Two Baby Foxes Playing With A Ball Is Paws Down, The Cutest Thing You’ll See Today!

Baby foxes playing in a backyard with a dog’s ball is by far the cutest thing I’ve seen today! You will not argue this fact, trust me.

Those tiny foxes are to die for! If only babies stayed little, a little longer…sigh. 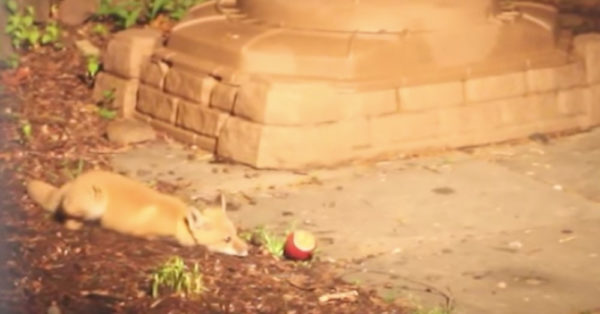 Source: YouTube/Two Baby Foxes Playing With A Ball Is Paws

In the meantime, watch foxes have fun below!

Four hungry, cold and frightened red fox kits recently arrived at Cape Wildlife Center. Their mother was killed by a car. These brave orphans are too small and won’t have the survival skills to live on their for at least five months.

Feed them until they can return to the wild!