A Wildfire Swept Across Central Florida. Firefighters Rescued This Little Guy From The Flames Just In Time!

A fast-moving brush fire swept across Central Florida, burning through more than 250 acres. Fire crews from Lake County came to battle the fire when they came across a tiny baby bear, wandering alone amongst the smoke. They were able to grab the bear and bring him to safety. 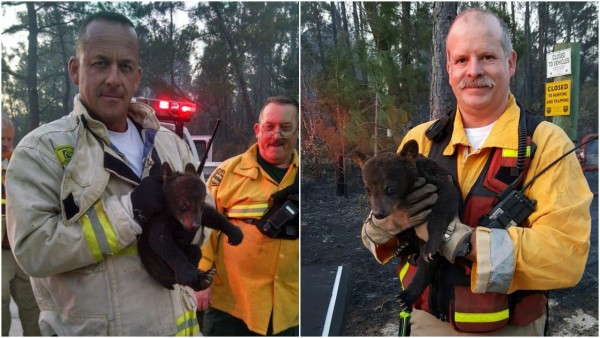 Weighing in at roughly 15-20 pounds, the bear cub received the name “Smokey Junior” from firefighters. SJ had little burns on his paws and face from the fire, but other than that he was okay. Florida Fish and Wildlife officers took him into their hands and will evaluate him and release him back into the wild when the time is right.