It seems as if the world is divided into 2 categories: those who love a thunderstorm and those who fear it. Of course, even those who love hearing the thunder will respect it, but there are many who love the booming sounds and the feelings that go along with a nice summer thunderstorm.

If you have pets in your home, you also realize that they can react to thunderstorms just as strongly. I’ve had dogs in my house that would run to find a place to hide as soon as it started rumbling outside. I’ve even had other dogs that would go comfort them during that time!

It seems as if this isn’t something that is only seen in our home, and we get to take a peek behind the scenes thanks to some surveillance cameras. The video was taken by a British wildlife artist of a baby barn owl. The owl itself is adorable, but watching it react to thunder is over the top! 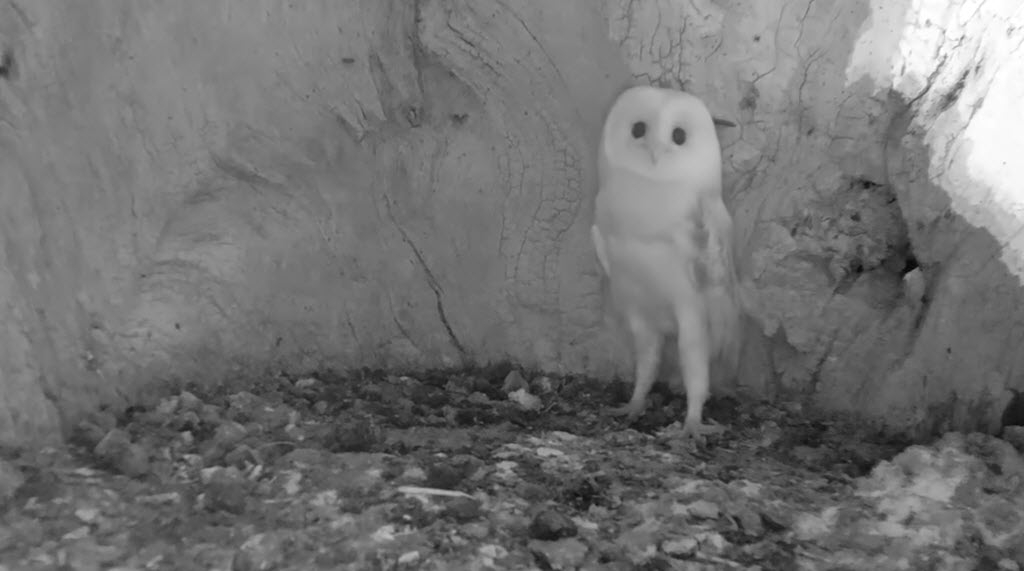 “This barn owl chick has never heard thunder before. At just two and a half months old the young owl is only just learning about the world when a deafening thunderstorm passes overhead.

Watch its alarm as the sky is ripped apart by a roar of thunder and accompanying flash of lightening.”

Fuller said that it was only 2 weeks earlier that the chick first took to the skies. It was still in the nest where the camera was hidden during the storm.

As a resident of Thixendale, North Yorkshire, Fuller often films owl behavior. He does so because of his love of the birds as well as to get subject material for his wildlife paintings.

Watch the baby owl react in the following video: