He Rescued A Baby Alpaca Who Fell Into A Hole. But 54 Seconds In, I Melted!

A farmer in Menomonie, Wisconsin, rescued a baby alpaca after he spotted her head peeking out of a hole in the grass. It looked like she had fallen into what appeared to be a badger hole, and wasn’t able to get out on her own. 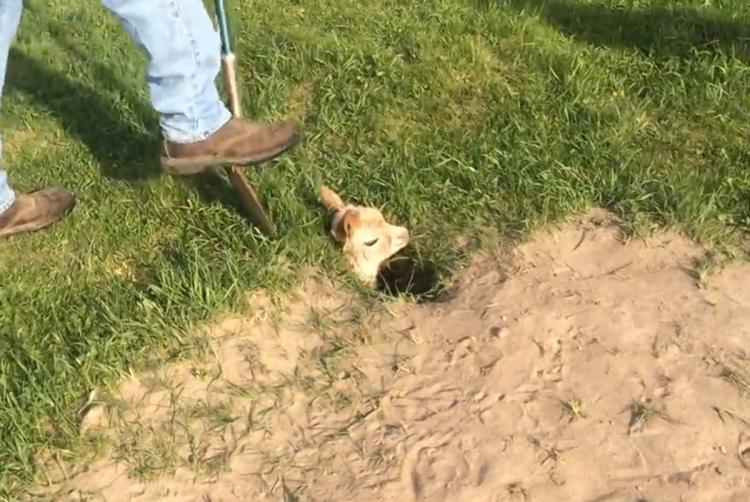 The alpaca, was just one of a few who were on Govin’s farm. She was only a week old and had gone missing one night. Fortunately, the farmer found her in the hole the next day, so she wasn’t stuck there for long. 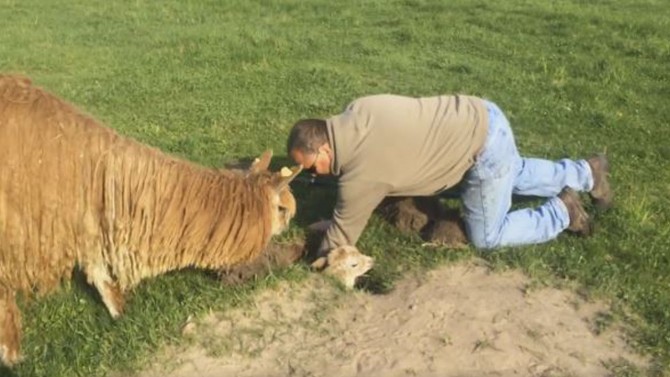 The farmer tried to pull the alpaca out with his hands, but her leg was stuck, so he had to get a shovel to dig her out. While he was digging her out, his wife got it on camera and posted it to Facebook, which has gone viral. 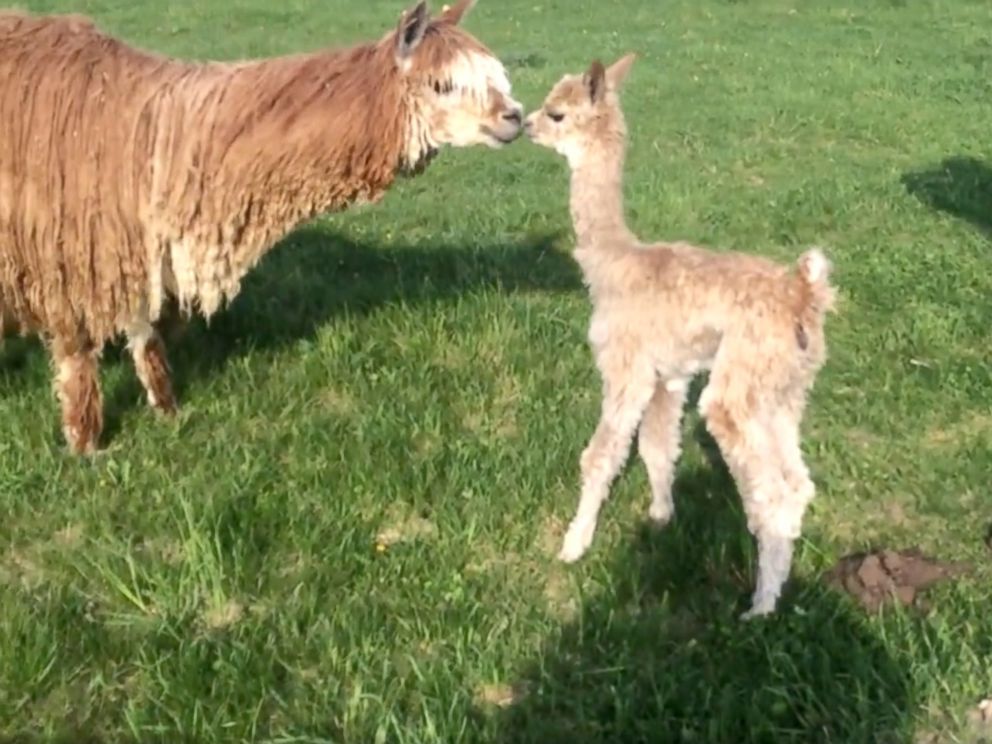 After she was rescued, you can see her run to her mom to give her a kiss. “She’s doing just fine now,” Govin told ABC. “We’re thinking about naming her Dusty. Alpacas love to take dust baths, and we think she was probably rolling in the dust when she slid into the hole by accident.”