In Sunny California We See The Ultimate Animal Face-Off! A Bear Vs… A Dog?

On a typical sunny day in California, everything is as it should be… that is until a bear decided to go for a wander in a neighborhood near Los Angeles. He was first spotted walking around a person’s backyard.

The bear seemed to be minding his own business. He looked as if he was enjoying his time exploring what this upper-class neighborhood had to offer. He even took to walking on top of a cinderblock wall. It was on the wall that the bear seemed to have spotted his intended destination. That destination just happened to be a pool. Guess he needed to cool down from his explorations! 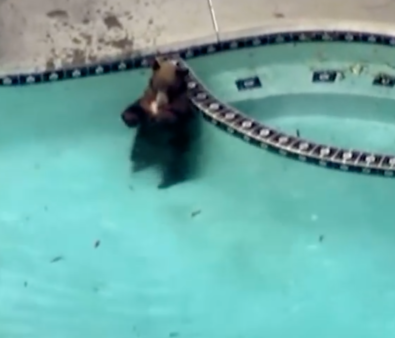 Upon seeing the pool, the bear hopped in and was content to just bask in the pool’s cool water. After his little cool down, the bear attempted to lounge in the mesh fencing, but that didn’t seem to work, so it was back to the pool he went. Unfortunately for him, time in the pool was cut short by the appearance of Ba Bao. Ba Bao didn’t like that this bear was encroaching on his territory, so what does he decide to do? Ba Bao decided to run the bear off!

Barking his little head off, Ba Bao took a running start toward the large bear. Startled, the bear ran off. But that didn’t stop the pup! Ba Bao chased the bear until he was off his owner’s property. The bear, not wanting anything to do with the courageous pup, ran for the safety of some trees.

When Ba Bao returned to his owner safe and sound, his owner expressed how proud he was of the pooch. Ba Bao showed how much the safety of his family meant to him by not even batting an eyelash when going up against a creature that was nearly triple his size! Ba Bao and his bravery, will, without a doubt, brighten your day! 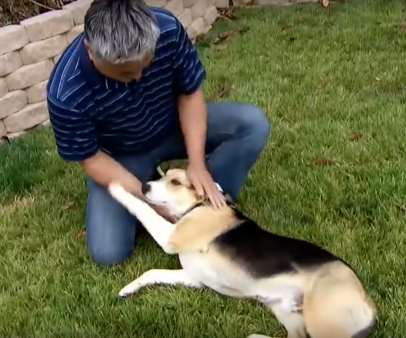