24 Hours Before Being Euthanized, Fearful Cat Gets A Miracle

Ayame was found on the streets of NYC with a litter of kittens. All of her babies were adopted so she was sent, all alone, to a high-kill shelter. 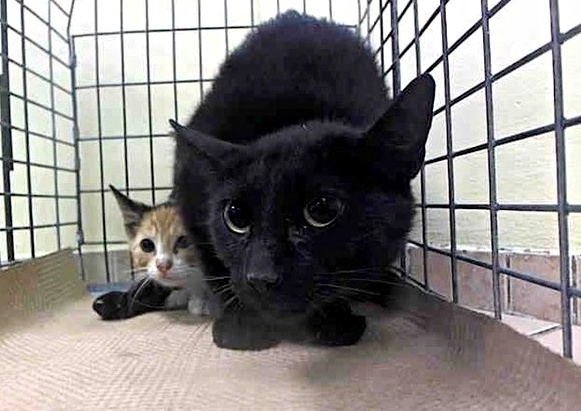 Because of Ayame’s fearful demeanor, she remained there until it was her turn to be euthanized. Just 24 hours before it was about to take place, a rescue group swooped in and saved her.

She remained with the rescue group for a LONG time! Three entire years. Ayame was so fearful of humans that she would scoot away when anyone came near.

Then, a woman came to the rescue group looking to adopt a cat and actually mentioned that she wanted one that wasn’t clingy. They immediately thought of Ayame. 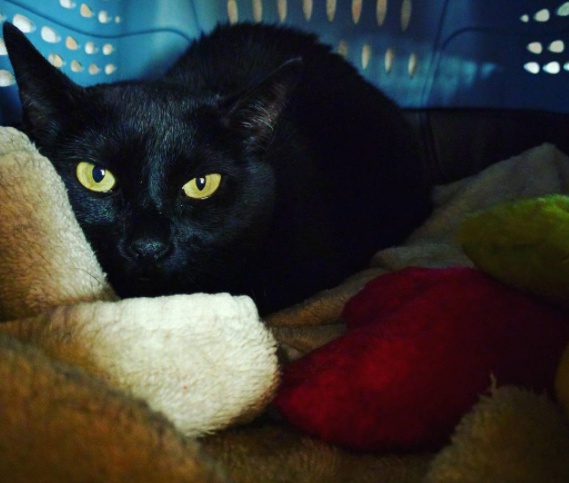 The woman agreed to take her home after hearing her story. Ayame spent her first few days with her new human under the bed, refusing to come out.

Then, five days later, Ayame got up the courage to go explore. More and more, as days went by, Ayame began to trust her surroundings. Her new human couldn’t pet her but Ayame would sit by her, watching as her human did things around the house. 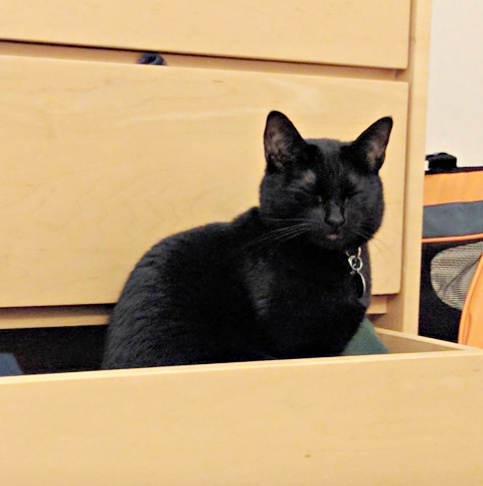 As months went by, Ayame came a bit closer. She still didn’t allow her human to touch her but she was definitely making progress. Her human truly believed it was only a matter of time until she felt confident, and safe enough to be touched. 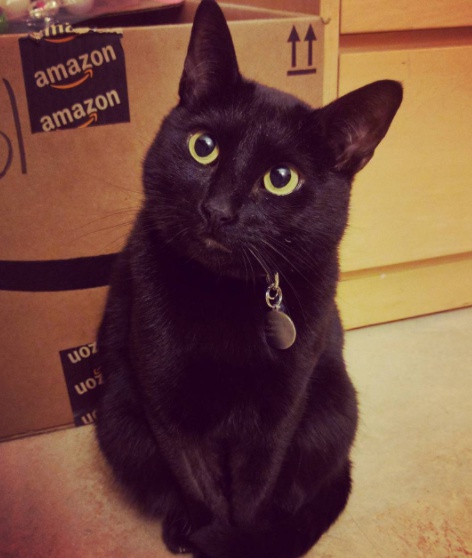 Ayame found a pair of her human’s earmuffs one day, and began to cuddle with them! Then, she started cuddling with her human’s clothes. Hmmmm. It seemed she liked her scent. Each time she did something like this, she got a step closer… and closer… 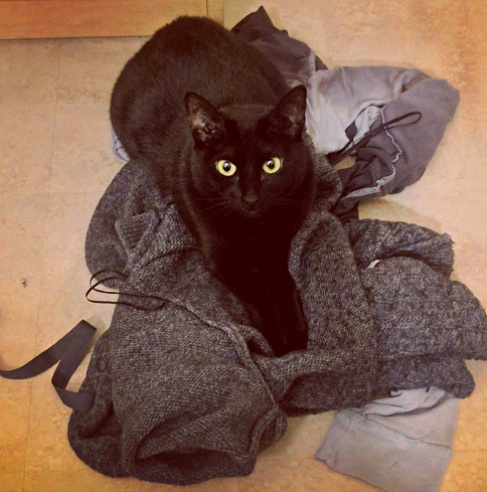 Until this happened! Her human was finally able to get close enough to do this!

It’s a year later since Ayame left the scary high-kill shelter. She went from death row to a forever home all because a human wasn’t scared to give her a chance.