He Pulled Over When He Saw A Dog In The Middle Of Nowhere. Then He Heard The Cry For Help

Very little surprises Marty Hall Jr., a California tow truck driver who has encountered plenty of strange scenarios during his life on the road. So he initially didn’t think much of the dark spot up ahead on his regular route. 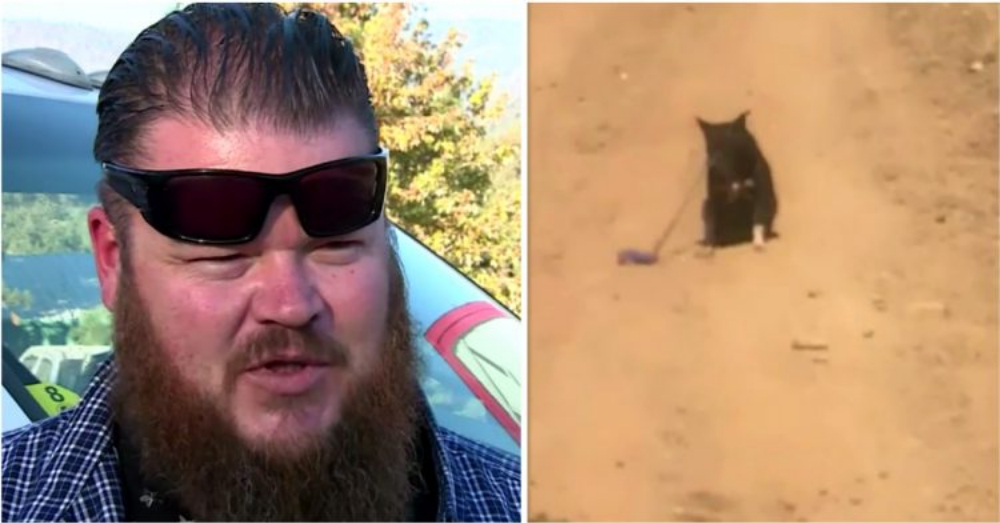 Hall could eventually make out the figure of a dog, so he hit the brakes and jumped out to take a look. The driver immediately noticed that the dog had a collar with tags and even a leash, even though there wasn’t anybody else in sight. Even for somebody who’s seen it all, Hall found the entire situation rather odd!

Hall eventually tried to get the dog’s attention with a leftover bit of sandwich, but the animal refused to budge. Not only did he refuse to eat, he just stared back at Marty, as if willing the driver to do something.

That’s when Hall heard a faint cry from the bushes nearby, according to FaithTap. “Hold on! I heard something,” he called. “Hello?”

When the dog suddenly darted into the bushes, Hall dodged branches and logs to follow closely behind. That’s when they came across Paul, the dog’s elderly owner. The man had tripped and fallen down the embankment while out for a walk that morning. Seven hours later, he was still lying here, too injured to climb back up the hill. 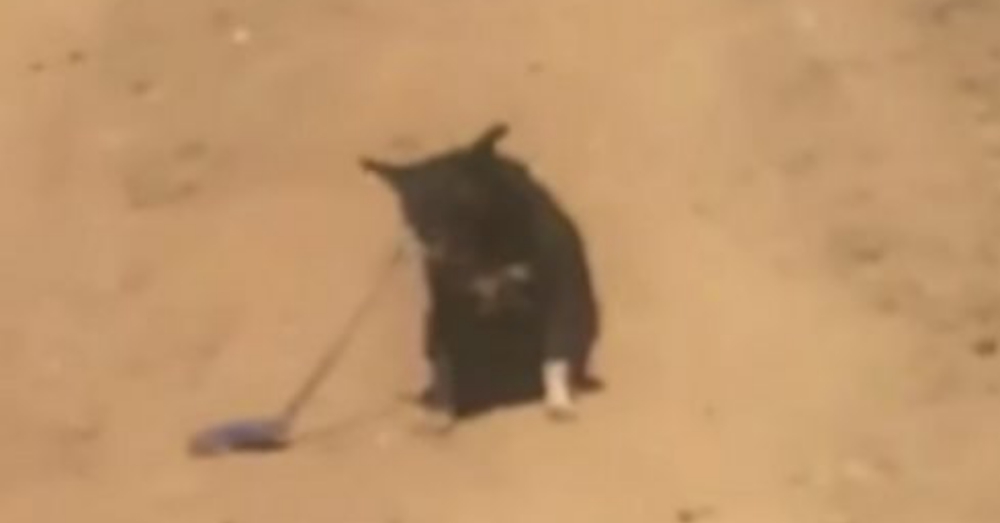 “I saw him just kinda… I’m trying to comprehend what to do at that moment,” a choked-up Hill told ABC 7.

Hill helped Paul home where his wife called 911; before long, the ambulances were on the way. Now that Paul is regaining his health back in the hospital, Hall is applauding the man’s faithful canine, who somehow knew exactly how to get his owner life-saving help.

How would your dog react in this situation? You can watch this dramatic rescue below!