Man Is Approached By Puppy At Work, Quickly Realizes There Is More To The Story 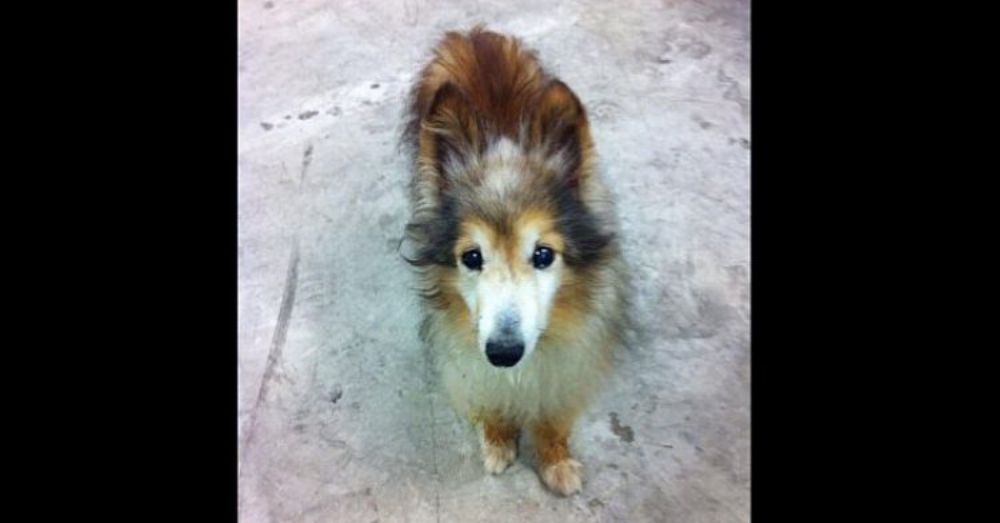 Cody Leightenheimer was walking through the factory where he worked when he came across a very surprising sight. An abandoned Sheltie was waiting on the factory floor to meet him.

The skinny dog with matted fur was clearly in need of some love and attention. It was almost as if Cody could read the scruffy mutt’s mind – he didn’t have anywhere to go, and was in desperate need of a safe, loving family. 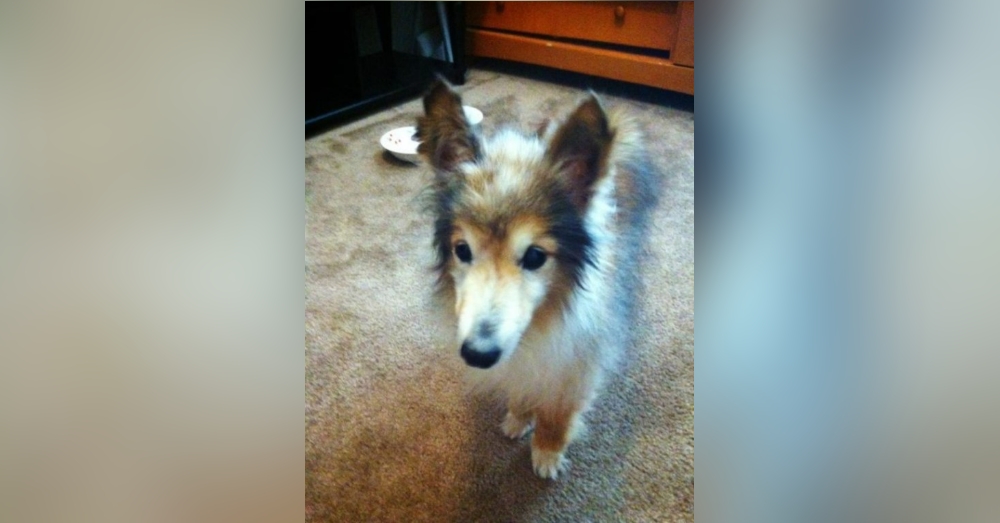 Cody took the stray back to his house, where the pooch – likely realizing it was finally safe – instantly fell asleep on the floor. Cody’s next task was transporting the animal to the vet. It wasn’t at all clear the poor creature had ever received medical care. 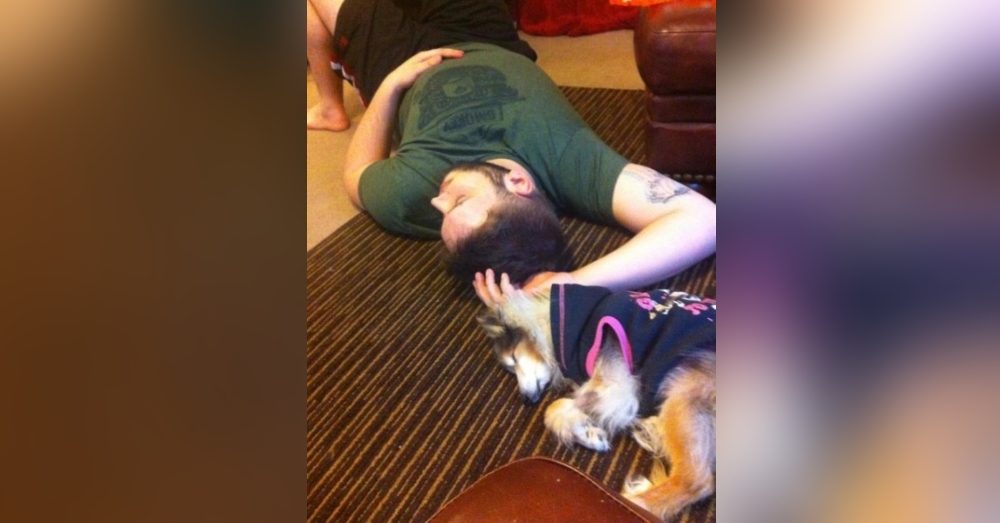 Unfortunately, the veterinarian wasn’t able to give the animal a clean bill of health. Not only was the Sheltie extremely malnourished, the dog suffered from ulcers. The poor creature, which also didn’t have any teeth, was given just 3 to 12 months to live. 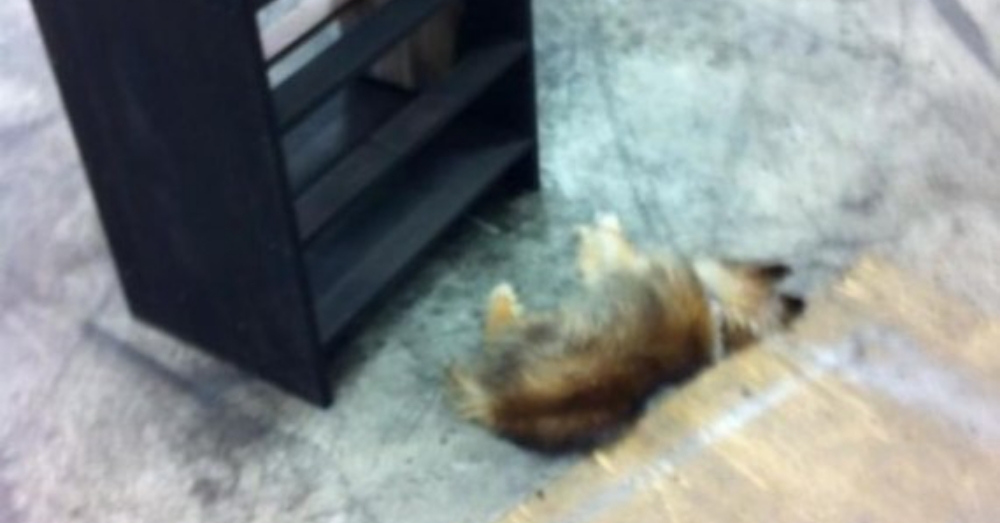 The veterinarian wasn’t overly optimistic this scruffy creature would pull through, but Cody had a feeling a little love and attention would help the pup, “Toothless,” thrive. Cody and his family took shifts spoon-feeding the poor creature to help him regain his strength. 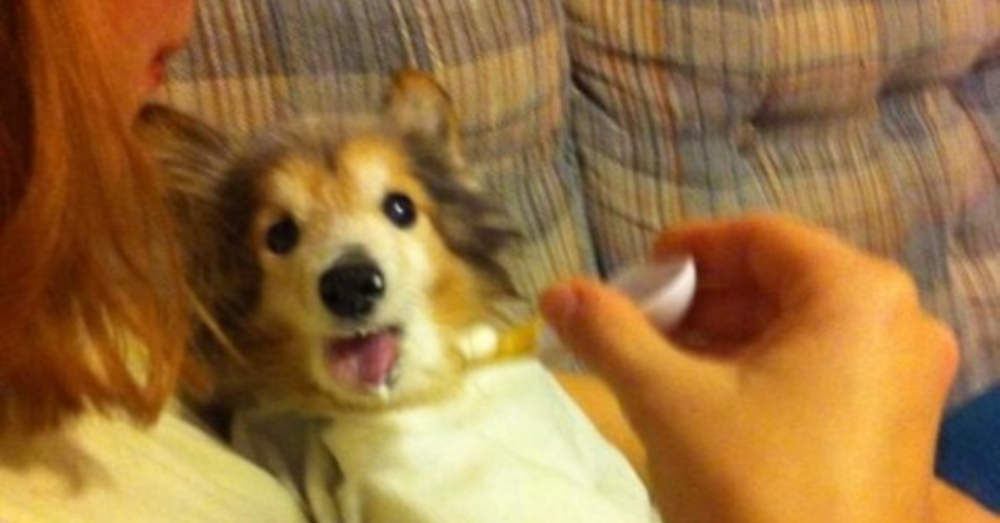 Unfortunately, such hands-on care didn’t initially seem to make a difference. Cody sadly acknowledged that the vet may have been right after all.

Then one day, something truly miraculous happened. The dog started to gain weight, his ulcers grew smaller, and his health finally seemed to be improving. His return to health was such that Toothless even dressed up for Christmas that year, which was certainly a first in the dog’s unfortunate life. 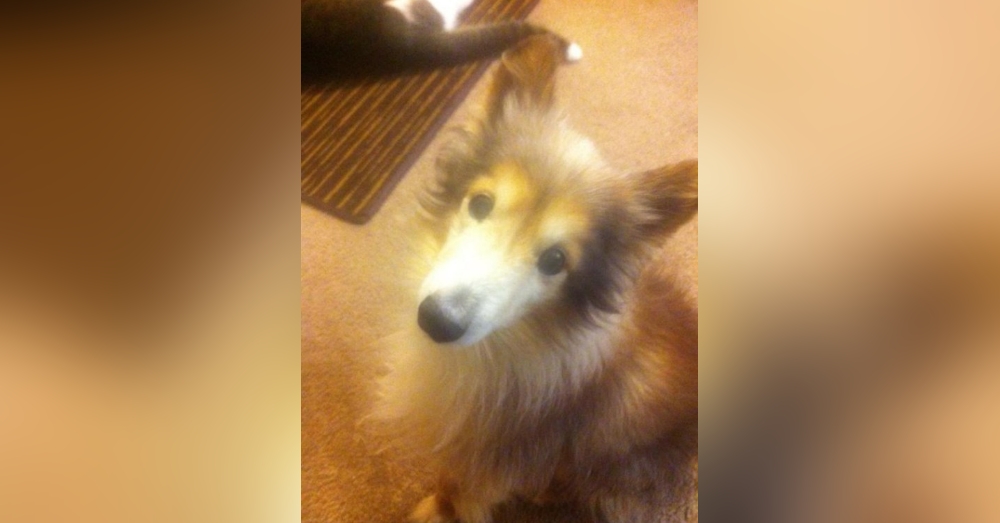 Cody and his family were thrilled they were able to bring Toothless back from the brink, and – despite the odds – this sweet dog has finally found his forever family.

What do you think of Toothless’ sweet rescue story?