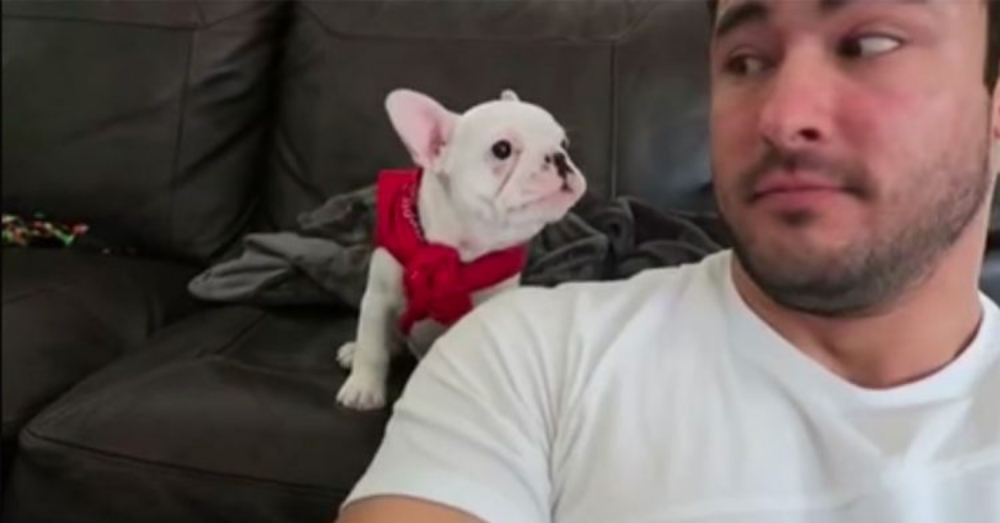 What’s the only thing cuter than a tiny puppy? A tiny puppy wearing a bandana.

That’s how a YouTube video of a young puppy and his human parent complimenting his canine fashion sense has lit the Internet on fire.

“This adorable little puppy looks even more handsome than normal in his bandana, and his owner likes to remind him of this,” the video description explains. “However, the puppy hasn’t quite learned how to graciously accept a compliment and barks every time he hears it.” 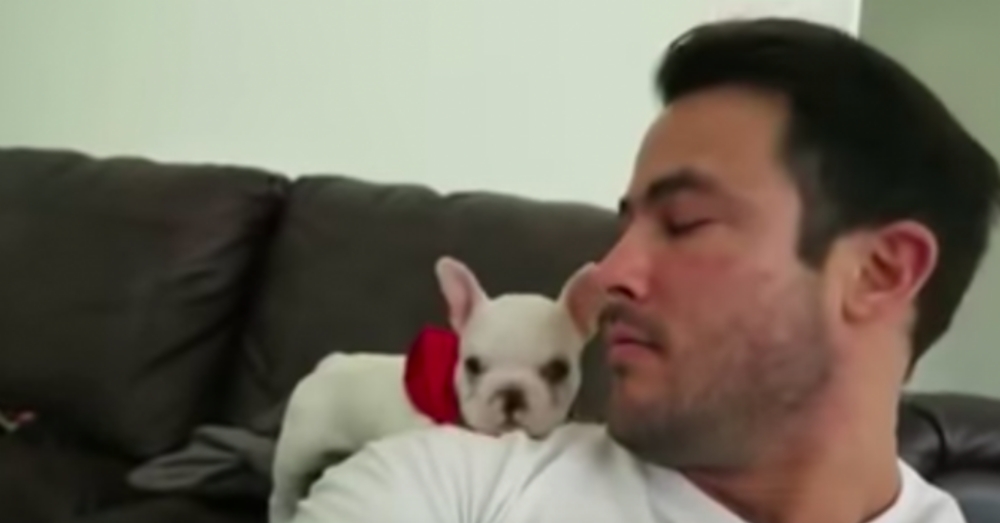 In the clip, the baby Frenchie does indeed looking dashing in his freshly pressed red bandana as he reclines on the couch. “Hey, how do you like your bandana? You like it?” his dad, Sean Sarantos, asks.

The baby pooch seems to bark in the affirmative and slathers his beloved pet parent with kisses. “It’s pretty nice,” Sean continues. “You look handsome.” 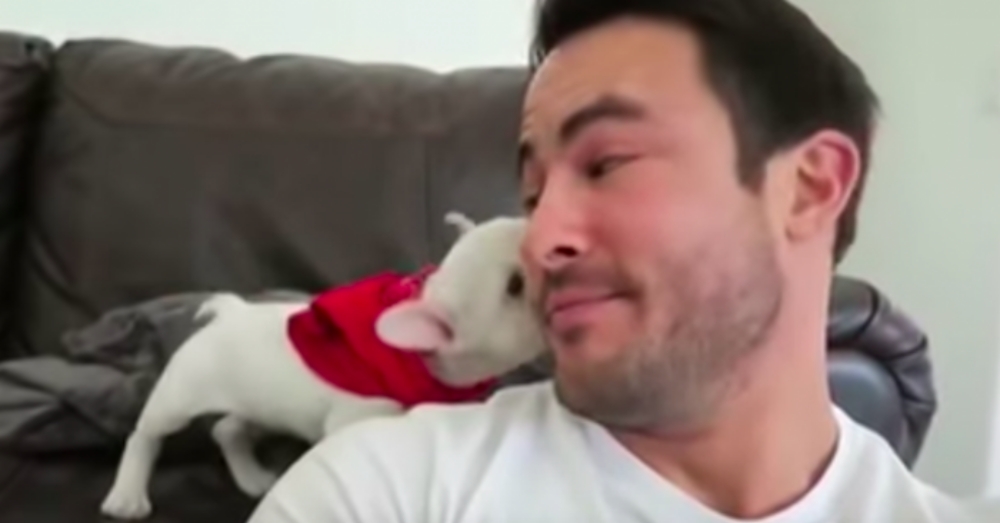 The puppy continues barking, as if he’s fishing for more compliments, and then thanks his dad with a little love nibble. “I still think you look handsome,” Sean continues to gush. “How do you like your bandana?” 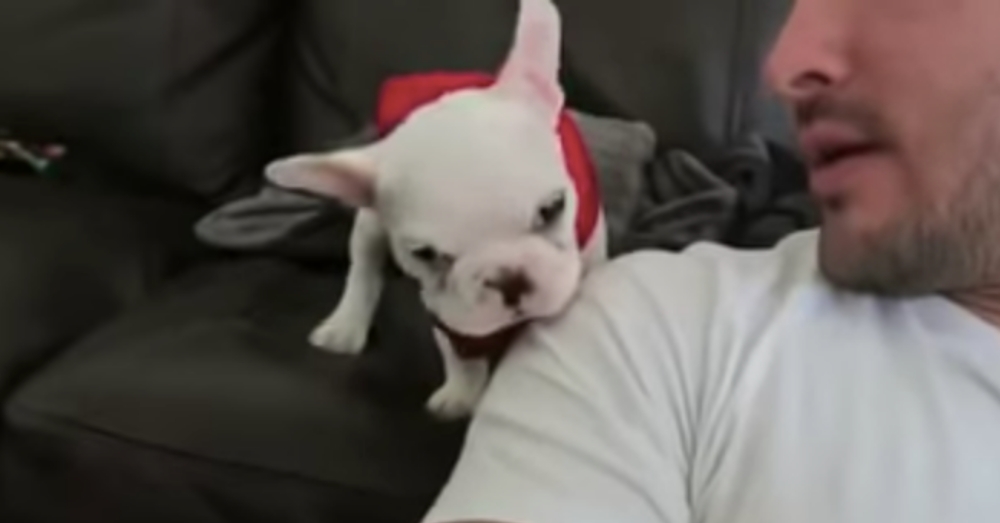 Finally, the puppy raises a tiny paw, as if he’s overcome by all this flattery, although this doesn’t stop his loving human from continuing to lay it on thick. The adorable conversation finally ends when the puppy lets out a little sniffle and, once again, starts nibbling on Sean’s ear. 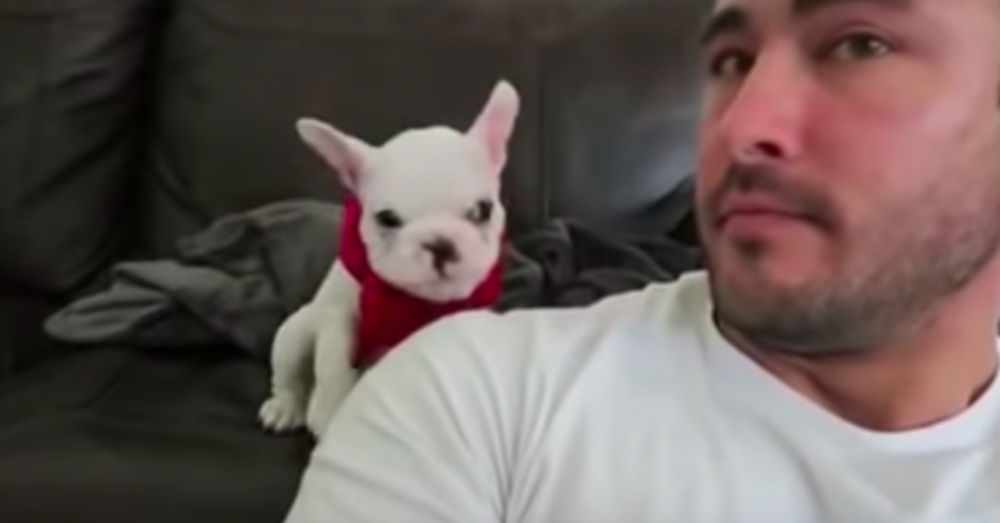 “Puppy and daddy are soooo cute together,” wrote one commenter. “I love frenchies soo much. Clearly there is love between these two.”

Another user wrote: “such a cute puppy! I love his personality. My boyfriend’s puppy makes the same air sound with his nose when he doesn’t like something we tell him.” 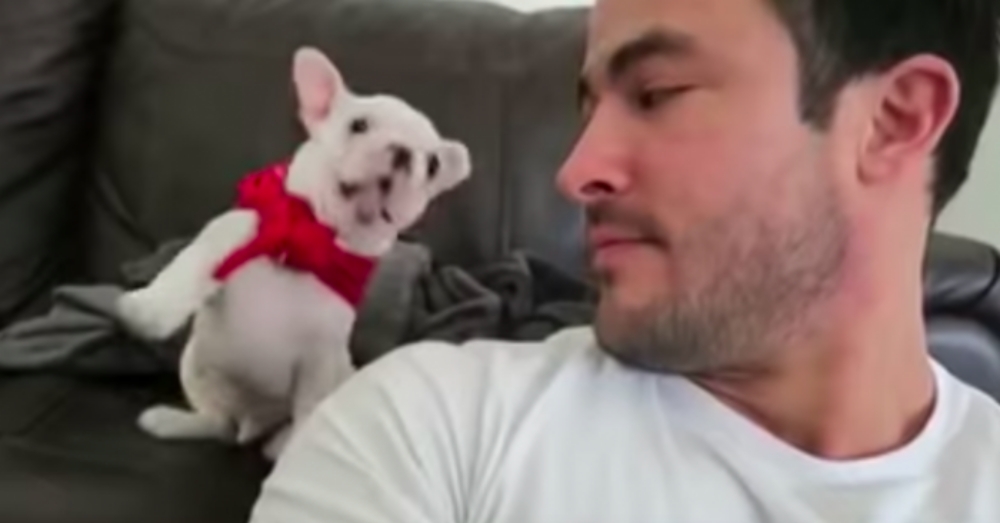 “Both are wonderfully cute, but the little guy tops the chart with that little bark and paw action,” a third viewer agreed. Check out this paw-warming video below, and don’t miss this cutie’s Instagram page, @stinkylinkythefrenchie, for more adorable Frenchie antics.

Ready to swoon? Then check out this adorable video below!