Passerby Notices Goose Nursing Something Under Wings, Gets Closer, Realizes What It Is 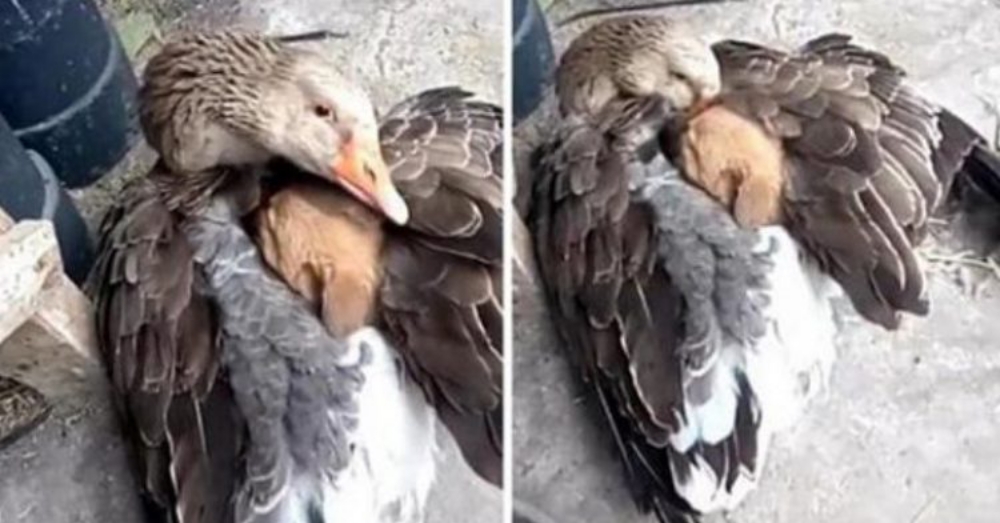 Everybody loves puppies, but humans aren’t the only species moved to help baby dogs in need.

A passerby recently happened across a heartwarming scene when he witnessed a goose warming an abandoned puppy with its wing on a cold day. The goose had apparently found the shivering puppy all by himself on the street. If not for this feathered intervention, the tiny animal might have died. 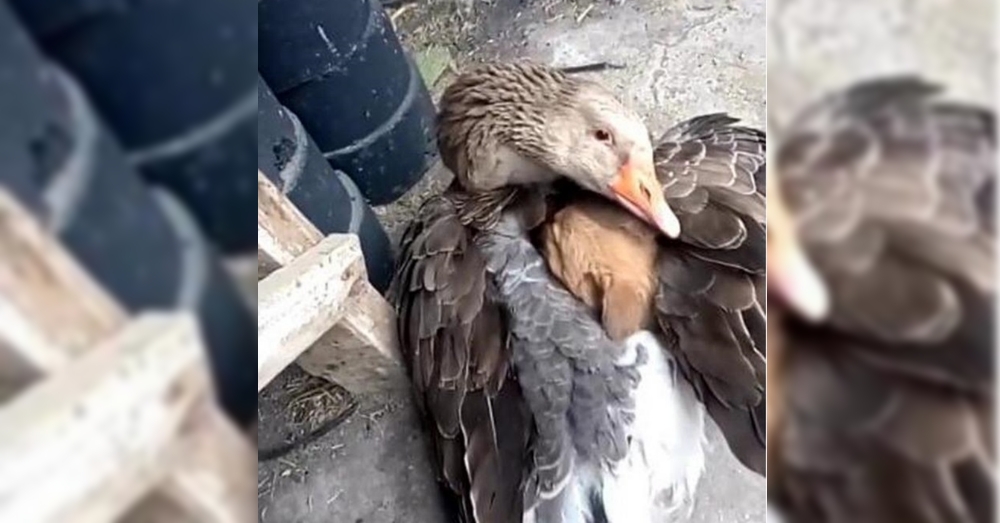 As the pedestrian watched, the goose repeatedly nuzzled the dog with his beak, as if trying to tell the four-legged orphan not to be afraid. Naturally, such a heartwarming scene quickly went viral. It’s definitely one of the cutest things we’ve seen today!

For some reason, dogs and geese frequently get along. It’s not uncommon to see such odd couples play around on the farm, but this is the first time we’ve seen a city goose take a puppy – quite literally – under his or her wing.

Regardless, we think there’s a lot humans can learn from this particular episode, because people are often afraid to reach out those who are different! Not only did this goose very likely save this puppy’s life, s/he made a new best friend. It should inspire us all to extend similar acts of kindness!