These Giant Cats Have Taken Over A Woman’s Farm, And These Photos Are Proof 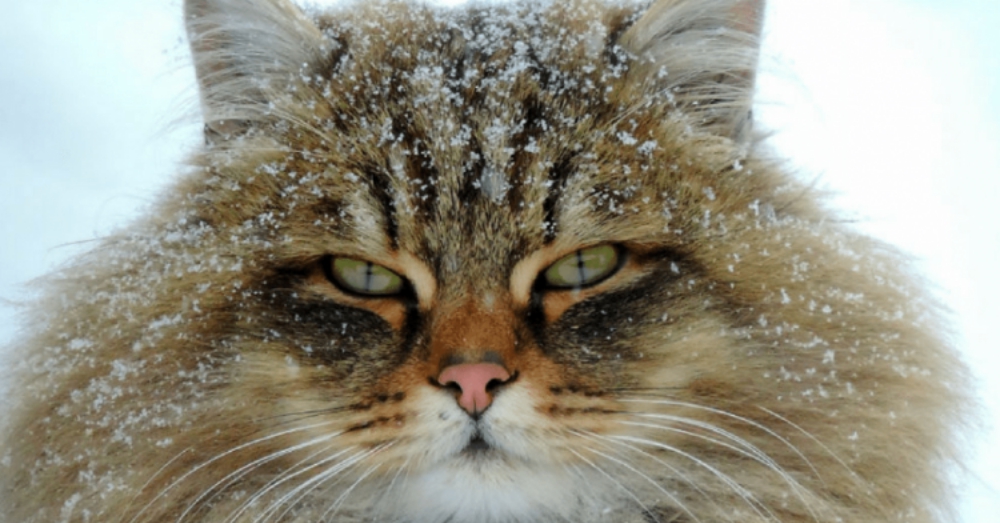 Along with freezing cold winters, a small Siberian village outside of Barnaul, Russia, is also known for a high population of cats. The growth of resident felines is such that one local farmer, Alla Lebedeva, has started referring to her property as “Catland.” 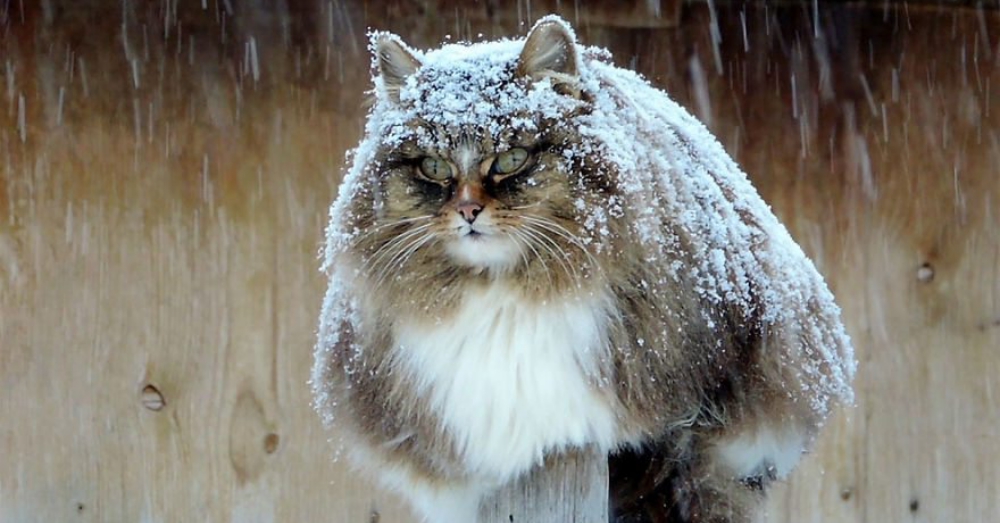 In an interview with Design YouTrust, Lebedeva revealed that she and her husband Sergey are partially responsible for the town’s swelling number of feline residents. “How many do we have now? To such a question I usually answer ‘a million, maybe more,’” she said.

The Lebedevas started feeding this especially large, furry breed when they realized how efficient Siberian cats were protecting their other farm animals. 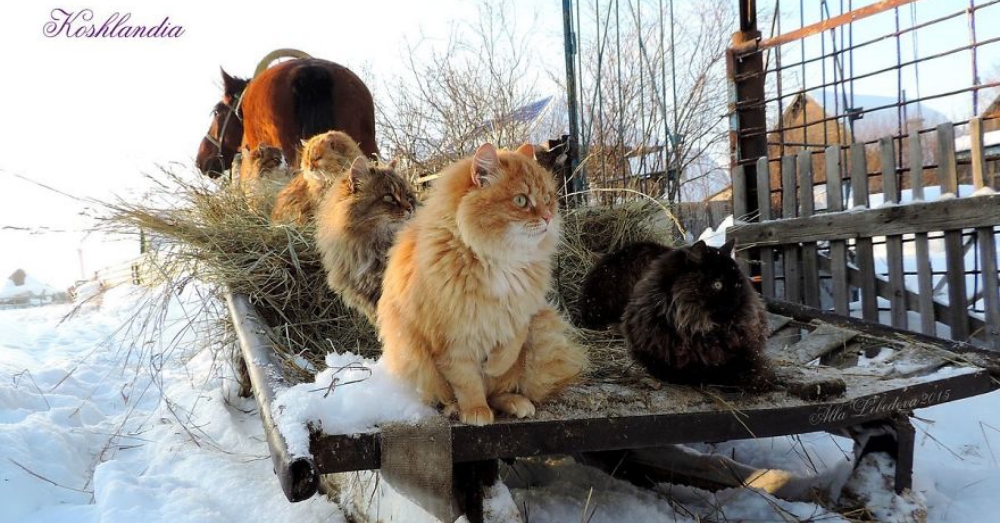 “They have three ‘little bedrooms’ there where can they sleep according to how they feel,” Alla Lebedevas said of the cats’ permanent residence in her hen house, which is stuffed with insulating straw. “Our cats protect the chickens and rabbits from rats and mice.”

Regardless, the farmers’ feline family has ignited debate on the Internet, which seems alternately taken by the cats’ striking beauty and size and concerns that these extra-furry animals shouldn’t be sleeping outdoors. 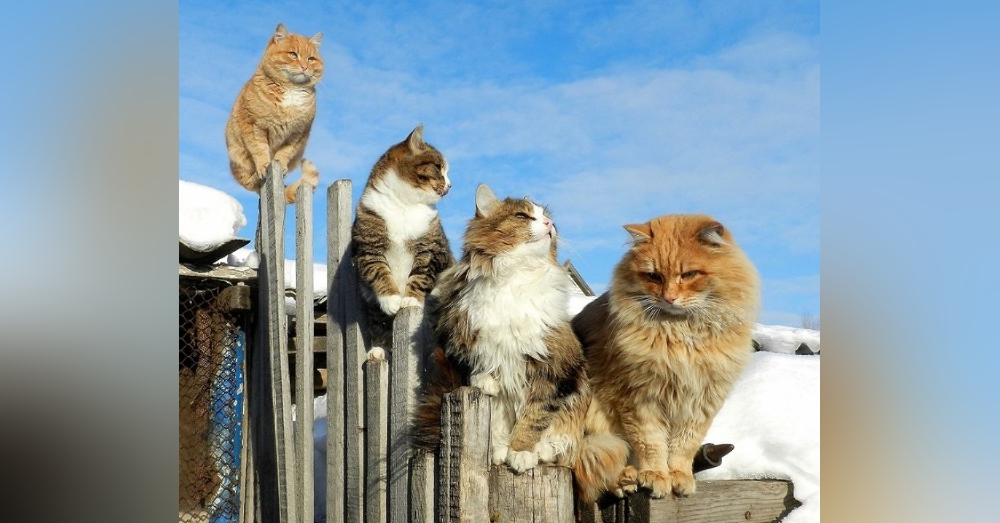 “Those cats are beautiful and even though they love the snow I just wish they were all kept indoors where it is safe, warm and out of harm’s way,” wrote one user.

“These cats have a very thick fur,” somebody else countered, pointing to their plush fur coats – and the lack of predators on a rural Siberian farm. “They are warm!” 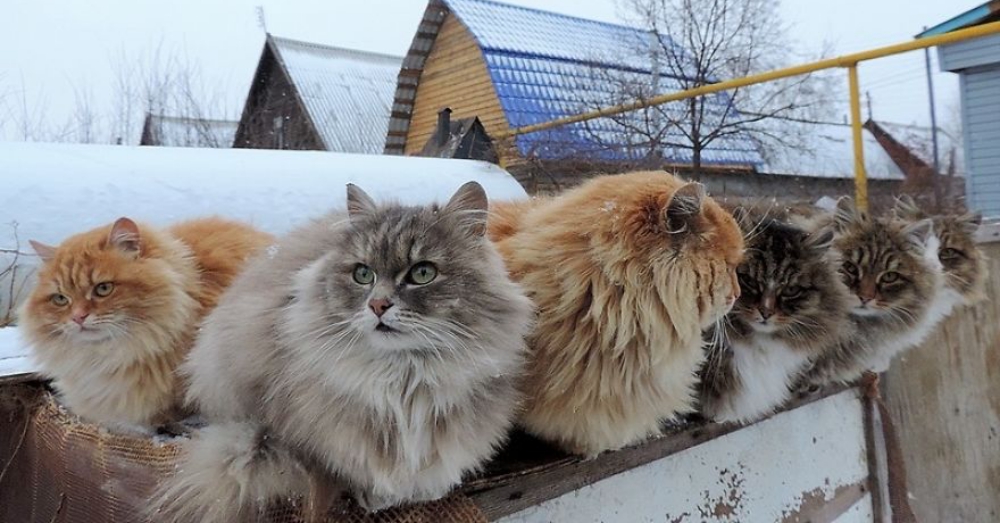 But others remained unconvinced that the colony’s fur coats were enough to ward off Siberia’s winter chill. “Just because some cats might like the cold, doesn’t mean it is safe to leave them outside on their own,” another user wrote.

“So many pet owners seem to think their only obligation is to provide food and water. These are domesticated pets not animals accustomed to living in the wild.” 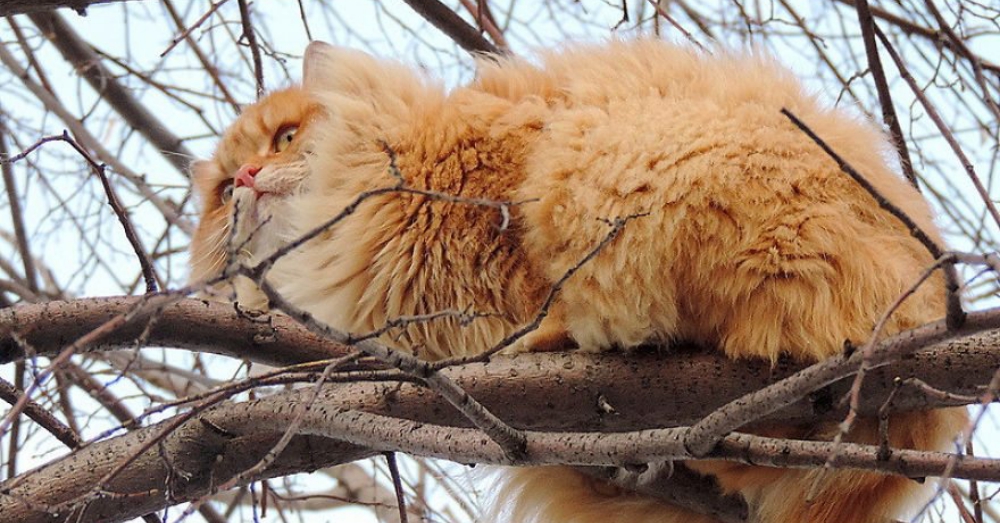 Others noted that these cats — by merit of being born and bred in one of the world’s coldest regions — actually thrive in brisk weather. “These particular types of breeds naturally enjoy the snow and have great skills as hunters,” this person wrote.

“Not because they are forced to forage, but because it is the nature of the kitty. This of course and only if they are not kept indoors.”

What do you think? Should these animals be kept inside? Find out more in the video below!