Dog Walks Up To Officer And Starts Barking Aggressively, Points Cop In The Direction To Run

Officer Jeff Gonzalez was on a rather routine patrol through Washington County when he saw a lonely black lab running down the street. The dog clearly in distress, but Gonzalez noted that he also wearing a collar and didn’t appear to be a stray. 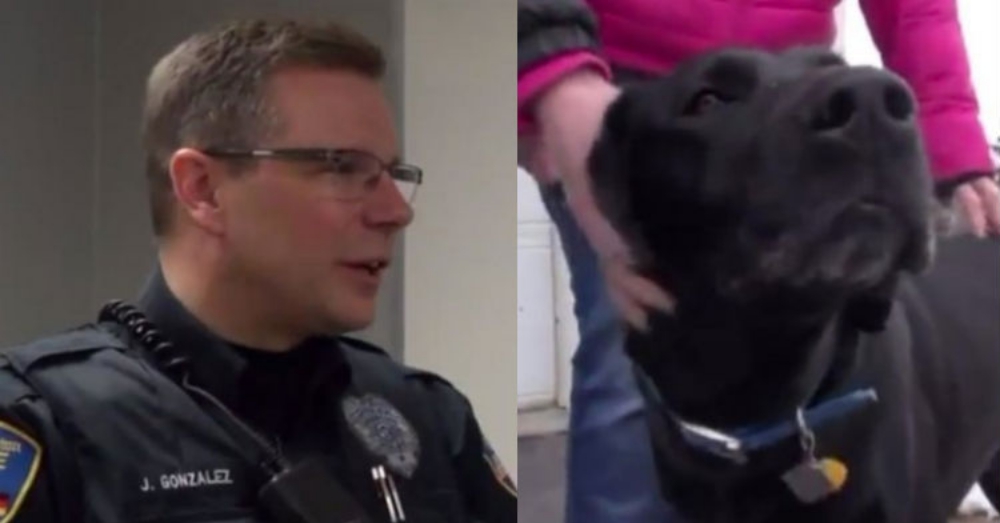 “He stood there and barked a little bit, then I rolled down my window and called to him,” the offer recalled. “Then he wagged his tail and got more friendly until I got out of my car. And then he ran a little bit.”

Gonzalez followed the dog as he darted off into the neighborhood, which was relatively small. There he learned that the animal, which was named “John Boy,” was trying to send him a message.
The dog was leading the officer to his owner’s house, where his owner had collapsed in the yard.

“To be honest with you, I thought she was dead,” Gonzalez recalled, remembering how the victim was very cold to the touch and that her lips were blue. Miraculously, the officer finally detected the faintest sign of life.

“I was able to determine she was breathing and had a pulse,” the officer said of the woman, who was named Krystal. “I called for assistance and my partner was close. So, together, we got her in the house.”

“He said that they thought that she was dead,” said Krystal’s daughter, Tianne Wendt, recalling the officer’s first words to her. And she probably would have been had not this quick-thinking dog intervened.

They would later realize that Krystal had let John Boy out just moments before she had collapsed and lost consciousness. She would lay there on the lawn for two hours while her faithful companion scoured the neighborhood for help.

Once her daughter arrived, Krystal was rushed to a nearby hospital, which ran some tests and soon had this elderly woman up and running again quickly. But Krystal’s miraculous recovery wouldn’t have been possible without John Boy’s quick-thinking actions. Not only are dogs clearly smarter than we give them credit for, it’s also important to listen when they speak.