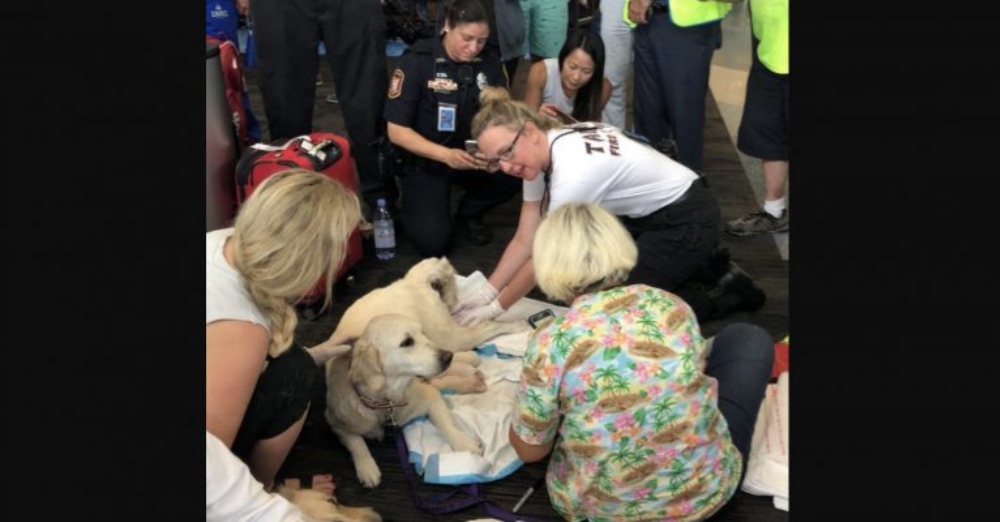 Flying service and therapy dogs have experienced a growing number of on-board restrictions of late, which is possibly why one Labrador Retriever opted to pull the ultimate stunt just past the security gate.

Fellow travelers were initially confused when the Yellow Lab, Eleanor Rigby, suddenly lied down and refused to move. It wasn’t the best time for Elle’s doggone antics. Everyone around her — including owner Diane Van Atter and doggie husband, Golden Nugget — were preparing to board their flight to Philadelphia. 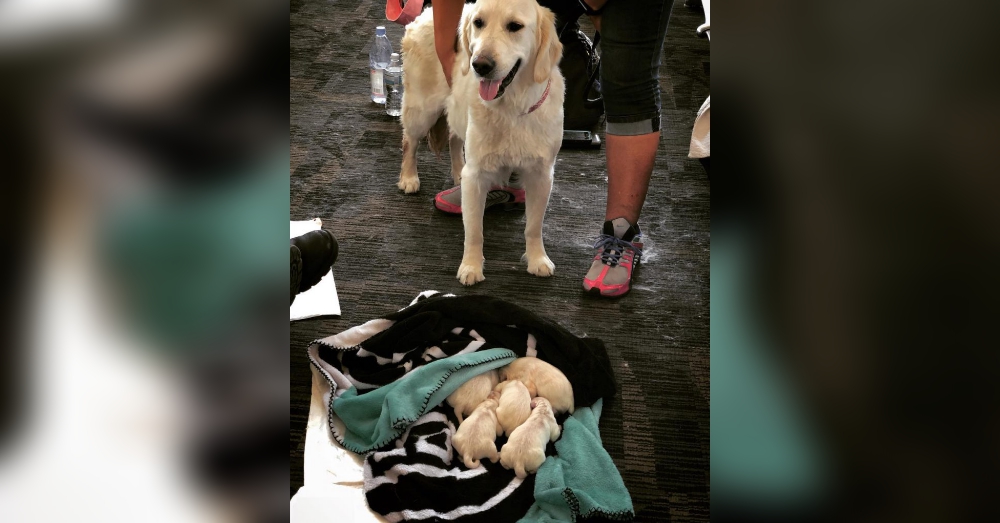 As the dog quietly started to whimper, it became clear that Eleanor was actually going into labor – right in the middle of the departure gate. The airport’s usually harried crowds slowed down to witness this amazing development as Tampa Fire Rescue rushed to the scene. 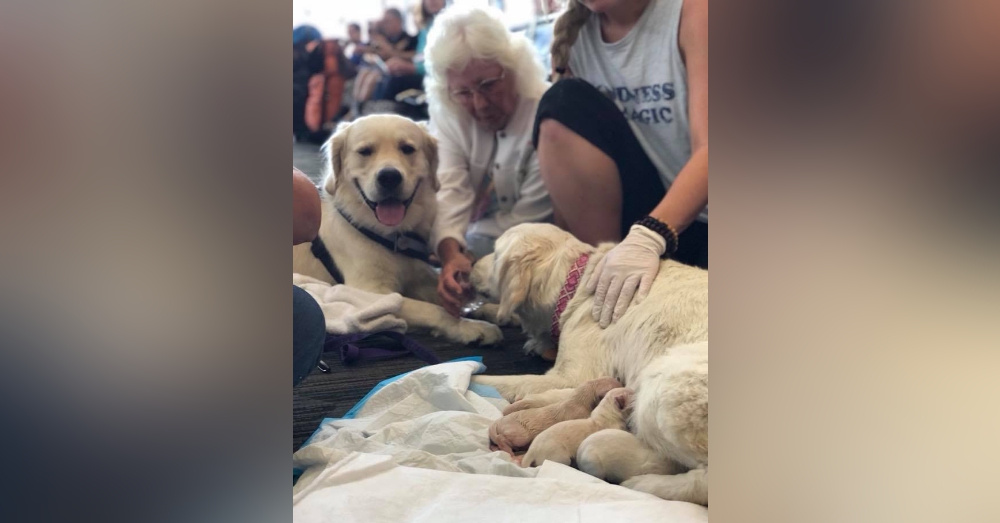 Eleanor Rigby would produce 8 puppies in the departures gate over the next 3 hours, all the while Golden Nugget beamed with fatherly pride. Of course, the unexpected delay caused the entire family to miss their flight, but this unexpected miracle of birth was worth it.

“I was here since puppy five,” a fellow traveler told Fox News 13. “It’s on Instagram. We’re getting a lot of likes.” 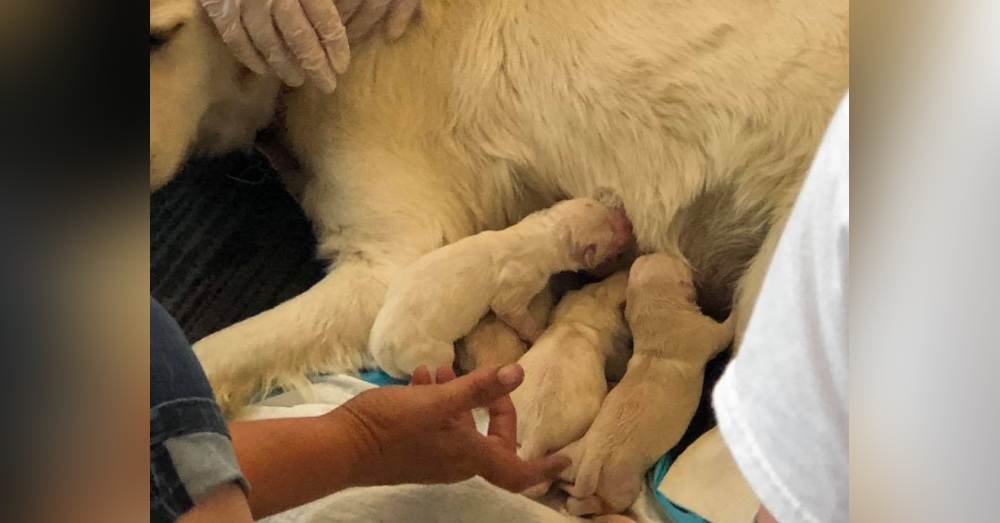 After the ordeal was all over, the 2-year-old lab had delivered eight healthy puppies with the help of the quick-thinking fire and rescue crew that had rushed to the scene.

“They have our names of course!” paramedic Natalie Brown told Fox News 13. “And of course, the last one’s Natalie, it’s a girl!” 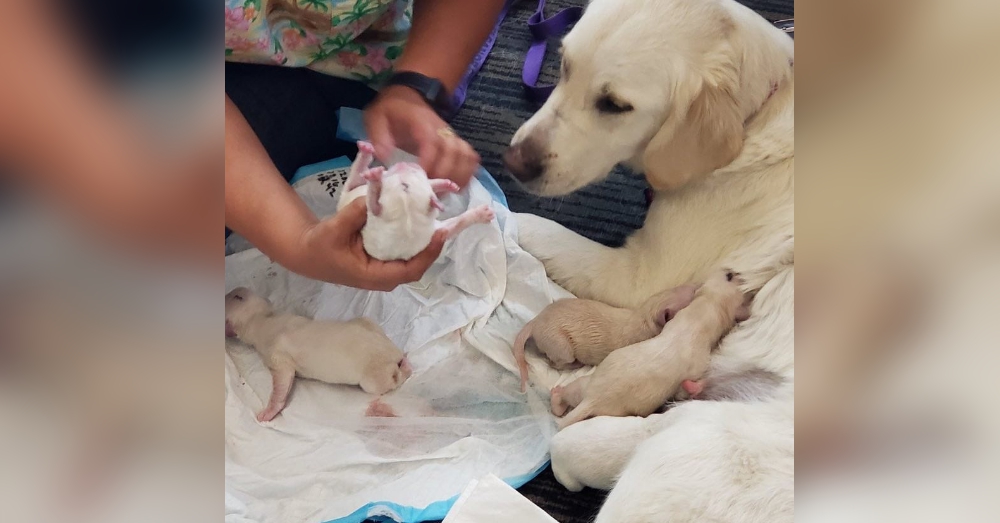 Learn more about this amazing story in the video below!

Severely Neglected And Malnourished Puppies Rescued Just In Time: Click “Next” below!