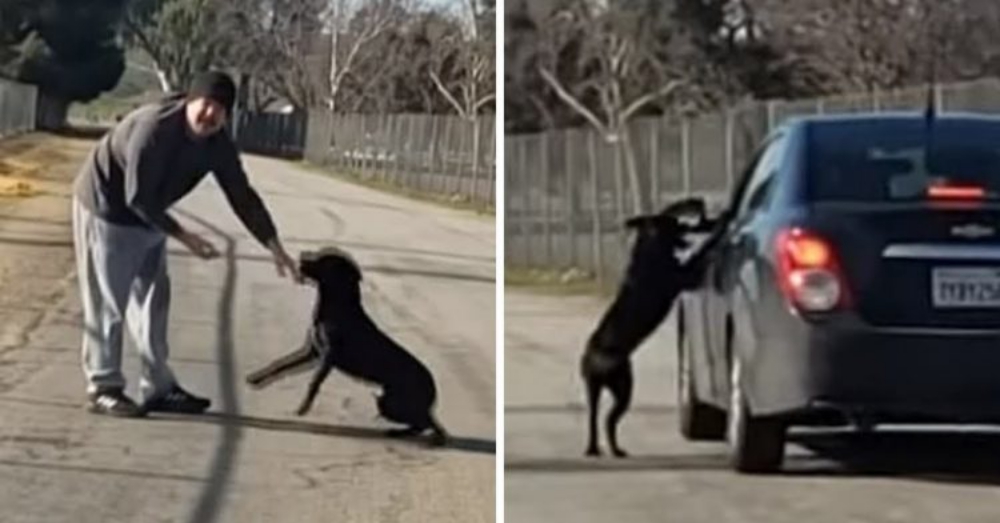 Some people aren’t cut out for animal ownership, which is fine – unless they already have a pet at home. Still, most do the decent thing and drop their dogs or cats back off at the shelters. Less thoughtful folk simply leave their pets sans food or water on the side of the road.

This more unfortunate scenario recently unfolded in Bakersfield, California, where a man named Stephen Sage Silver watched an irate couple start hitting their dog in the face on a quiet road near Lake Ming. When Silver stopped to demand to know what the driver was doing, he had fighting words for the Good Samaritan, too. 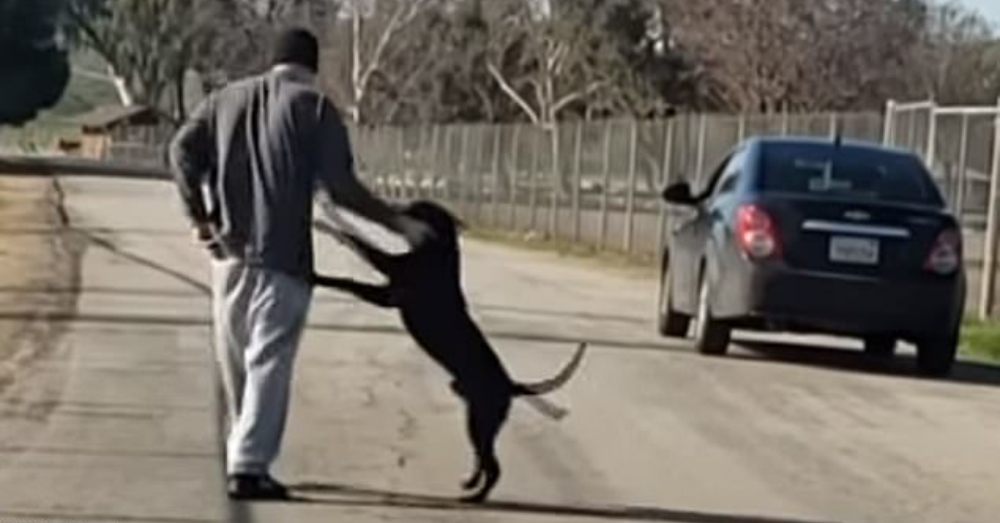 The dog, unfortunately, believed that his owners were simply playing a game. As you can see in the following video, which Silver recorded at the scene, the disgruntled dog owner keeps pushing his pet away, but the dog thinks they’re playing, and keeps coming back for more.

Suddenly, the man gets back in his car and hurls another threat over his shoulder. “It’s your dog, not mine!” he yells as he gets into his car and speeds away. 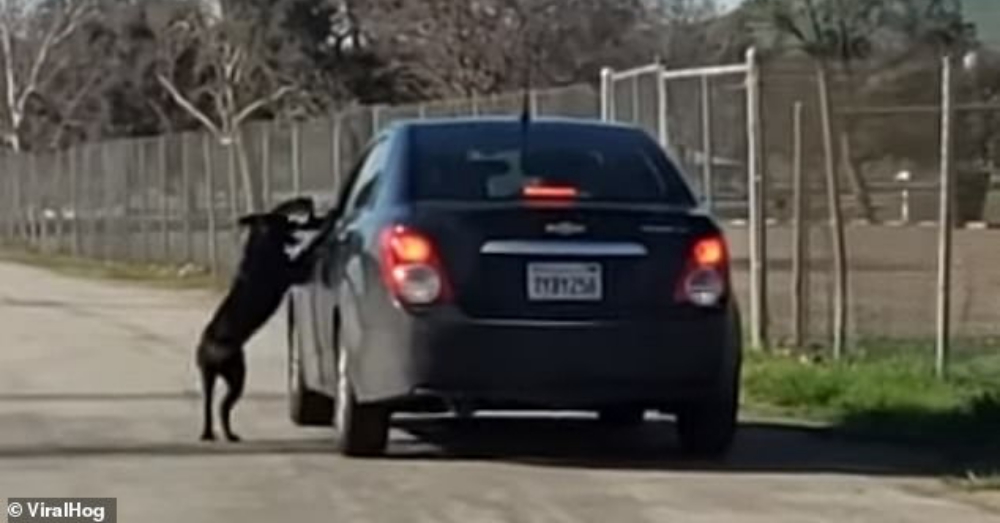 But Silver didn’t want to encourage such behavior, even if this animal would be better off in almost anyone else’s home. “Hell no, that’s your dog, man! That’s f**ked up,” he said. “This guy is dumping his dog right here.”

Meanwhile, the dog keeps trying to climb back into his owner’s car, despite the man’s repeated efforts to push him away. At one point, the driver even tries to steal into the car through a gap in the driver’s side door. Finally, he picks up the dog and throws it out into the road. As the animal picks himself up, this terrible couple simply drives away. 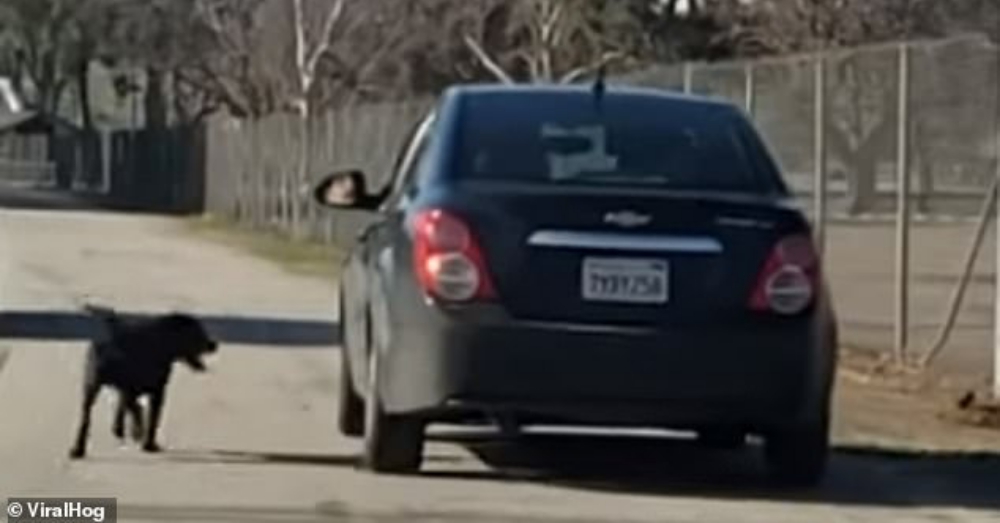 Silver pulls up alongside the lonely animal once his owner sped away and — unsure of what else to do — called for help. Kern County Animal Services quickly arrived and took the dog into their care, which will hopefully include finding a forever home for this sweet dog very soon.

In the meantime, Silver has tried to share his video on Facebook, both to share this dog’s story and hopefully bring this cruel couple to justice.

What would you do if you witnessed the terrible scene Silver captured on video below?