Rescue Dog With Autoimmune Disease Proves Beauty Comes From Within

Beauty comes in all shapes and sizes, and one dog is showing that beauty is more than just what you see on the outside. Phoenix is a dog with a beautiful soul, sadly, he doesn’t often get a chance to show that since so many people cannot look past his outward appearance. All he wants is what any dog wants – to be loved.

Phoenix’s story began over a year ago when he was abandoned as a stray. He attracted attention whenever people saw him roaming the streets in search of food. However, any potential aid quickly died out whenever people got a closer glance at Phoenix’s face. Unfortunately, that led to loads of people referring to him as “freakish” or “horrifying.” Thankfully, there were some who were more than willing to look past his appearance in order to offer him a helping hand. 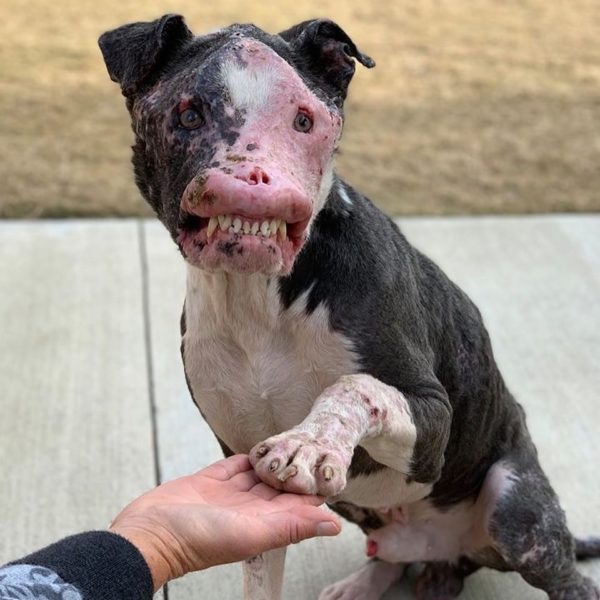 People with the Skiatook Paws & Claws Animal Rescue in Oklahoma didn’t hesitate to come rescue the poor dog when they received a call about him. His appearance made no difference to them, and they vowed to help him just the same as they would any other dog. 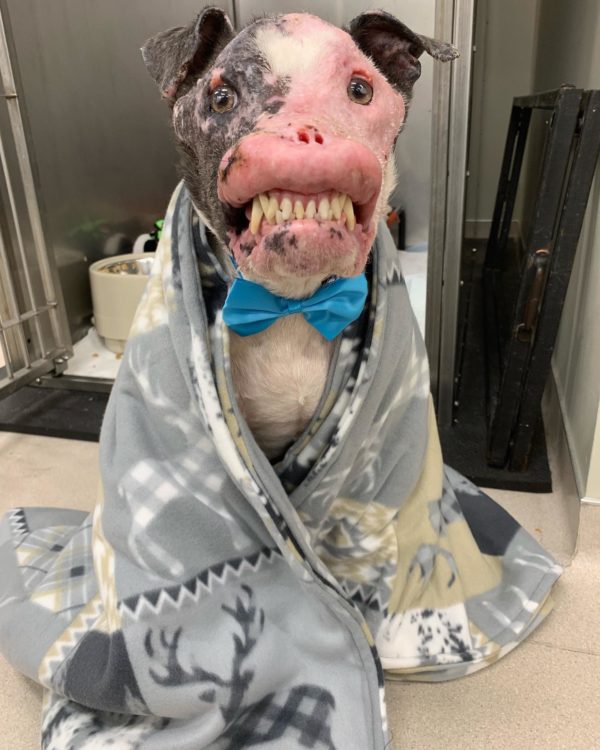 When the rescue encountered Phoenix, it was clear that he’d once been someone’s pet. However, it was also clear that given his state of neglect, his previous owners had done nothing to ensure he had adequate care. 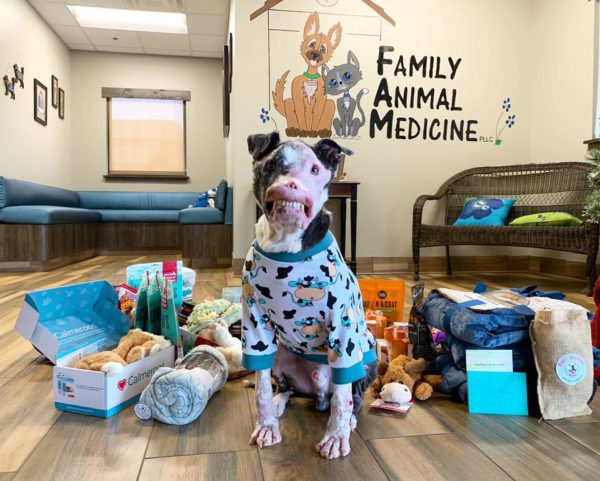 Carisa Ducharne from Skiatook Paws & Claws said, “He was skin and bones. You could see all his ribs. [He was] just so inflamed that he couldn’t close his eyes. He had so much swelling and inflammation in his face.”

The rescue still has no idea what led to Phoenix’s unique appearance. When he was found, he wasn’t shy around humans at all – quite the opposite. It is clear to them that whatever he endured in his past, it has not dimmed his light one bit. 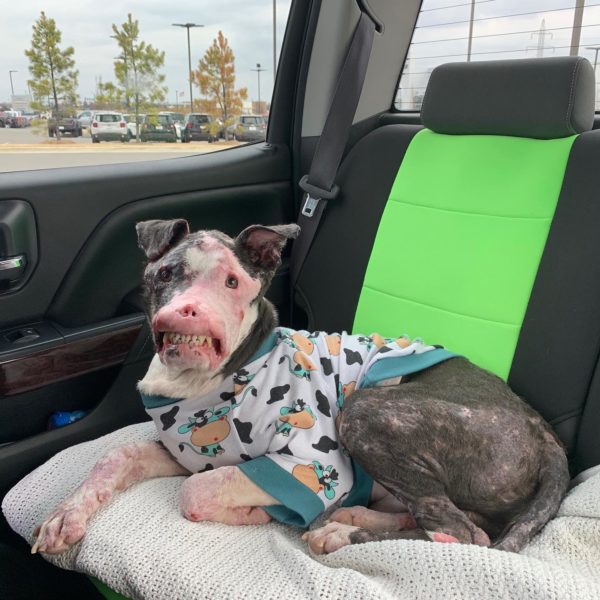 Skiatook Paws & Claws post regular updates on Phoenix’s journey on the road to a healthy life. He’s captured the hearts of many on social media, and people have even donated towards his mounting medical bills.

Family Animal Medicine has been working hard to help Phoenix in whatever way they can. Part of how they’ve helped him, is they’ve narrowed things down to Phoenix most likely having an autoimmune disease – though they’re not quite sure which one yet. But the overarching good news is that Phoenix is much better now than when he first came in.

“He’s done nothing but improve every single day,” said Ducharne. “I wouldn’t say this is intentional trauma, but neglect is also abuse, and he was without a doubt neglected.”

And there has been an outpouring of support from dog lovers in the community – including a few offers of adoption. 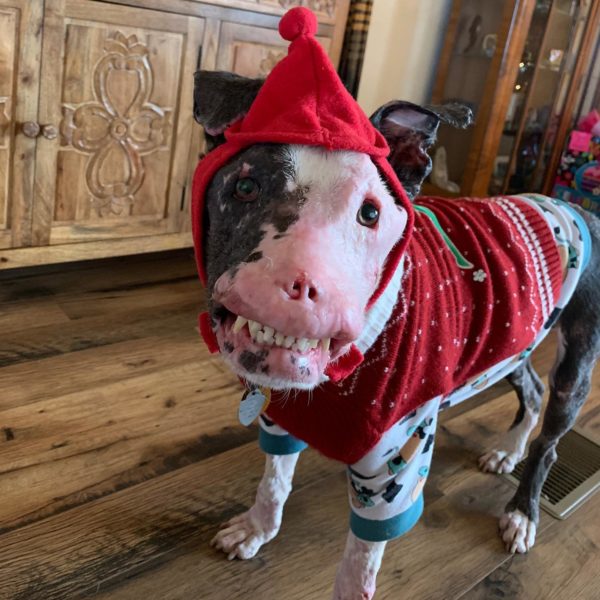 While the rescue is overwhelmingly grateful to the kind-hearted individuals expressing interest in adopting Phoenix, they had to put up an explanation letting community members know that if Phoenix ever goes up for adoption it’ll be some time – the focus right now is to get him completely healthy.

In the meantime, if you are interested in donating towards Phoenix’s medical bills, or if you want to give to other dogs in need, you can go to Skiatook Paws & Claws Animal Rescue’s website to help.