Update: The family told FOX40 Thursday Sloan, Neeko’s therapy dog, was found in Stockton near South American and East 6th streets. The Stockton Police Department says officers dropped Sloan off at a rescue, where Cynthia Niswonger will be picking the dog up.

In Northern California, police are still on the lookout for a thief who stole a support dog belonging to a boy with autism over the weekend.

According to ABC Sacramento affiliate KXTV, Cynthia Niswonger was on her way home to San Diego with her 12-year-old son Neeko, and a friend on Sunday afternoon. They briefly stopped in a McDonald’s in Stockton to grab a quick bite. She said they left Sloan – Neeko’s autism assistance dog – inside the air-conditioned car. The car was locked, and Niswonger said they periodically looked out the window to check on Sloan. 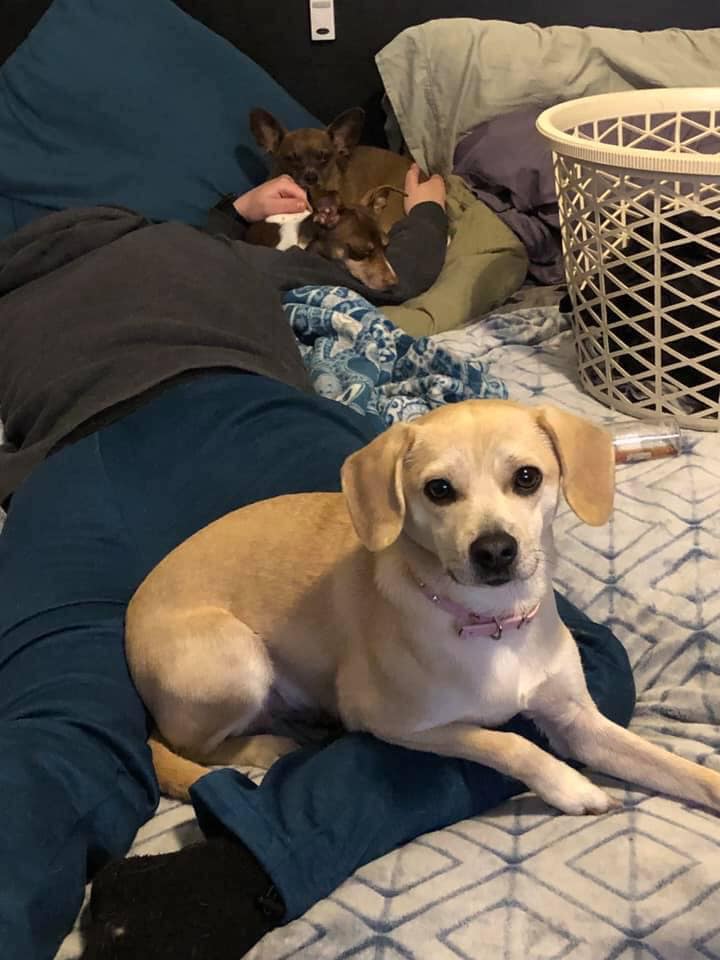 Niswonger told KXTV, “I did go and use the restroom, and I believe at that point somebody got into our car. We came out just in time to see a man driving away in our car with our dog in it.”

Niswonger’s friend attempted to chase after the car, but it sped away, taking Sloan with it:”As a person with autism, animals sometimes get reactions and connections out of him that he can’t always give,” Niswonger said to KXTV.

She wrote on Facebook, “Please keep trying to find Sloan! We’ve followed up on every possible sighting. We have posted flyers and a Stockton resident is offering 200 dollars as a reward for Sloan. The car was found and they dusted for prints. There are security cameras near where the car was dumped and detectives also plan to pull footage from McDonald’s. Sloan made the news on Fox channel 40. She will also be shown on Fox 13. and will be back on both channels tonight’s news. Fox National also picked it up and it may be aired in Denver or on any Fox affiliate. We stayed in Stockton and will look again tomorrow. Please do not give up on Sloan” 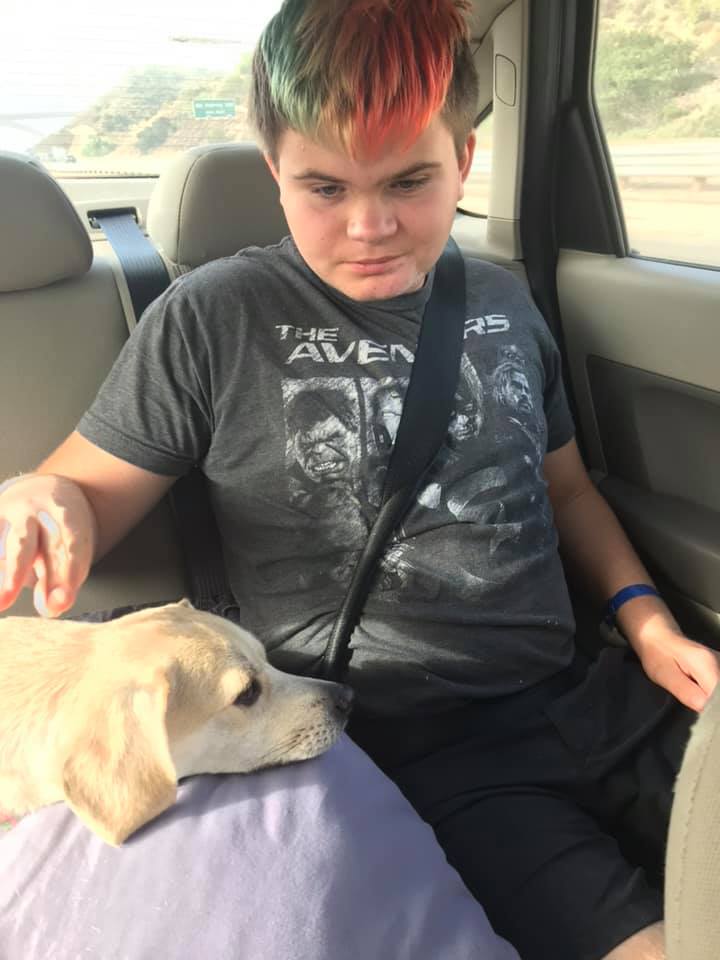 The stolen car was eventually located a couple of miles away on Monday afternoon. But as Stockton Police Department spokesman, Joseph Silva, told ABC News, Sloan wasn’t inside the car. 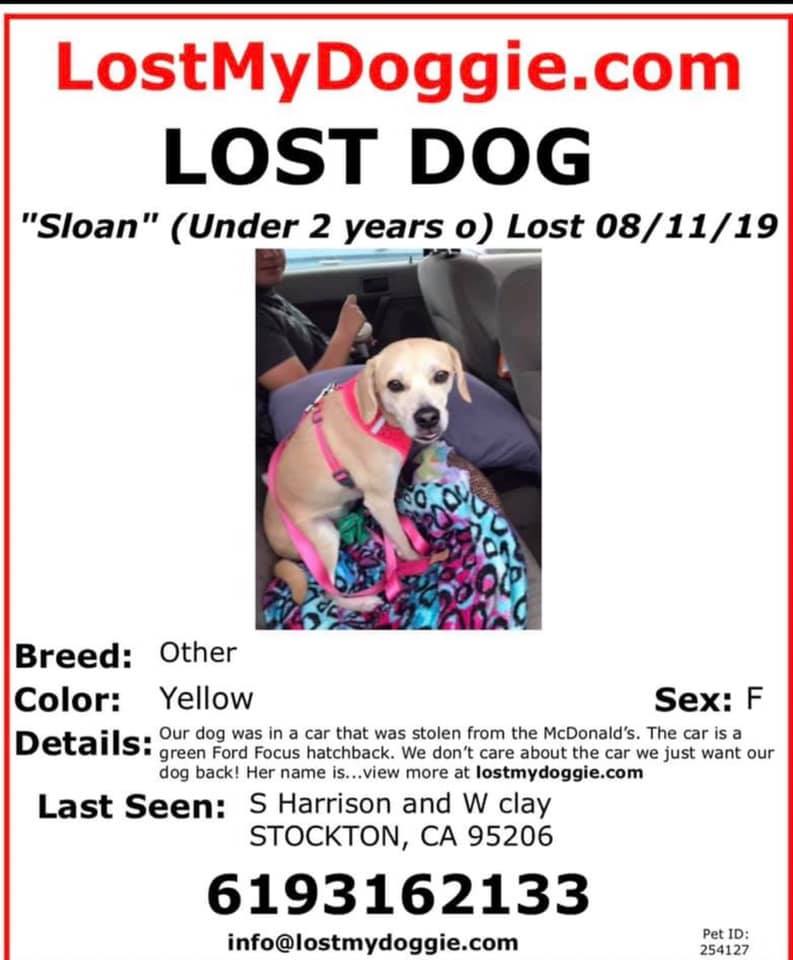 Silva said that the police departing is further investigating the incident.

Hopefully, little Sloan will be found safe and sound soon.