Get ready to break out the tissues! This next story is so sweet.

10-year-old Lewis Miller has Aspberger’s syndrome. As a result, his Aspberger’s has posed many struggles for the young boy to face on a daily basis. Lewis had spent four years on a waiting list for Assistance Dogs Northern Ireland (ADNI), but it was his own personal letter that helped to make his dream come true. He got a dog!

Just prior to the holidays, the Miller family got a new addition in the form of Jade, a Black Lab. 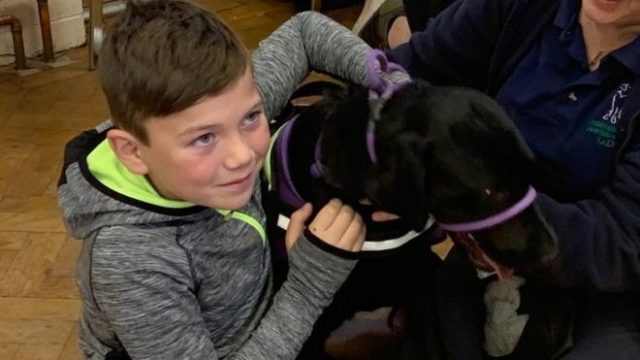 As ADNI’s Geraldine McGaughey said to BBC News, “It was the most emotional assessment I’ve ever done. It was a tearjerker.”

Danielle Cooper, his mother, was the one who encouraged the young Lewis to write a letter in hopes that the assessors would get a better understanding through his own words as to just how much of a difference an assistant dog would make in his daily life.

Since Lewis has Aspbergers, one the troubles that he experiences is being able to regulate his emotions. In addition, he also struggles with reading the reactions of others. As a result, Lewis is often finding himself being viewed as “rough” by the other kids. 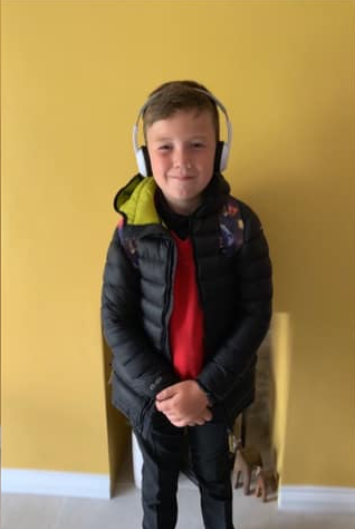 “He loves movement, swings, running, jumping, anything that is aggressive exercise. He would play football for hours,” Danielle stated.

She added that Lewis often experiences trouble sleeping, saying, “He has very high anxiety. He hears noises at night that aren’t there.”

ADNI Autism dogs are trained to not only protect children outside of their home, but to also provide them with emotional support. When Lewis is out in public, he sports a backpack that is tethered to Jade’s harness.

This is to ensure that if Lewis ever becomes overwhelmed or panicked, Jade can easily sit down with him and keep him from fleeing. 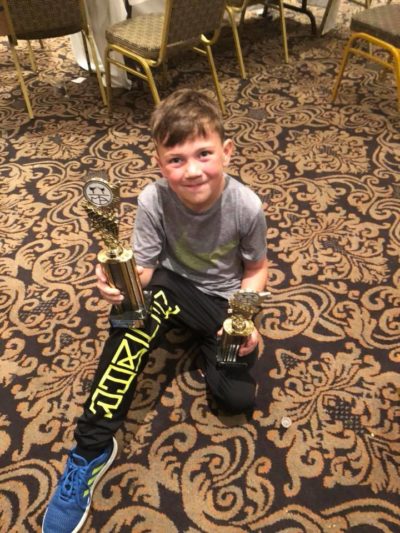 At home, Jade’s job is to be Lewis’ buddy and to keep him calm and help him work through his anxiety. In turn, this helps him improve his relationships with his four siblings. But the biggest difference is that Jade is Lewis’ best friend – something that he really needs following the recent passing of a close friend at his school.

In fact, here is an excerpt from his letter: 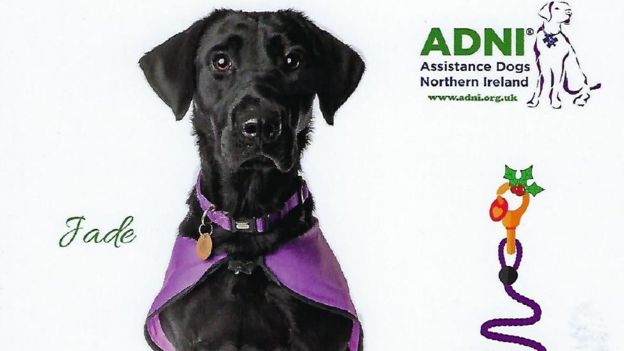 Lewis also added that if he had an assistance dog he wouldn’t be scared to go upstairs at bedtime or to come downstairs in order to eat cereal and watch TV.

While Jade is still pretty new to the family, Danielle said, “it’s been going really well. It’s been like an early Christmas present. To get lying on the sofa with your son beside you and the dog in the middle is amazing.” 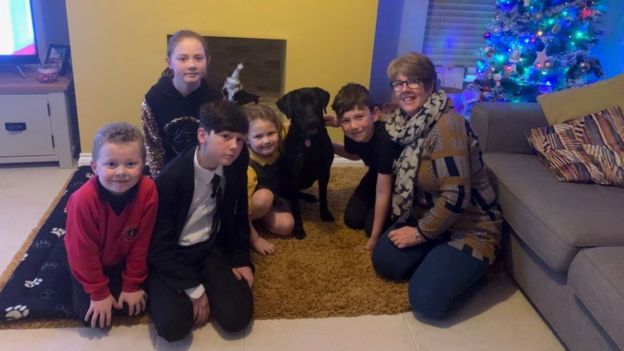 According to research conducted by the University of Missouri College of Veterinary Medicine, having a dog helps improve social skills of children living with Autism.

What a sweet pair Lewis and Jade are – we wish them long years of friendship.