2020 has been a year full of disasters, but Australian firefighters are coming to the rescue by providing a much-needed distraction while raising money for animals in need.

Australian firefighters have been posing shirtless for good causes for 28 years. This year’s calendars benefit injured wildlife rescued from the country’s devastating wildfires.

The Australian Firefighters Calendar started in 1993 to provide funds for research into childhood burns at Children’s Hospital Foundation. Over the past two decades, the calendars have raised over $3.2 million for various charities. 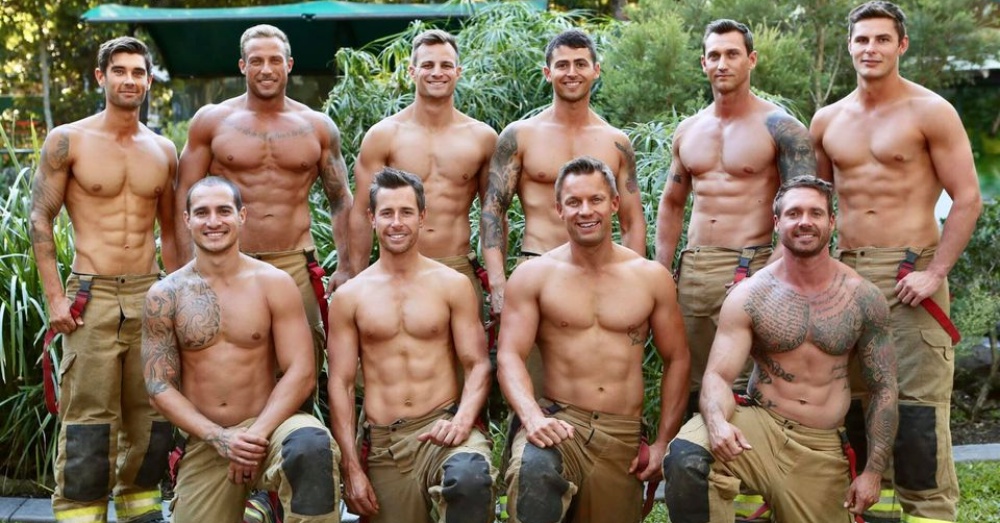 More than 46 million acres were burned and an estimated 1.5 billion wildlife animals died in Australia’s 2019-2020 bushfire season, making it one of the worst seasons in history. Countless animals were rescued and brought to wildlife sanctuaries to receive care and sanctuary.

With so many native animals in need of help, The Australian Firefighters Calendar decided this year’s calendars would benefit local animal rescues, like Currumbin Wildlife Hospital Foundation. 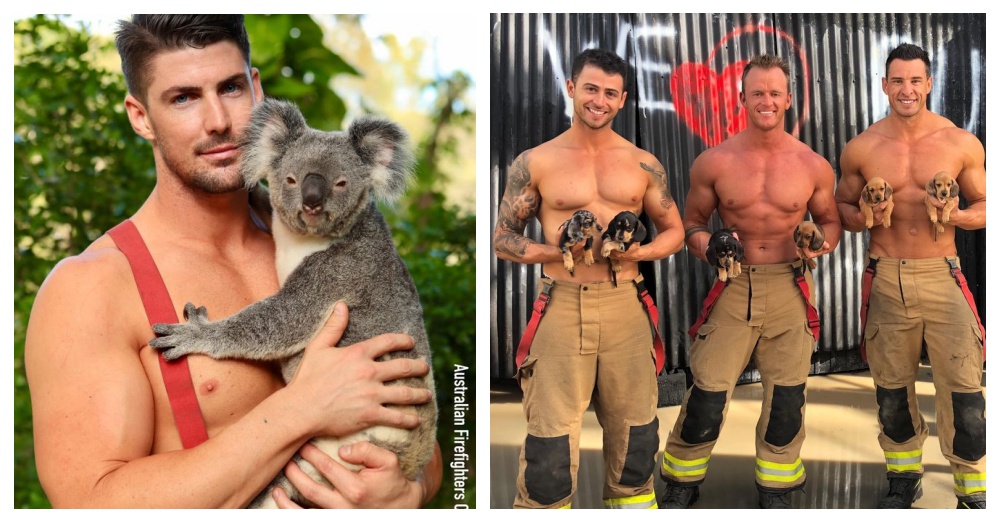 Jack the Red Kangaroo, a Koala named Tink, Humphrey the Emu, Turtle the Echidna and Marrok the stunning Alpine Dingo are all rescues from Currumbin Wildlife Hospital and featured in the “Animal Lovers Calendar” alongside shirtless firefighters.

The hospital rehabilitates roughly 12,000 animals a year, including hundreds of koalas. It is one of the busiest wildlife hospitals in the world and is honored to be one of the beneficiaries this year. 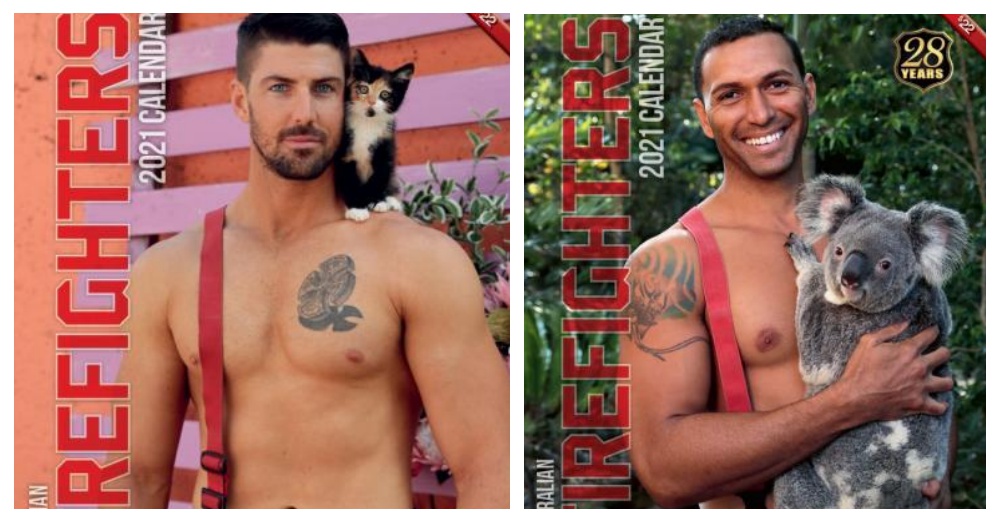 The week-long photo shoot draws firefighters from across the country who pose alone and with rescue animals to create not one, but six calendars to benefit animals in need. The shoot concluded at the end of August with a video of two firefighters holding fluffy kitties.

Today is our last day of shooting the 2021 calendars! 🎉 A huge thank you to all the firefighters who were able to come! ❤️👨🏼‍🚒 We have welcomed a new firie Mal and also sadly missed others who couldn’t be here this year due to COVID border restrictions ☹️ Calendars will be on sale in October! We can’t wait and we thank you for your patience in this strange year! 🥰

A post shared by Aus Firefighter Calendar (@australianfirefighterscalendar) on Aug 20, 2020 at 2:15pm PDT

The hunky firefighters pose shirtless with adorable dogs, cats, koalas, and many other wild animals for our viewing pleasure. There is a calendar for everyone and even one featuring just rescue animals. The 2021 calendars were just released and are available here.

When life is starting to get you a little down try looking at these adorable puppies with Aussie firefighters! 😍 www.australianfirefighterscalendar.com

A post shared by Aus Firefighter Calendar (@australianfirefighterscalendar) on Aug 14, 2020 at 5:06pm PDT

As you can see, the calendars quickly sell out. People from around the world order the benefit calendars annually. One follower wrote, “My 2021 Calendar is in the mail 😍 I can not believe I bought my first one 10 years ago!”