A tragic video is circulating showing the cargo hold of the HMS Choules after it was transformed into a doggy daycare as an accommodation for 135 dogs and their owners who all had to flee from Australia’s “apocalyptic” fires.

Cassandra Smith, her husband Nicholas and their 14-month-old Labrador, Lexi, were among a thousand people on the 3rd of January who were forced to evacuate from Mallacoota, Victoria, aboard the HMAS Choules and taken to Western Port on Victoria’s Mornington Peninsula before being transported to the Melbourne Convention Center. 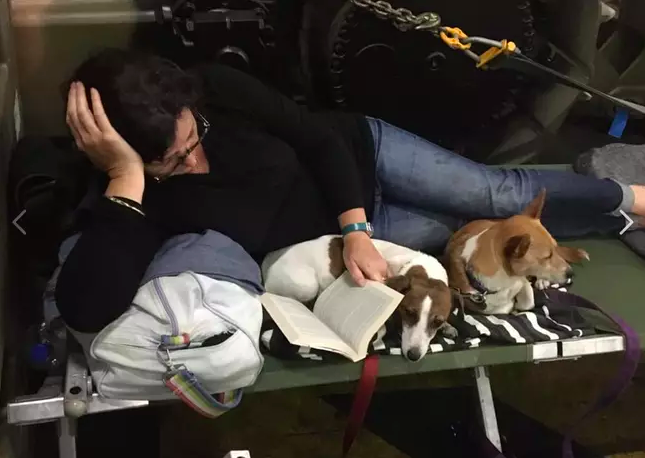 Mallacoota was one of the worst-hit areas by the Victorian bushfires and there are reports of 4,000 people who spent New Year’s Eve trapped on the foreshore while fires raged nearby.

Smith had been annually holidaying with her family in the small town since 2004. She said the coastal town has never experienced such horror. It is reported that 80 homes have been lost in Mallacoota.

Describing the scenes onboard the ship, she explained, “The Navy set up makeshift containers and pallet boards as pens for the dogs. There were 135 dogs, two cats, two birds, and a rabbit – not all in the same area, thankfully.” 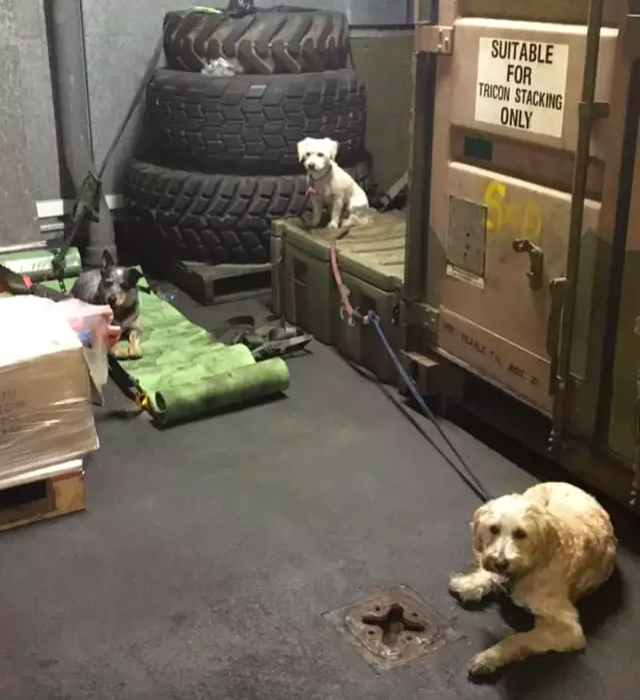 She added, “On 30 December the CFA [Country Fire Authority] briefed the community and said if you hear fire sirens, you have to evacuate. We left our campsite and were in boats, wearing long-sleeved cotton shirts and hats to protect ourselves from falling embers.”

She also said, “We also had food for the three dogs between us. On New Year’s Eve morning the sky went black with smoke and then red. We could hear gas bottles exploding and houses burning. People didn’t know what was happening. When the worst of the fire passed, it was like a war zone. There were people walking around with flannels on their faces, wearing ski masks. By midnight, no one was celebrating the new year. We were all exhausted. No one said, ‘Happy New Year!’ Instead, they were all saying, ‘Are you OK, mate?'”

Smith, who suffers from asthma, was taken to Far Saracen Esso Oil ship for treatment on the 2nd of January, along with a group of parents and small children. After, she and her family and pets got transferred to HMAS Choules.

She added, “The stories on the ship were gut-wrenching. So many people had lost their homes and were on a ship to a city they didn’t know.”

Australian Prime Minister Scott Morrison has confirmed at least 24 people had died in the bushfires.

If you would like to help the animals, GreaterGood.org is working with responding partners including IFAW, World Central Kitchen, and Humane Society International to fund meals for displaced people, temporary shelter, and medical care for pets and wildlife affected. 100% of your emergency donations will go to support response and recovery from this tragedy. Rush your gift today—any amount helps.