1,300-Pound Croc, Larger Than A Family Car, Wrangled In Australia

Outside of industrial machinery and horror movies, a 1,300-pound killing machine might not be so common.

After hearing rumors of the massive crocodile for years, rangers have finally snared the beast, a 1,322-pound reptile, measuring more than 15 feet long, in the town of Florina, along the Katherine River in Australia’s Northern Territory.

“Although this is the biggest we’ve caught in the Katherine River, there are bigger ones out there that come up from the Daly River,” NT Parks and Wildlife ranger John Burke told the Sydney Morning Herald.

NT Parks and wildlife have caught the biggest croc in Katherine to date. Rangers have been chasing the 4.71 m saltie for 10 years. pic.twitter.com/EfL3JIXhFr

Rangers Burke and Chris Heydon have been on the trail of the croc for the better part of a decade. They’ve been tasked with capturing the animals out of concern for public safety and tourism concerns. This isn’t the first time larger than average crocodiles have been pulled from the waters of NT, either.

According to Business Insider, crocodiles over 15 feet are rare, but they can be found lurking in the Northern Territory. A nearly 21-foot croc was captured in the Mary River in 1974. 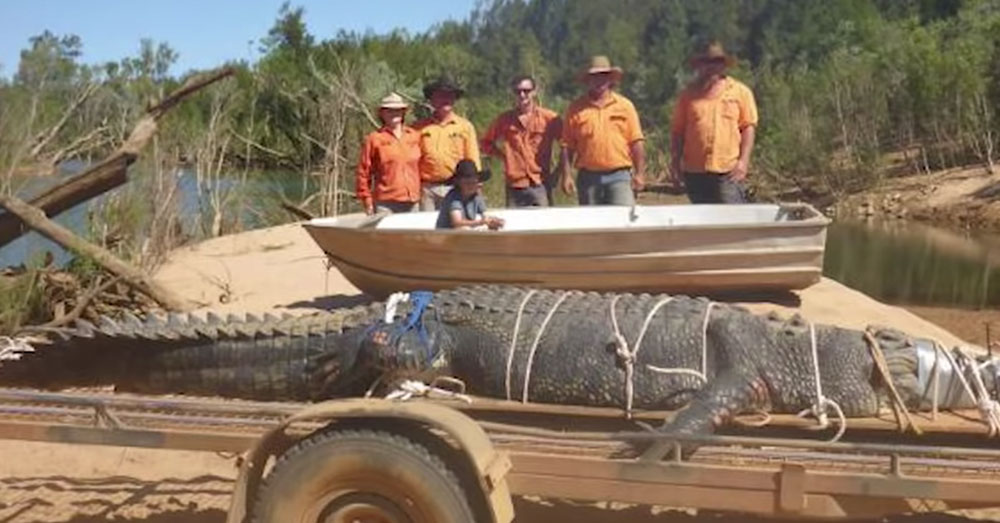 So far this year, at least 188 saltwater crocodiles have been trapped and removed from the area.

“Even though it is dry season, crocs are around. They are always moving around regardless of the temperature,” Burke said. “The population is growing. Stay vigilant.”

The rangers estimate the crocodile to be around 60 years old. At that age and size, they are not as energetic as younger, smaller crocs. Burke and Heydon sedated the animal, secured its jaw, and winched it onto a trailer. 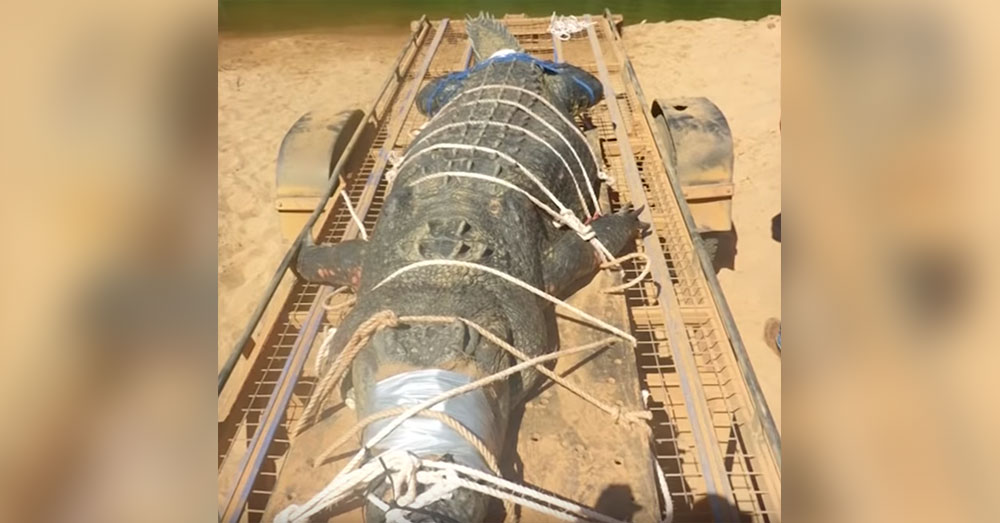 Source: YouTube/WION
This crocodile is longer than a mid-size SUV.

For now, the town of Florina is safe

Watch more of the thrilling croc capture in the video below.