Ariel Winter, actress and animal advocate, just adopted the most adorable blue-eyed rescue puppy with boyfriend, actor Like Benward. She shared the exciting news by posting photos of the precious puppy and writing, “Love him beyond!!!!!!”

The couple is already head over heels in love with the little guy and pictured embracing him as they thank The Labelle Foundation for “our special boy Cobey!!!!!!” 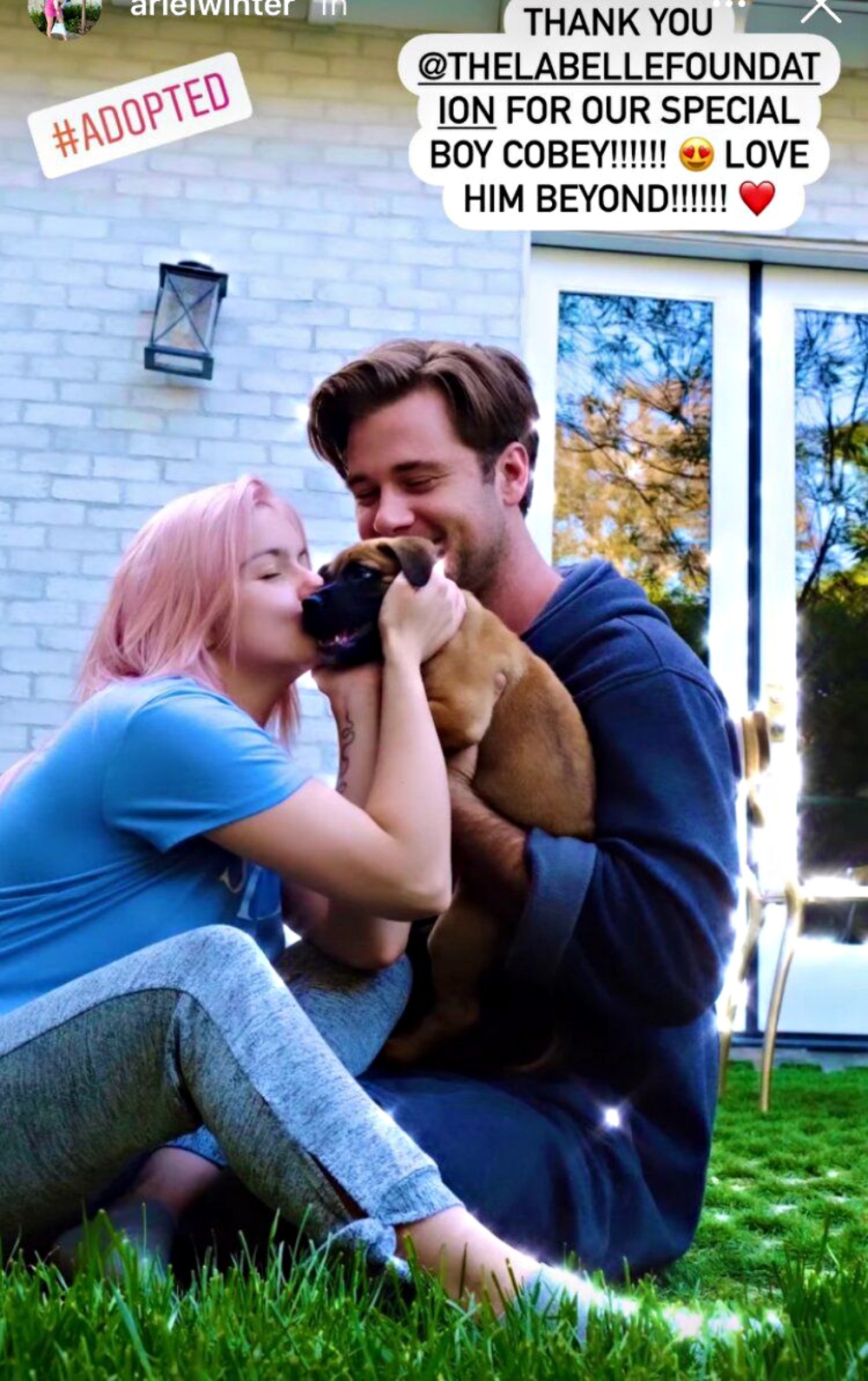 The Los Angeles rescue originally named the handsome boy Tobin and rescued him along with his siblings and mother from a high-kill shelter. He was described as, “very rambunctious and loves to wrestle. He never wants to miss out and loves being around everyone. He likes to mellow out after lots adventuring and just cuddle. And he’s definitely best friend material and would be there by your side at any moment!”

‼️‼️ADOPTED‼️‼️ ❤️🥡 Please meet Tobin! 🥡❤️ He is a two month old Lab Mix! We rescued his mom and his siblings from a high-kill shelter. We thought they would need bottle feeding but they did so well on their own – we ensured they were super healthy babies and now looking for furever homes. 🏡 Tobin is very rambunctious and loves to wrestle. He never wants to miss out and loves being around everyone. He likes to mellow out after lots adventuring and just cuddle. And he’s definitely best friend material and would be there by your side at any moment! 🐶Thank you to our foster Emma, we couldn’t do it without you! #fosteringsaveslives ✨ Please tag and share with friends to find this pup a forever home!! If you are interested in adoption please visit labellefoundation.org for an adoption application. ✨ For more information on the adoption process, please see our FAQs highlight.

They renamed the pup Cobey, but he already has several nicknames, “Cobey a.ka. Cobain a.k.a. Cobeans,” Winters shared on social media.

Just like any doting mother, she’s shared tons of photos of the puppy and even captioned one, “Mommmmmm stop!”

Another photo showed off his piercing blue eyes and adorable face. 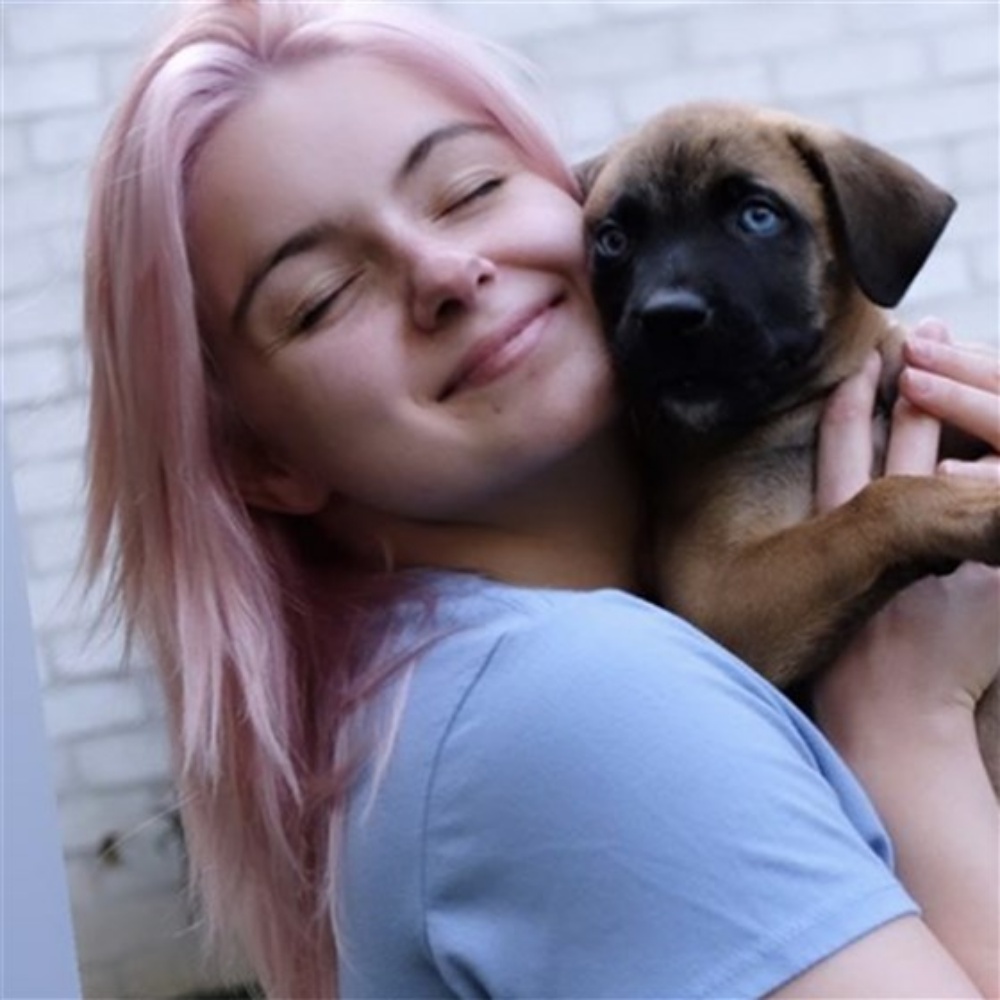 Cobey joins Winter’s pack of rescue dogs and will be spoiled for the rest of his life. On National Dog Day, the longtime dog lover shared a video of her pups and wrote, “Happy #nationaldogday from me + the furbabies😍🥰🐶 life is ruff😉 right now so…GO ADOPT YOUR FUTURE BEST FRIEND & GET TO CUDDLING.”