New Google Feature Lets You Bring Lions, Tigers, And Bears Into Your Home

Ever wonder what it would be like to have a pet panda?

It’s not a good idea. It’s not even legal. Still, there’s nothing stopping you from finding out with a new feature from Google.

The biggest name in internet search, and arguably in the world, is using augmented reality (AR) technology to allow users to see what it might be like to bring home a lion, a tiger, or even a bear. Oh my. 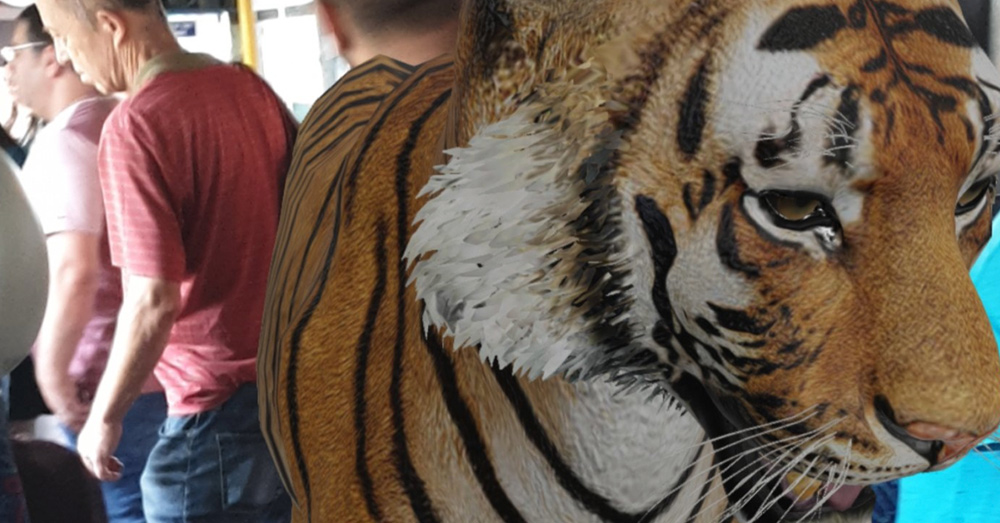 Source: Twitter/Scott Stein
A tiger on a city bus, thanks to Google.

“it’s one thing to read that a great white shark can be 18 feet long,” Google reports. “It’s another to see it up close in relation to the things around you. So when you search for select animals, you’ll get an option right in the Knowledge Panel to view them in 3D and AR.” 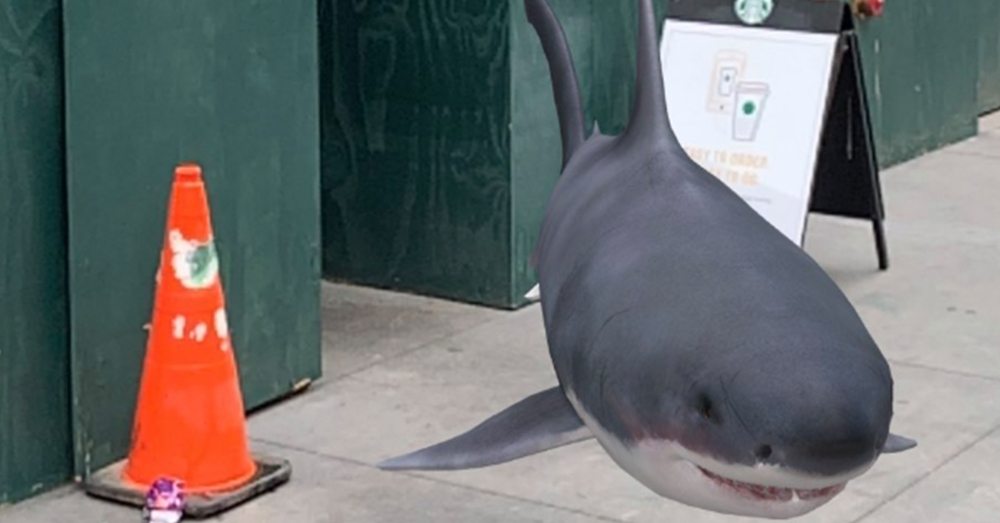 Source: Twitter/Scott Stein
How does an 18-foot Great White Shark measure up to this Starbucks?

Using the Chrome browser on a smartphone, people can search for different animals and use the AR filter to see them in the kitchen, on the couch, or in the front yard.

It’s AR of the tiger!

If you’ve got an AR-enabled phone, you can now bring select animals right into your space for a safari (or safe snuggle) with Search. pic.twitter.com/kWpudETgeq

Once you’ve found an animal that’s set up for AR, tap “View in 3D”, and you’ll soon see an animated, 3D model of the creature on your device. Then, click “View in your space,” move your camera around as the directions indicate, and soon you’ll see it come to life!

Google search now has AR this morning. I just conjured a tiger on NJT. The feature works for some animals right now (iOS, ARCore phones) pic.twitter.com/rJ3SJFUZX1

FYI, the pinch to zoom haptic clicks and locks in on the correct scale. It’s a nice touch. (Turtle) pic.twitter.com/Vg982bltDl

I’m sorry, now I’m just searching for what animals are in AR all day. Octopus. pic.twitter.com/LLsJ9YCgqB

Google released this feature alongside a collection of other AR capabilities at the I/O 2019 conference. Through partnerships with NASA, New Balance, Samsung, Target, Visible Body, Volvo, Wayfair, and others, 9to5google reports, users will soon be able to use AR to explore much more than the possibility of a new pet. Soon, you’ll be able to test drive a car, try on new clothes, redesign your living room, or travel through space without leaving your home.