April the Giraffe, who resides at Animal Adventure Park in Harpursville, New York, has become an internet sensation after her pregnancy watch was live-streamed for two months.

Day after day, over 200 million people anxiously watched and waited for the giraffe to give birth, and day after day they were disappointed when it didn’t happen. 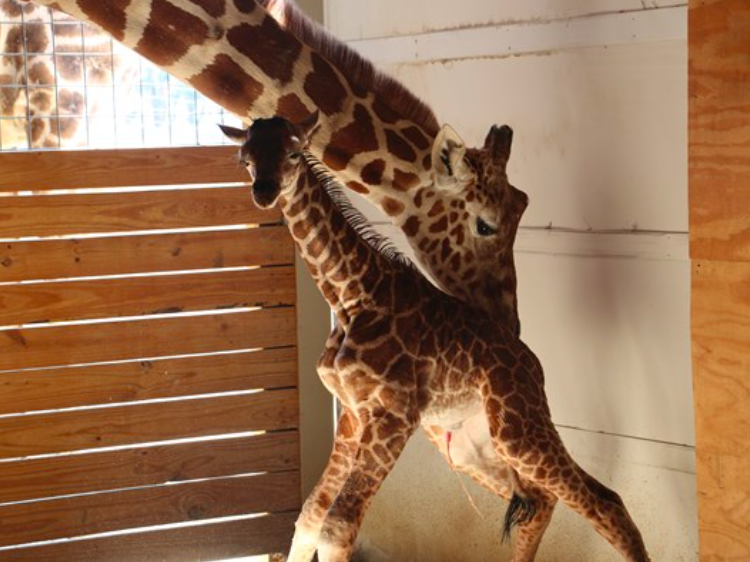 Her 16-month pregnancy finally came to an end when she gave birth to an adorable baby boy, who weighs 129 pounds and is 5’9.” Over 14 million people tuned in to the live-stream on the day of the birth, with 1.2 million people witnessing the actual birth as it happened. 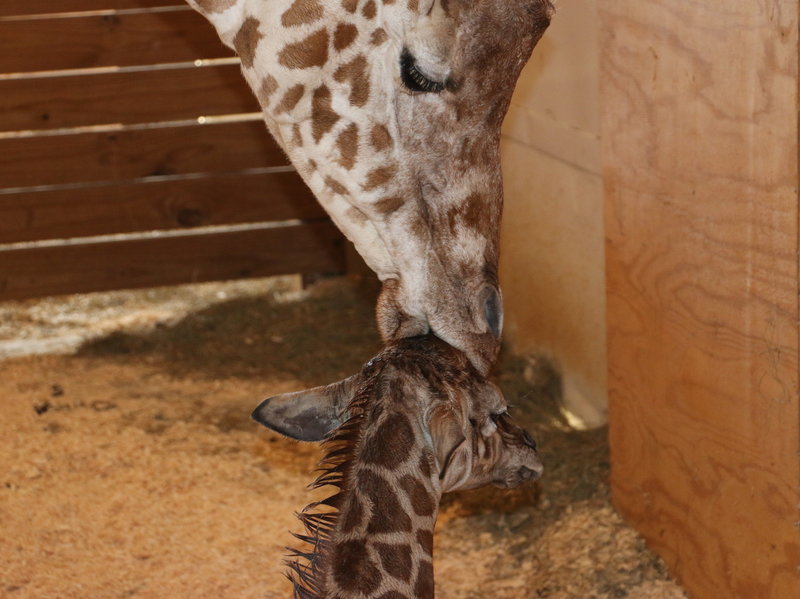 “His entrance into the world was unnerving to even those of us who have witnessed animal births previously,” said Animal Adventure Park owner, Jordan Patch in a press release. “Giraffes give birth standing up, which means when the calf is ready to be born, it exits its mother hooves first from six feet off the floor, making for a very exciting event!” 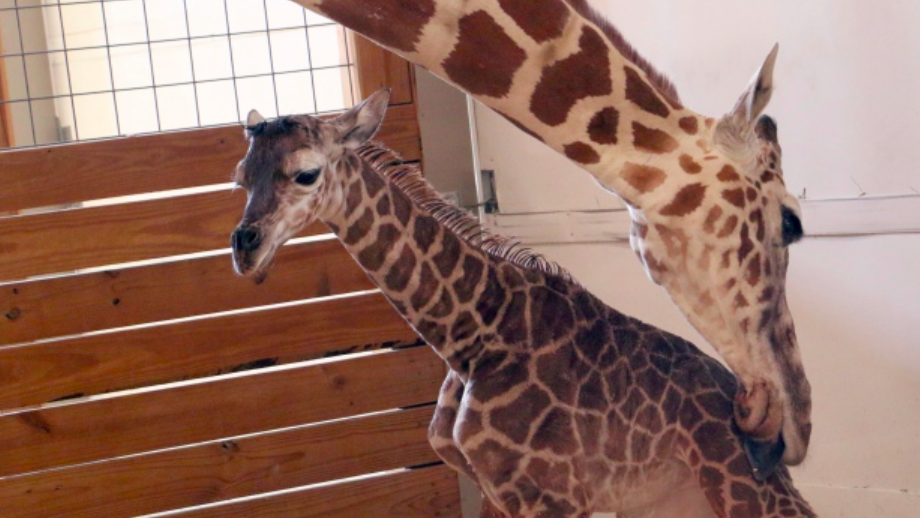 The baby is still without a name, and the park is allowing the public to vote. You can enter and vote on as many names as you want; votes are $1 each for a minimum of 5. Money raised will go to giraffe conservation efforts, as well as Ava’s Little Heroes, an event named after the daughter of the park owners, who suffers from a rare form of epilepsy. Click here to cast your votes!