The Texas man who left a 10-week-old puppy in his car to go shopping was placed in jail on a $4,000 bond, while the young pup is recovering quickly, no worse for the wear.

Accompanied by his puppy, Annabelle, 20-year-old Chandler Allen Bullen pulled into the Manor, Texas, Walmart parking lot on June 17, turned off his car and air conditioning, and headed inside. While he shopped, the shepherd/husky mix struggled to find shelter from the hot sun, which brought temperatures up to 99 degrees outside—with a heat index of 109, according to KVUE—and even higher in a stagnant vehicle. 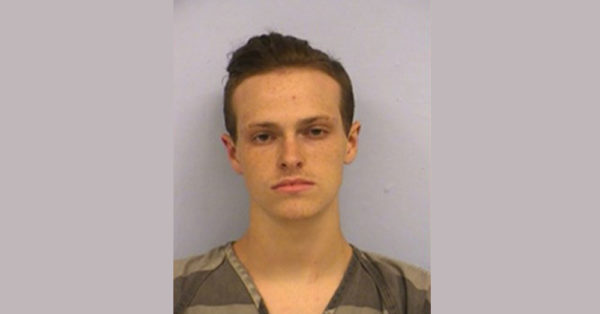 Seeing the whimpering dog in dire need of help, a concerned citizen called police, who got into the car by using the sunroof. Annabelle was not only weak from heat exposure, the officers noted—she was covered in open sores.

“It’s sad to hear. They are defenseless, much like children. They can’t get out of the car by themselves. They are kind of stuck in there. So they rely on the owner to take care of them and be responsible,” said Sgt. Randall Anderson, who also owns two dogs. 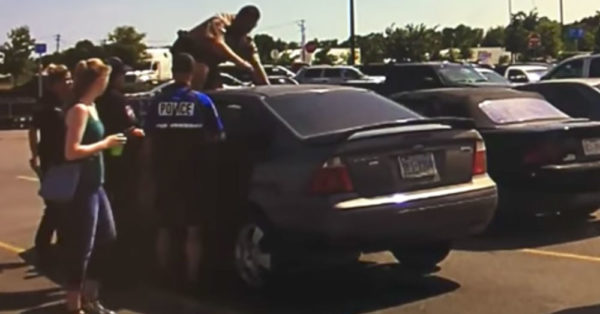 Upon questioning, Bullen said he left the dog in the car because he “did not want to waste gas.”

The convenience almost cost Annabelle her life and could land Bullen in jail for up to a year, along with court fees and fines. He was charged with cruelty to non-livestock animals, a class A misdemeanor in Travis County, Texas.

At the Austin Animal Center, where Annabelle was taken after the incident, Dr. Kathryn Lund confirmed that Annabelle is on the mend. It wasn’t long before her body cooled down and her spirits lifted. 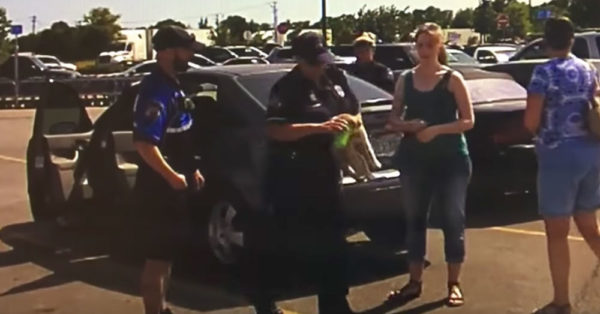 There is often little hope of recovery for dogs that suffer from heatstroke, Lund says, and deep in the heart of Texas, such cases sadly rise every summer. As Austin Police Animal Cruelty Officer Alan Schwettmann maintains, there is no excuse for putting an animal at such a risk.

“When we find these animals in the car, they are either on the ground or on the floor board, at the lowest point of the car because, obviously, heat rises,” said Austin Police Animal Cruelty Officer Alan Schwettmann. “I’m not sure what people are thinking—maybe they’re thinking they’re going into a location and just going to be there for a minute.”

Footage of the rescue was recorded by the police dash camera.

Twenty-one states have passed “hot car” legislation as of 2016, and similar bills are being reviewed in the rest of the U.S. as well. Click the link below to learn more about how lawmakers are trying to keep stories like Annabelle’s from ending tragically.