But then there are the other ads you’ll sometimes see, the really sad ASPCA commercials that feature all the suffering animals in need – all set to the tune of a Sarah McLoughlin song. These commercials never fail to make you cry, as well as want to adopt all the stray animals.

But the Furkids Animal Shelter, a rescue based in Atlanta, Georgia, has come up with a solution to the normal ads that you see on TV. They produced a “Kitty Kommercial,” an adorable improvised skit that has gone viral.

Even though it’s a low-budget concept and only took 30 minutes in total to film, it still gets its point across to adopt a pet. And the best part is that it does so with a lot of humor – no sadness anywhere in sight.

The video features Paul Preston, a local man from Atlanta whose sister is a volunteer with Furkids. Paul shows that he’s got a hilarious sense of humor, and after watching it, you’d assume he’s some kind of comedian. 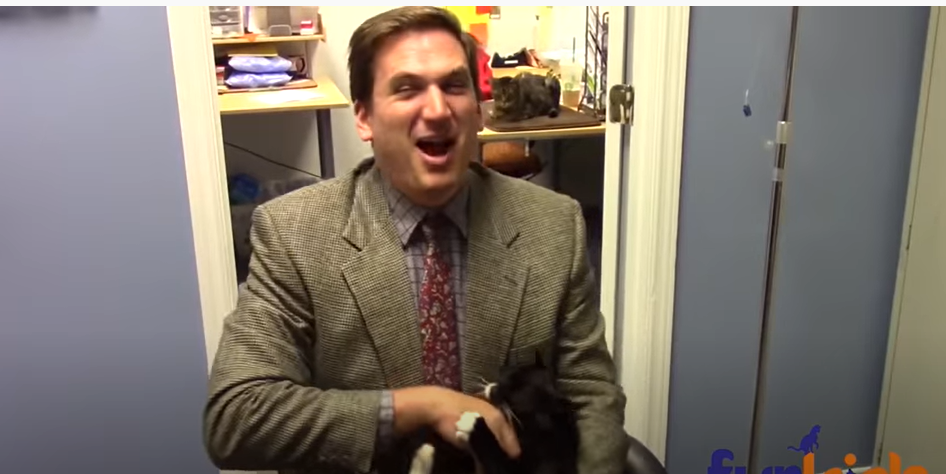 However, he actually is a contractor for an Atlanta rental property management company. But after watching this video, he might have a career in comedy after all. Even though he stars in the commercial, the idea was his sister’s. Definitely the kind of commercial more shelters should think about making for their shelter pets who need adopting.