A major explosion in Beirut, Lebanon, on August 4 – caused by improperly stored ammonium nitrate – has claimed the lives of at least 220 people and injured thousands more. In addition, countless pets and stray animals were displaced and injured.

Animal Lebanon, a local animal rescue, stepped up to help save animals trapped in the rubble and provide food, medical care, and shelter until they could be reunited with their owners or find forever homes. 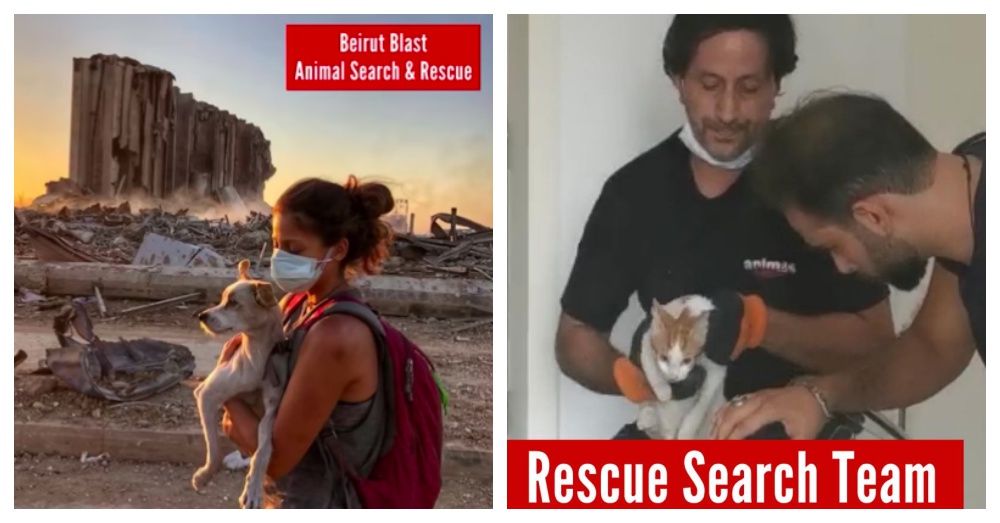 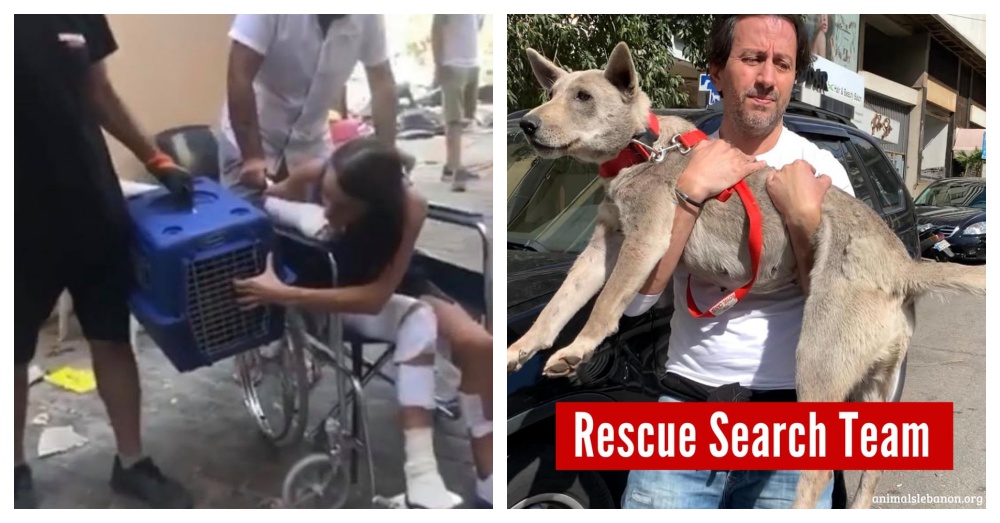 “No words can describe the horror of the disaster that has hit Beirut last night, turning it to a disaster-stricken city,” said Lebanese President Michel Aoun.

Over 200 people from across the country have come forward to help the rescue as they continue to search the city for animals in need. The rescue said, “Our team has also been leaving out food and water at several stations around the affected area for the animals that have yet to be found.” 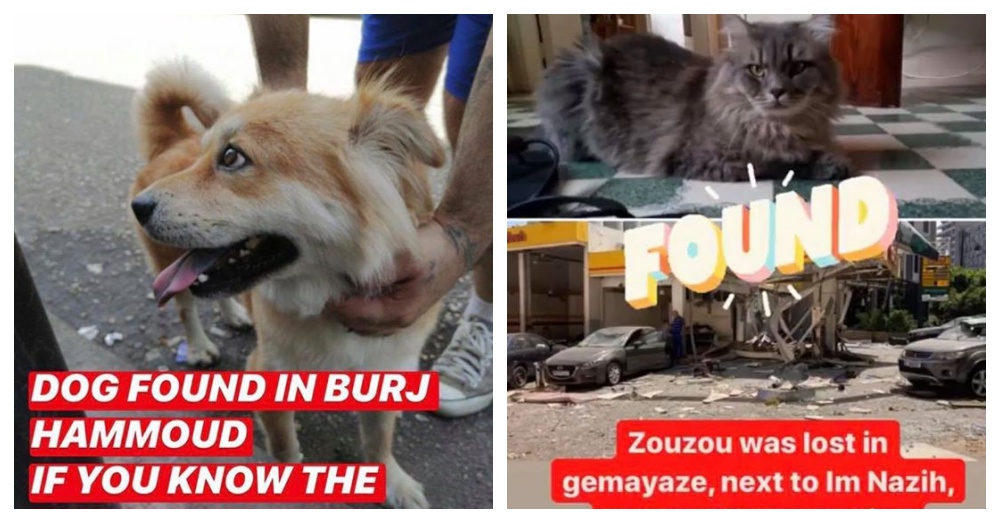 Rescuers are digging through rubble, crawling under vehicles and demolished buildings to save frightened dogs and cats. Footage of the rescues shows the animal lovers putting themselves at risk to save the animals.

With over 300,000 people left homeless by blast that demolished over half of the city, calls for help are coming in hourly. “We got countless reports of helpless people who lost everything they have including their pets,” wrote the rescue. They created an album on their Facebook page just for lost and found pets. The idea was for people to post pictures of their lost pet and the rescue team to post images of ones they find, hopefully reuniting the lost pets with their concerned owners.

In just one week, 90 pets have been reunited with their owners – but their work is far from over. They will continue to search and rescue animals in the city but are in desperate need of fosters.

The best way to reach the rescue is at contact@animalslebanon.org for help if:
– You are looking for your lost pet
– If there is an injured animal. we (Animal Lebanon) will cover the cost
– You need food and supplies for your pet
– You have found a pet that you believe belongs to someone

Watch some of the heartwarming reunions in the video below and don’t forget to share.