Grumpy Cat would be proud.

There’s a new entry in the list of world’s most cantankerous cats. Juno, a Himalayan house cat from from New Jersey, wears a permanently angry expression, and the Internet is falling in love.

Juno’s Instagram account, Junotheandgrycat has more than 185,000 followers, and according to his owner, looks angry about 95% of the time.

“He just gives you this judgemental look all the time, but I think it’s really his way of saying I love you,” owner Dominique Teta told the Daily News. “He always wants to be nearby. He’s always interested in what you’re doing.”

Juno & I wanted to come on here and say thanks for following along (even if it doesn’t look like it). Junie loathes us all! This secret love-bug would cuddle each and every one of you if he could😘 Happy Sunday!

It’s hard to ignore Juno’s piercing gaze. His yellow eyes stand out from his charcoal and smoky white fur, which is often styled to look like horns and a disdainfully drooping beard. It’s no surprise Juno has been compared to Hollywood actor Robert De Niro and even the Beast from “Beauty and the Beast,” though the reality is, Juno is much more cuddlier.

I make my own crown.

“Real life is totally opposite of what so many people would think,” Teta said. “He really is… a loving cat.”

Ok so 1.) How much does Juno look like Beast from Beauty & The Beast here? And also 2.) Why are Juno’s teeth whiter than most humans’?

Hey I’m Juno & I’m in a bad mood for no reason. #relatable

Juno has followers from around the world, in Europe, Australia, and the United States, many who show their support by wearing themed merchandise with Juno’s characteristic scowl.

This “angry” cat’s distinctive look comes from his unique breeding. Juno’s mother is a brown point Himalayan, while his father was half Himalayan and half Burmese. 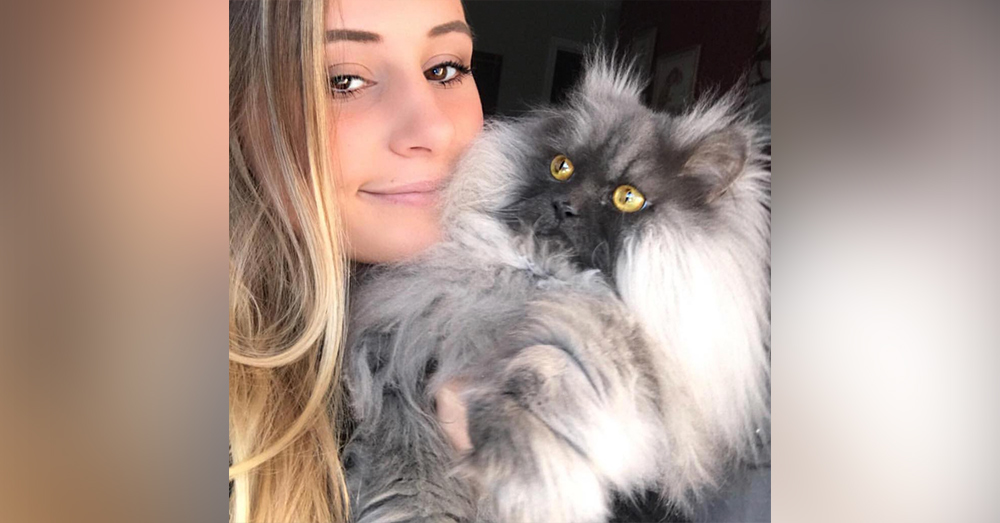 “We’re currently waiting on DNA results to specify this but I’ve known Juno since the day he was born, actually and I do find his story funny,” Teta says. “he was the lone kitten in a litter, which is very unusual and completely unexpected.”

Juno is fairly self-sufficient, and knows how to entertain himself when he plays in the kitchen at night. But, he never lacks for human attention. 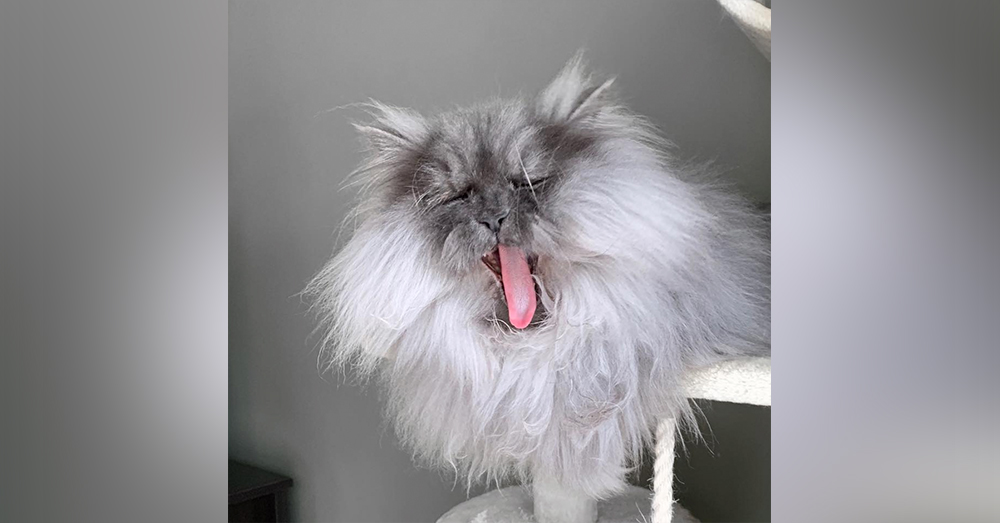 Source: Instagram/junotheangrycat
Who couldn’t love a face like this?

“He always has to be nearby and will occasionally come on your lap for chin scratches,” Teta says. “The only time he meows is while he is playing or if he hears us humans argue and then he will get concerned and meow in your face.”

Someone told me it’s Monday tomorrow. This is how I looked at them.