Dog Hops Off Plane And Sees Her Soldier Waiting For Her. Then Runs Full Speed Across The Tarmac…

Andrew Fawley, a Senior Airman with the U.S. Air Force, was away on deployment for ten months in Qatar. But his human family wasn’t the only family that he had left behind, he was also away from his three-year-old furry best friend, Blue.

While Fawley was away, his mom, Mitzi Fawley, took great care of Blue for him at her home in Tennessee. But when Fawley returned to his base in Spokane, Washington, she knew she had to somehow get Blue to him so the two could reunite. 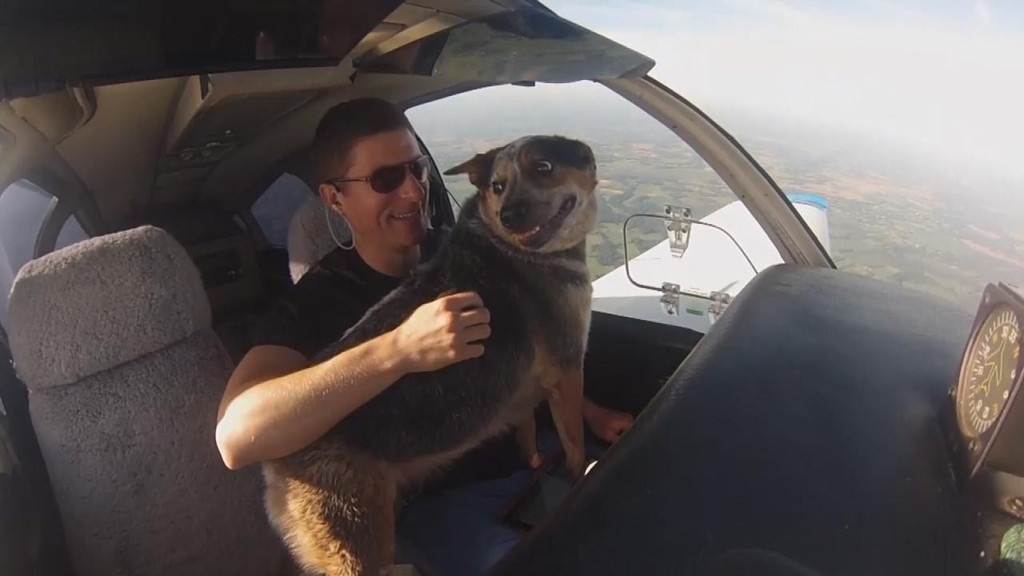 But traveling thousands of miles from Springfield, Tennessee, to Spokane, Washington, proved to be a difficult task. It would cost them more than $2,000 just to put Blue on a commercial flight, and Mitzi didn’t feel comfortable putting Blue on the plane with the cargo. But Mitzi didn’t want to give up; she knew her son was anxious and excited to see Blue again, and Blue was just as lonely without her owner. 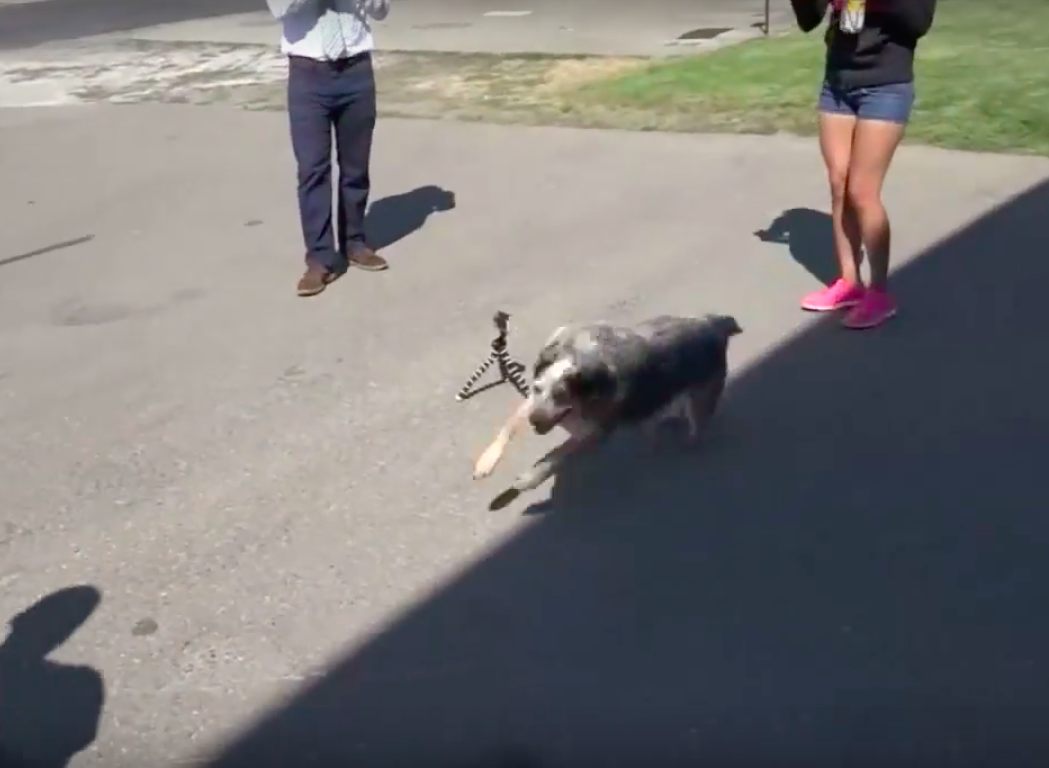 Mitzi then contacted Keely’s Friends Dog Rescue, who then got in touch with Pilots N Paws, an organization of volunteer pilots who fly dogs all over the United States to their new homes after they have been adopted from a shelter. 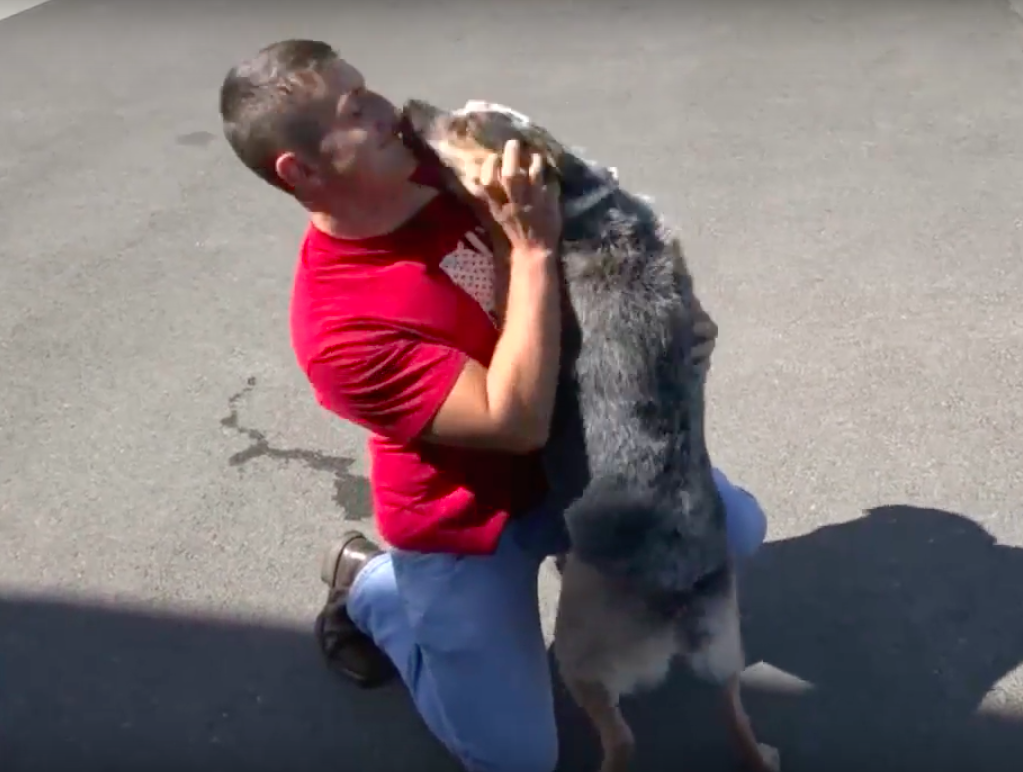 Thankfully, volunteer pilots from Pilots N Paws stepped up to the plate to help. They worked to put together a flight plan to get Blue to Spokane to reunite with Fawley. Pilot Tripp Costas was honored to be able to fly Blue to Spokane. He has flown hundreds of dogs, but he had never reunited a dog with a soldier before, so he really looked forward to this one. 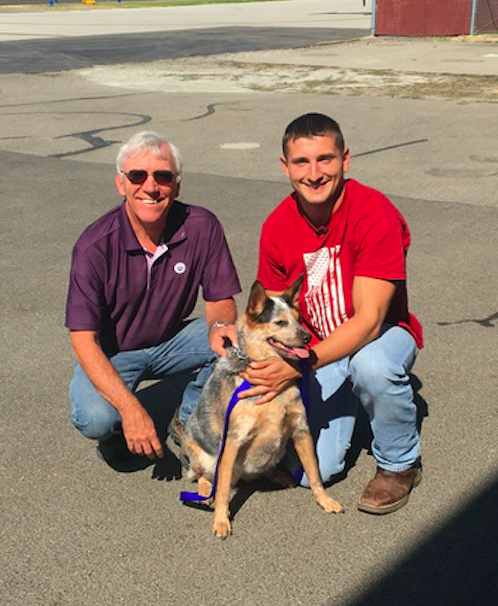 Blue even got to sit in the co-pilot’s seat of the private plane as they made stops in St. Louis and Omaha before landing in Spokane. Once they touched down, Blue had no idea what was waiting for her. As they stepped off the plane, Fawley was standing on the tarmac. As soon as Blue saw him, she sprinted right toward him. Blue smothered Fawley in kisses, and the two of them were beyond ecstatic to be together again.

Watch their emotional reunion in the video below: