Locked Up For So Long, Her Bones Were Bent. When Rescuers Opened The Box, She Reached Out For Help

A small wooden structure with strips of iron nailed to the sides was propped up on old tires. To many, it’s just a crate, but to one poor orangutan, it’s the place she has called home for many years.

The orangutan who was locked inside was a seven-year-old female named Amy. She was slumped inside, with her head down. It’s heartbreaking to think she’s been stuck in that crate alone for all this time. The only comfort she had was a small piece of gray cloth. 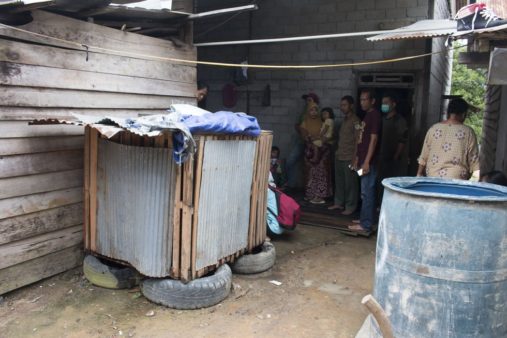 At that point, it seemed she had given up on life, but rescuers refused to give up on her. Volunteers from International Animal Rescue (IAR) approached the lonely orangutan and noticed the heavy metal chain around her neck that was cutting deeply into her skin. 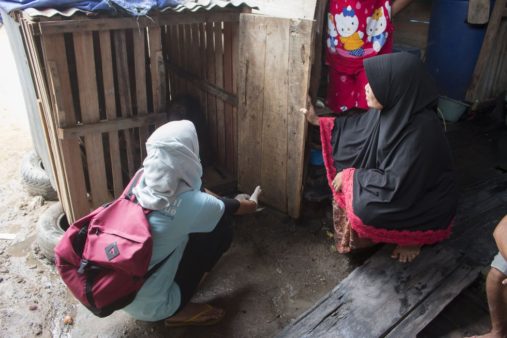 Sulhi Aufa, a veterinarian working with IAR, reached out to Amy, and Amy gladly took her hand. This was probably the first gentle human touch she’s felt in a long time. 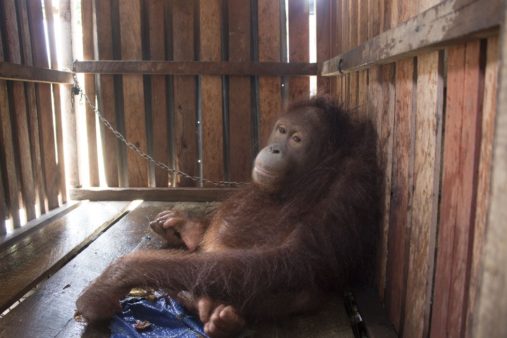 Although it’s unknown how long Amy has been kept in the crate, her “owner” insisted that it had only been for a month. But the poor physical condition she was in said otherwise. Her limbs and backbone was extremely bent, which tells us that she was most likely crammed into the small crate for much longer. 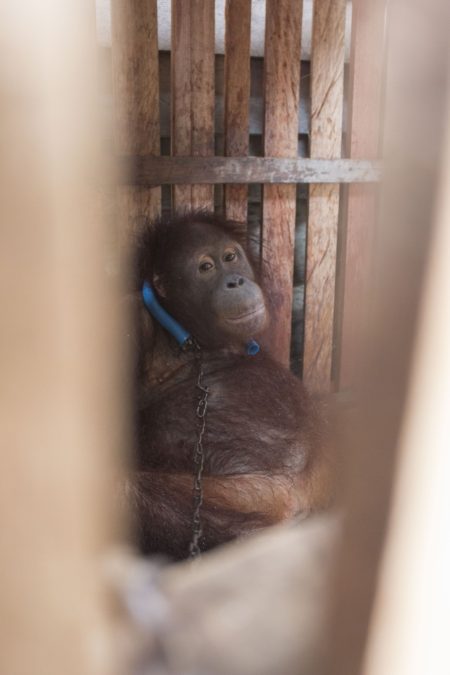