Hope for Paws, an animal rescue organization, received a call alerting them about an abandoned senior German Shepherd.

The poor dog was roaming the streets alone, seeking shelter under cars.

HFP rescuers knew they had to find this old dog to get her off the streets. When they arrived at the scene, they spotted her lying under a car. 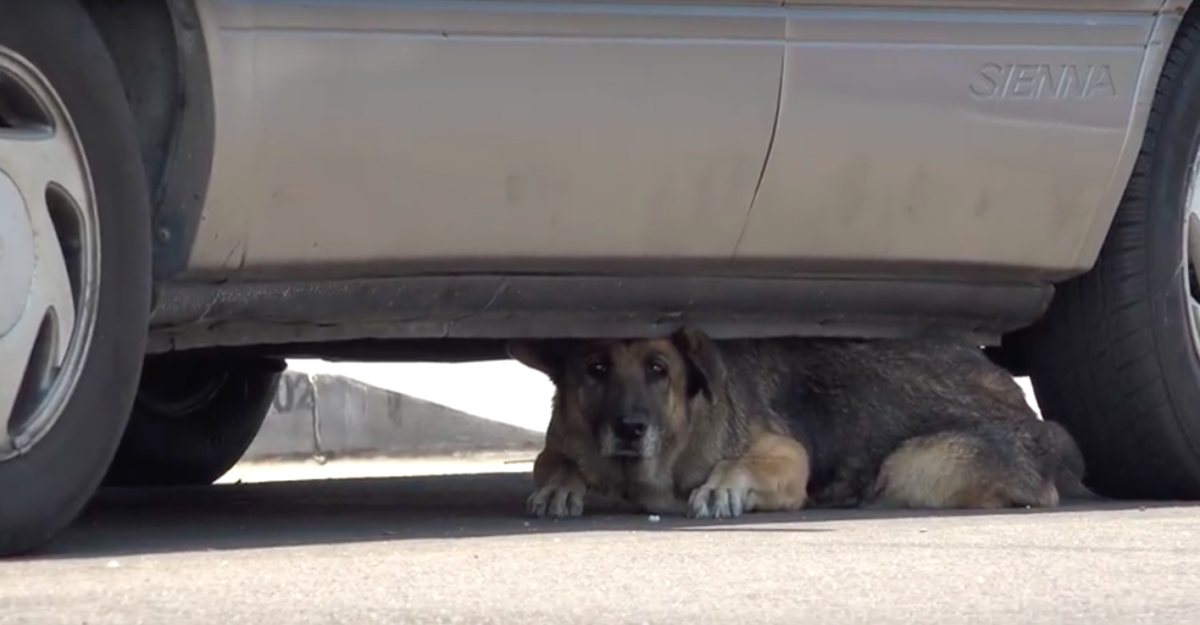 One of the rescuers slowly walked up to the car that the dog was lying under and threw a few pieces of food to her to gain her trust. At this point, many of the stray dogs run away when rescuers approach them, but luckily this dog didn’t. She actually did quite the opposite and crawled out from under the car on her own to eat more of the food.

In fact, the dog even followed the rescuer. She was starving and wanted more food, so the rescuers took advantage of that and used the food to lure her into an enclosed yard. Once they got her in, they closed the gate so she couldn’t go anywhere. 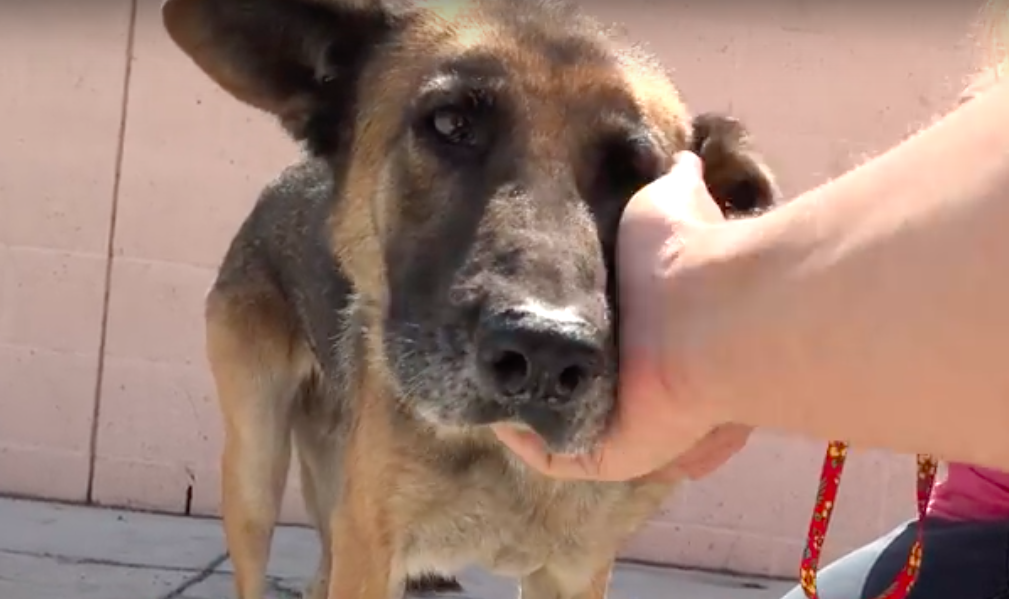 They put the leash around the dog with ease. She was surprisingly very cooperative, which made the rescuers’ jobs much easier.

They named this sweet pup Amelia. It was obvious right off the bat that Amelia craved human attention. She was very friendly and let her rescuers pet her and walk her on the leash. 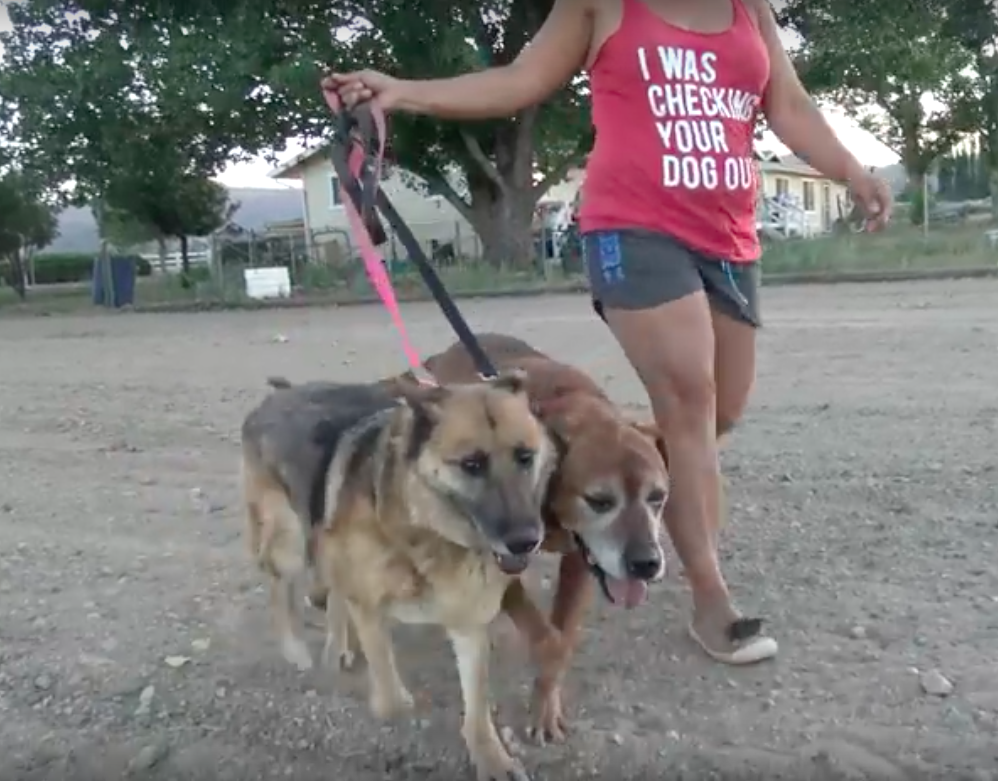 They lifted her up into the car and brought her to the hospital to be examined. Luckily, she was in good health, despite her old age. From there, she went to live with a foster.

Amelia has been doing great in her foster home and is such a kind and gentle dog. She gets along great with the other dogs there, and even other animals. Now she is just waiting for her forever home to complete her happy ending. 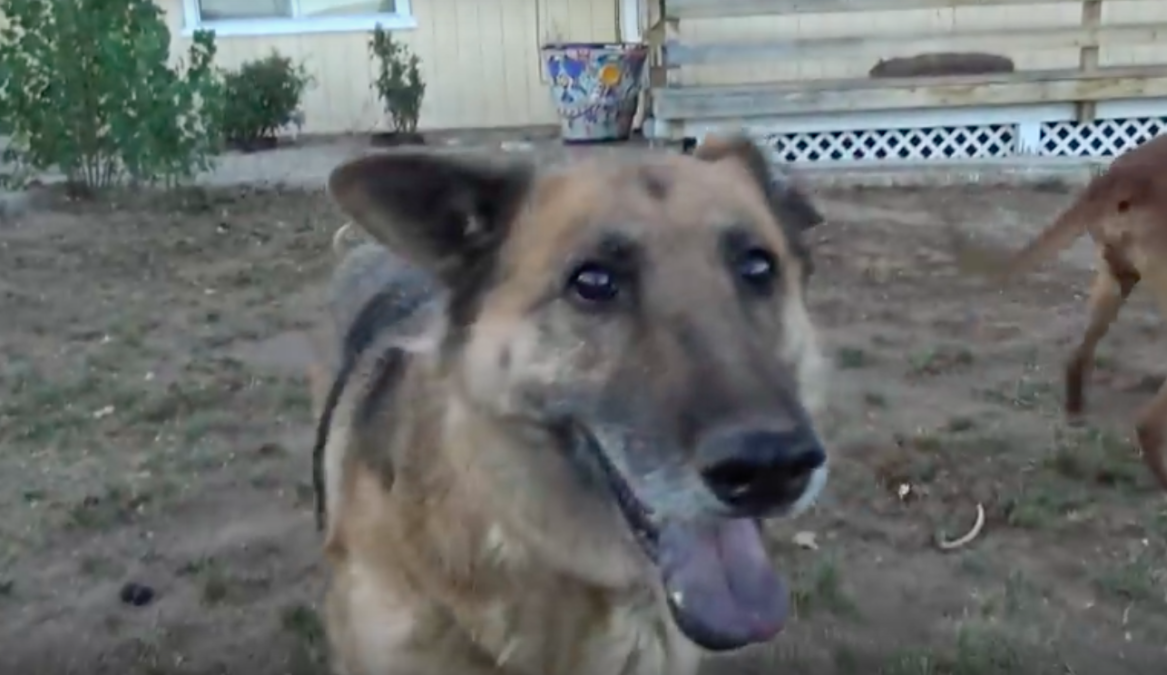 Whomever winds up adopting her will be one lucky family! She wants a family to love her, but she also has so much love to give! If you’re interested in adopting Amelia, please contact www.LAAnimalRescue.org.