Little Girl Who Was Unable To Speak, Uttered Her First-Ever Words When She Met A Donkey

Amber Austwick, now six years old, had lived a life in silence, but one donkey helped her find her voice.

Amber and her twin Hope, of England, were born prematurely in June 2010 and rushed to the ICU where their breathing was assisted. Being born so early brought about many complications for each of them. They both had severe bleeding in their lungs, but Hope fully recovered. Amber, on the other hand, needed a tracheotomy.

She was sent in for the emergency surgery, which saved her life. But it left her unable to speak since the operation restricted air to her vocal cords. 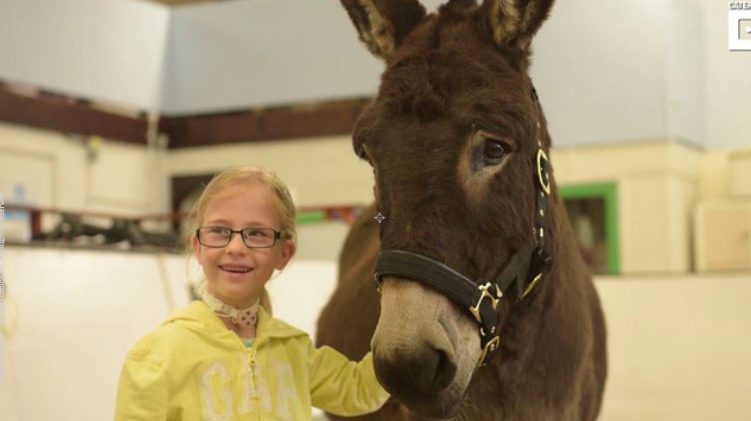 For the next few years of her life, Amber didn’t say a word. But everything changed when she met a donkey named Shocks, who had been rescued from abuse. Shocks helped Amber break out of her shell, and the two of them formed an immediate bond.

Amber’s mom, Tracy, took Amber to the animal sanctuary to visit Shocks often. Shocks has helped Amber become a lot more confident in school and in life in general. She even uttered his first ever words to him: “I love you.”
“It was such an emotional moment. I couldn’t believe my daughter had finally found her voice,” Tracy told KSAT. “He’s really lovely and so patient with Amber.”