It was a hot day in August when Amazon delivery driver John Cassabria, 24, became a hero.

While making a routine stop in Woburn, Massachusetts, Cassabria somehow found himself lost in an unknown neighborhood. Like many of us, he may have turned his radio down to help him focus on finding his way back to his route. But the momentary silence was broken by another strange sound.

“I’ve never heard anything like that in my life,” he told CNN. “I actually heard it over the reversing beep of my van.” 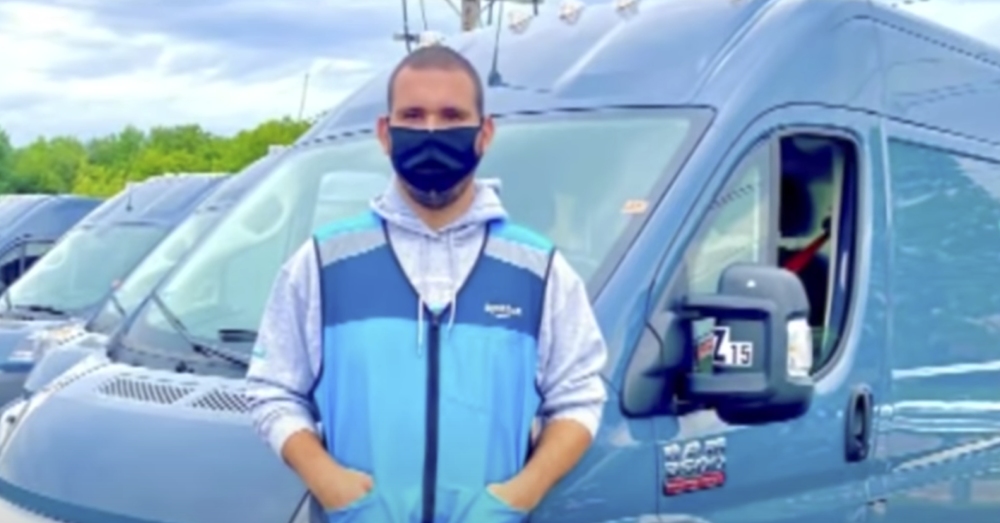 Cassabria followed the sound to a fenced in yard. And inside the fence, a heartrending sight.

“I saw a dog — the dog being Luka– barely standing in the pool,'” Cassabria said. “My heart sank as if I was watching an ASPCA commercial from 2005 when they played Sarah McLachlan’s ‘Angel.” 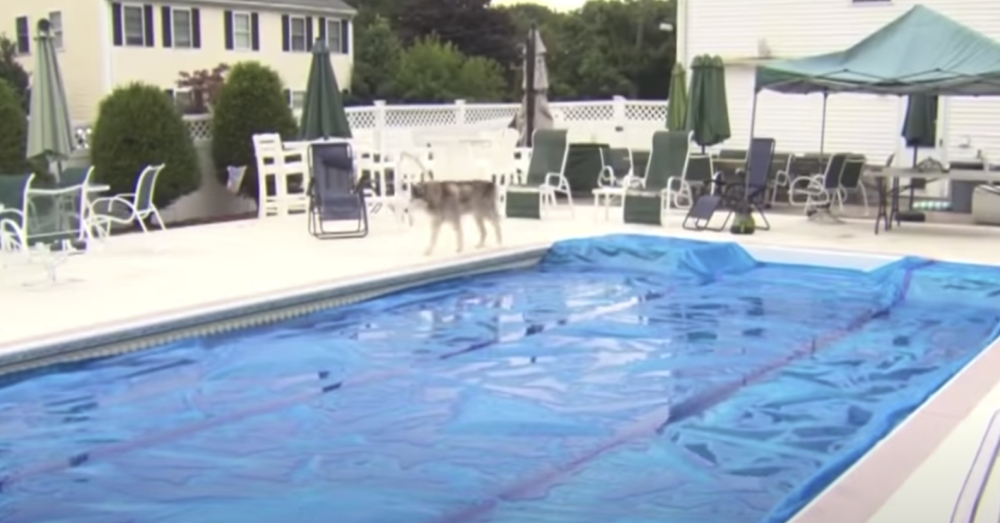 Source: YouTube/CBS Boston
Cassabria heard a strange sound while making a delivery. It was Luka, struggling in a pool.

Cassabria moved swiftly, jumping over the fence. He ran to the 14-year-old husky, whose head was just as quickly sinking into the pool.

“I dove into the pool with my shoes, wallet, car keys– the whole nine,” he said. “And I swam with him (Luka) in my arms the best I could hold him from the midway point of the pool to the shallow end and hoisted him and myself out of the pool.” 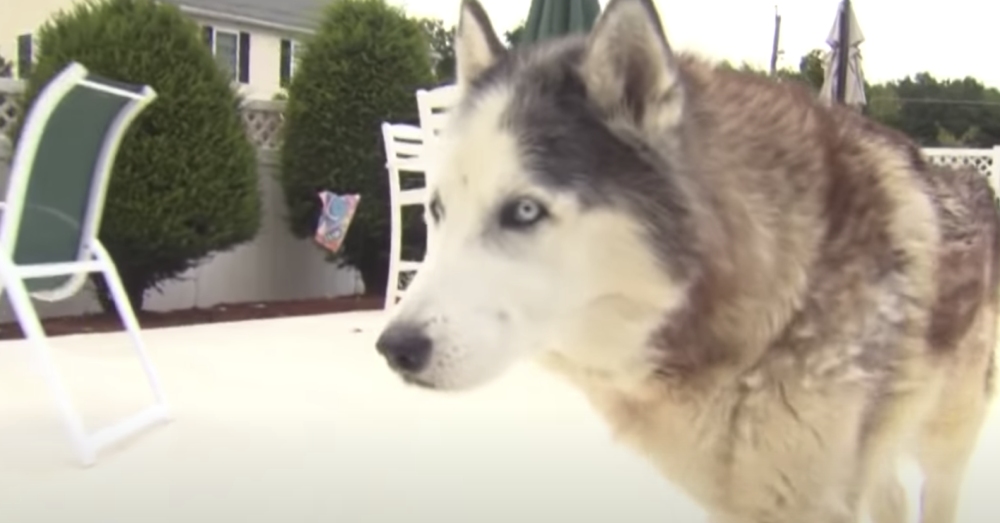 Cassabria called the local police Department with his mobile phone, who quickly got in contact with Luka’s owner, Julie Caldwell,

“I was enjoying my first cocktail at The Cape when my husband’s phone rang,” Caldwell told CNN. “It was the Woburn Police number.” 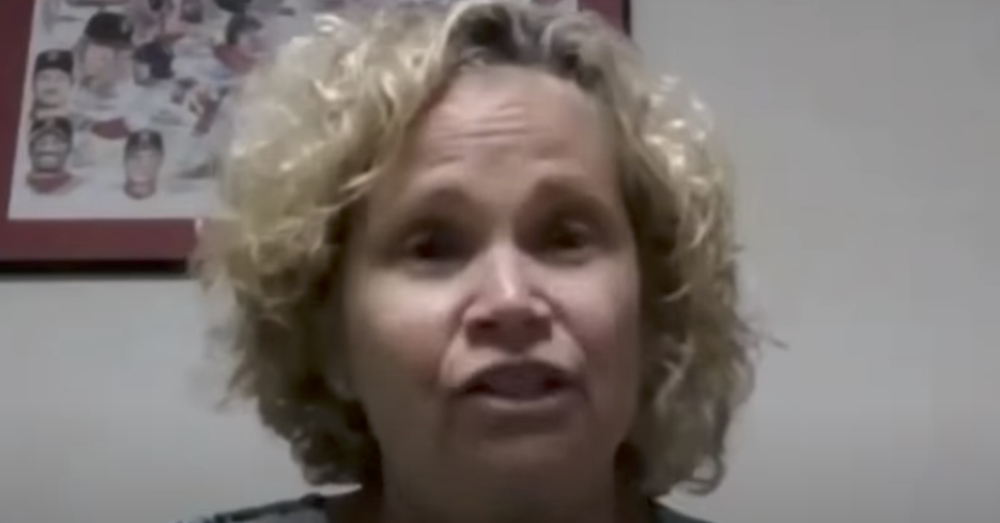 Source: YouTube/CBS Boston
Luka’s owner was grateful for the rescue.

The police explained how Cassabria had found Luka in the pool. Caldwell thought she had shut the gate before leaving on vacation. She didn’t understand what had happened. But the next call Caldwell received was from a neighbor who saw Cassabria’s heroic save.

As the story came together in her mind, Caldwell burst into tears.

“This came as a complete shock to us,” she added. 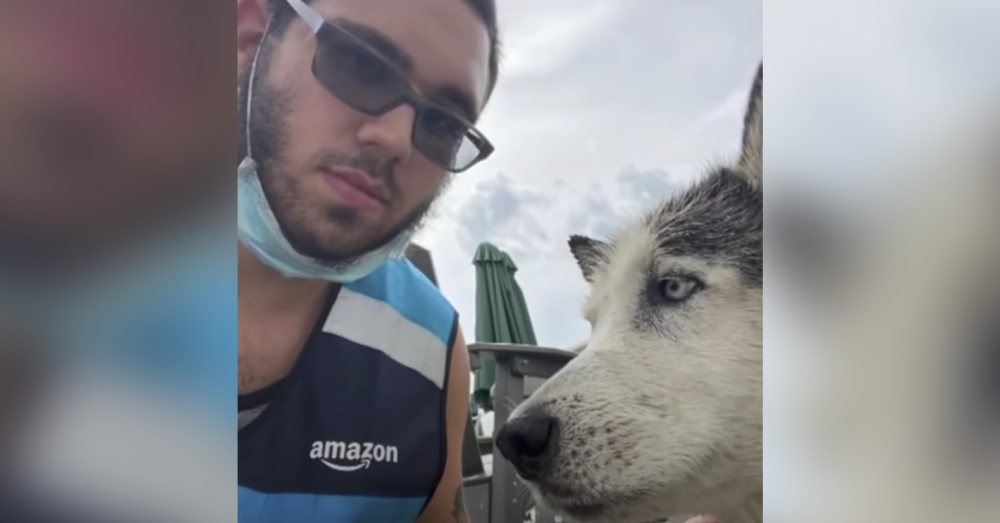 Source: YouTube/CBS Boston
Luka is alive today because of this delivery driver!

Caldwell couldn’t thank Cassabria enough after the incident. She even wrote an email praising him to Amazon CEO Jeff Bezos, CNN reports.

“Words cannot express how grateful we are to him. In fact, I have tears in my eyes as I write this email,” she wrote. “Luka is doing fine thanks to your wonderful and courageous employee.”