Talk about “right place, right time.” One Amazon delivery driver just happened to be in the right spot at the precise moment that he was needed in order to save a dog that was drowning in a backyard pool. Sometimes the way the universe works is just amazing.

Without any hesitation or concern for his own comfort, Cassabria jumped into the pool fully clothed. He didn’t bother to think about his phone, wallet, or watch – all three of which were in his pocket and ended up going into the pool with him. 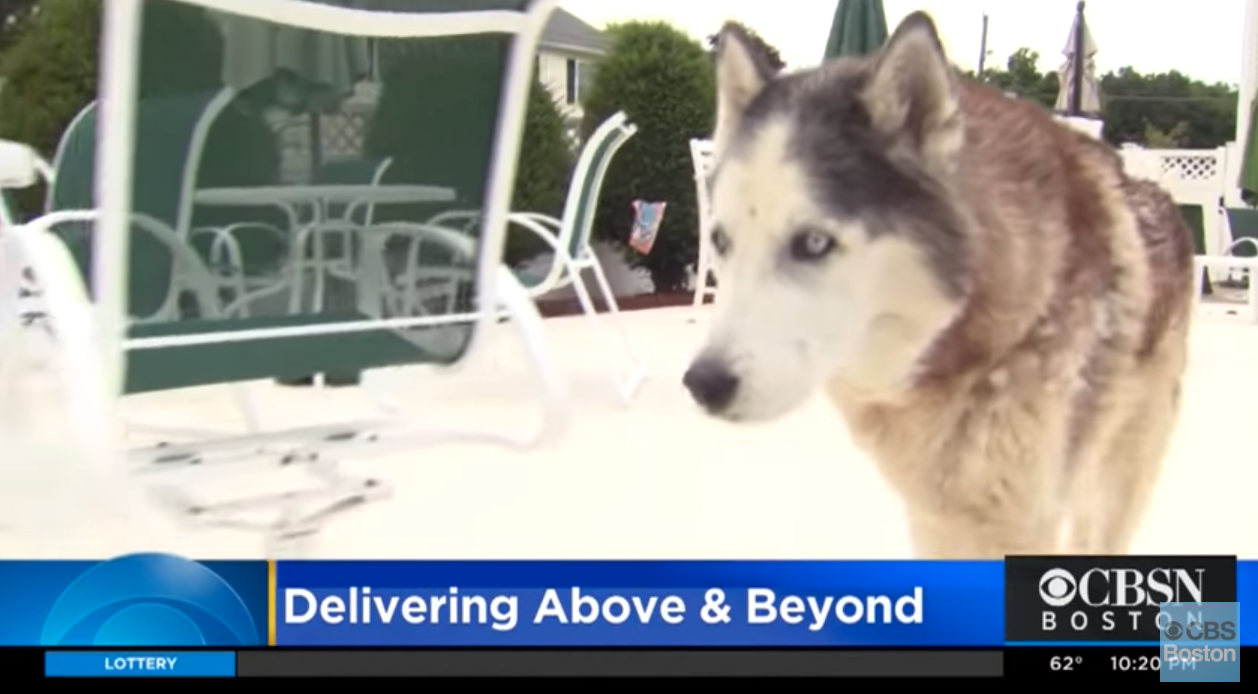 As Cassabria noted, his sole focus was on saving the drowning dog.

The grateful pooch turned out to be 14-year-old Luka. According to PEOPLE, Luka’s owner said the elderly pup has problems with his two back legs. If Cassabria not been there in that exact moment, the story would’ve taken a tragic turn.

As reported by WBZ-TV the incident most likely happened when a bone got caught in the pool’s vacuum – something that would’ve caught Luka’s attention and made him wander over towards the water.

Caldwell was not at home at the moment, having just left for her vacation only hours before. She was contacted by Animal Control in regards to the incident. And Cassabria’s good deeds for the day were not finished. He patiently waited with Luka for an hour and a half until his scheduled dog sitter arrived to look after him. 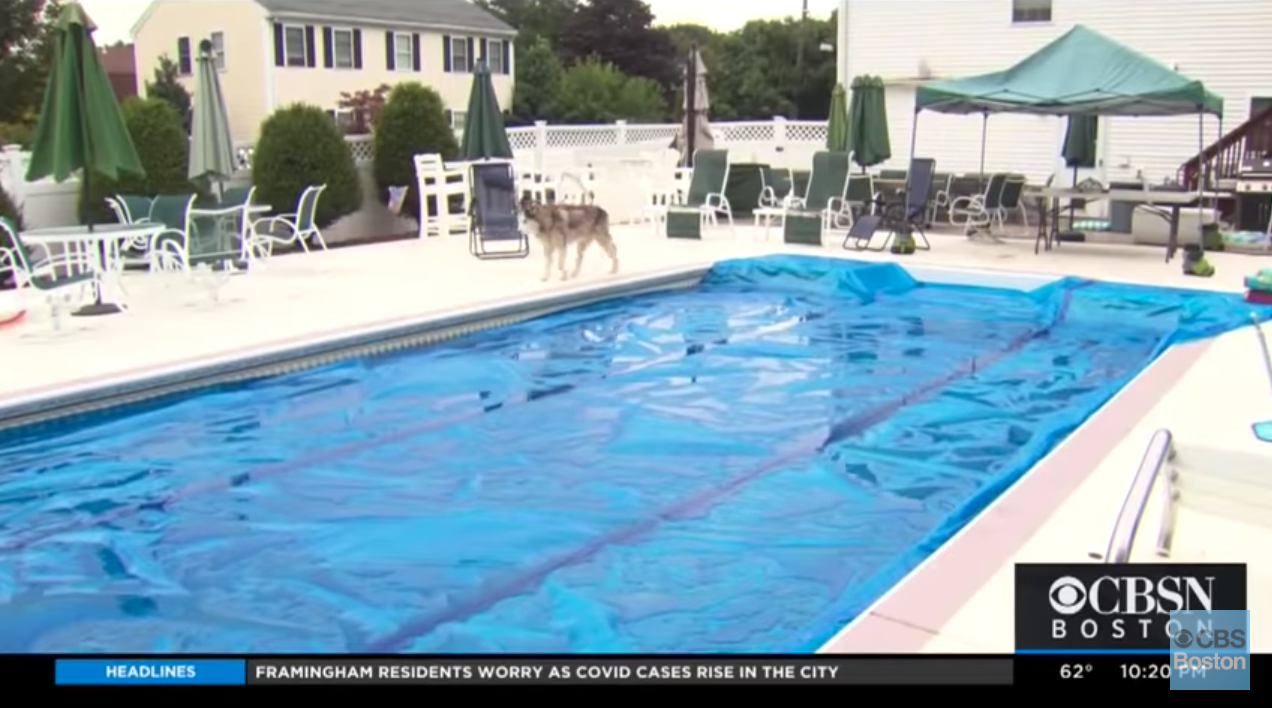 The heroic delivery driver said of his actions, “I happened to be in the right moment at the right time. I would repeat the same actions over and over if I had to.”

Caldwell then wrote a letter to the CEO of Amazon, Jeff Bezos, noting that she couldn’t thank Cassabria enough for what he did to save her dog. The letter, which was shared by Boston.com, stated, “Words cannot express how grateful we are to him. In fact, I have tears in my eyes as I write this email. Luka is doing fine thanks to your wonderful and courageous employee.” 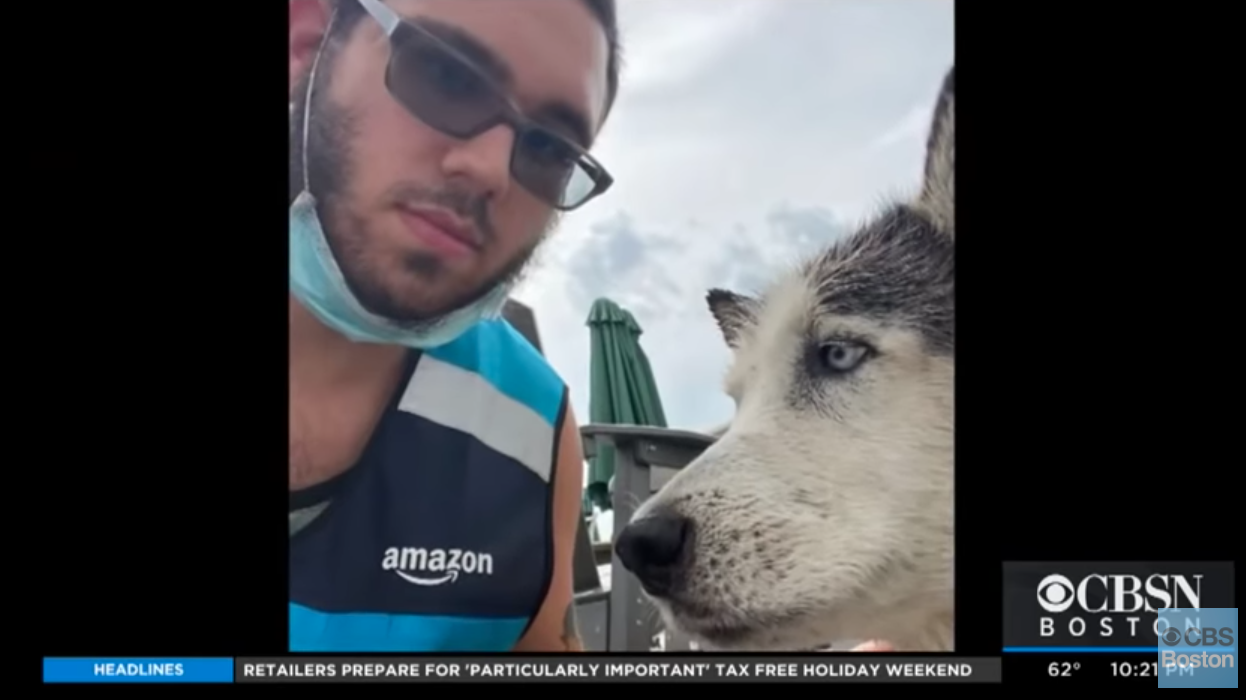 According to PEOPLE, there was yet to be a reply back from the company of Amazon. But hopefully, Cassabria gets the recognition that he deserves. It was a very kind thing that he did for sweet little Luka.

Watch the clip below: