School buses are a good means of transport if you’ve got a lot of passengers. And where Tony Alsup has been traveling, there’s certainly no shortage.

Alsup’s bus is adorned with the words “EMERGENCY ANIMAL SHELTER.” Within it are crates and kennels for the many animals he’s helped rescue throughout the areas affected by Tropical Storm Florence.

He’s made it his job to keep animals safe, and he’s good at his job. 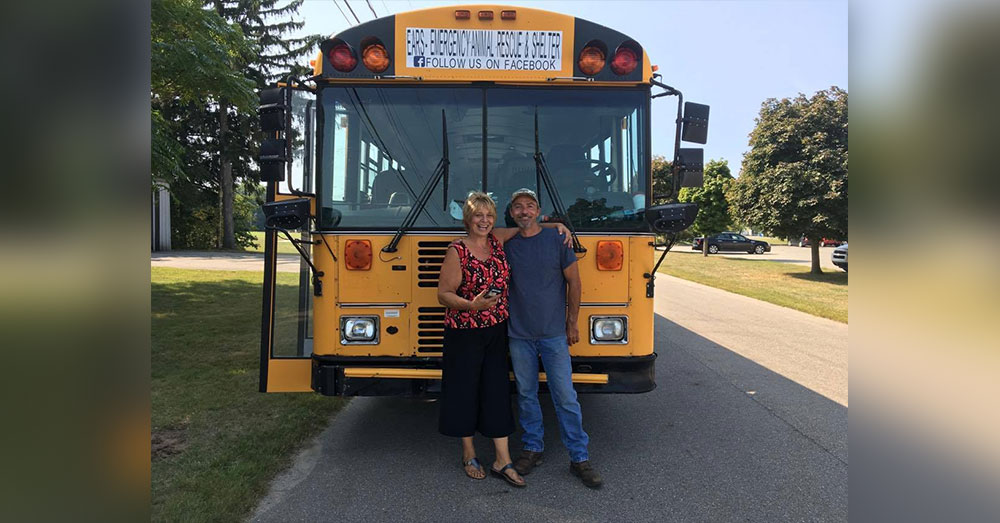 The 51-year-old Tennessean has helped with animal rescue operations during Hurricanes Irma and Maria, the Washington Post reports, and while Florence rained down on the East Coast, he saved 53 dogs and 11 cats from flooded shelters around South Carolina.

“So it begins,” Alsup posted to Facebook on Sept. 11, just as emergency evacuation notices began to pop up on phones across the East Coast. “I’m absolutely amazed at the cooperation taking place with the animal rescue groups and individuals. North Myrtle Beach and Myrtle Beach shelters will be cleared tonight. Volunteers are stepping up and reaching out to receive new pets from all over the country. Let’s keep it up. NO ONE LEFT BEHIND.” 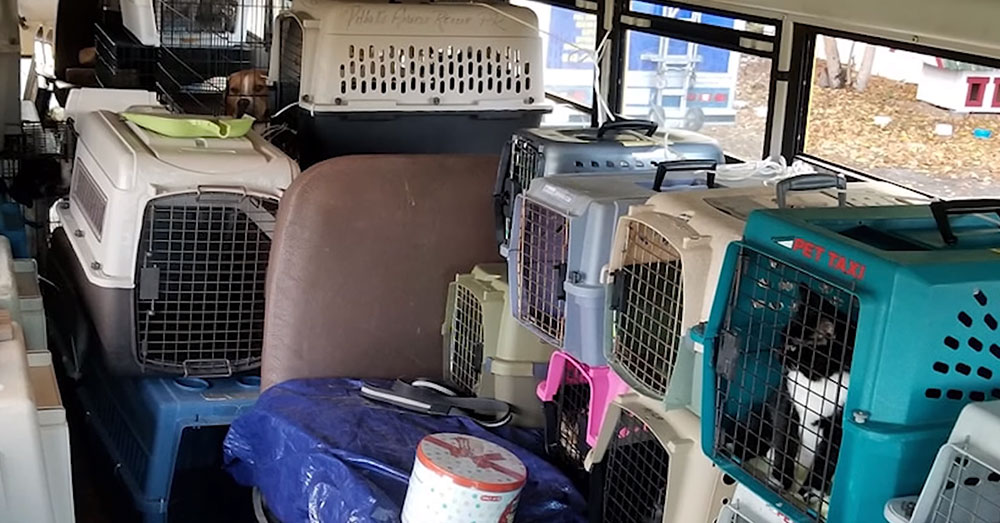 Source: Facebook/Tony Alsup
Alsup rescues animals in his “Emergency Animal Shelter,” which can fit dozens of crates and kennels.

Alsup is as compassionate as he is determined. When he says something, he means it. And he wasn’t about to leave those animals behind.

In a matter of 48 hours, Alsup’s “Ark” made stops at the Humane Society of North Myrtle Beach, the Dillon County Animal Shelter, a shelter in Orangeburg, and the Saint Frances Animal Center. He takes the animals that might not otherwise have a chance. Thanks to Alsup, they do.

“It’s all true,” the Saint Frances Animal Center posted to Facebook. “Tony swooped in at 4am Wednesday morning to pick up our ‘leftovers’ — the dogs with blocky heads, the ones with heartworm. The ones no one else will ever take. And he got them to safety. Not the most conventional evacuation, but surely the one with the most heart.”

After these latest rescues, Alsup and his animals drove from South Carolina to Alabama, stopping at a Waffle House for a quick breakfast before getting back on the road.

“I’m like, look, these are lives too,” he told The Washington Post over a plate of waffles and grits. “Animals — especially shelter pets — they always have to take the back seat of the bus. But I’ll give them their own bus. If I have to I’ll pay for all the fuel, or even a boat, to get these dogs out of there.” 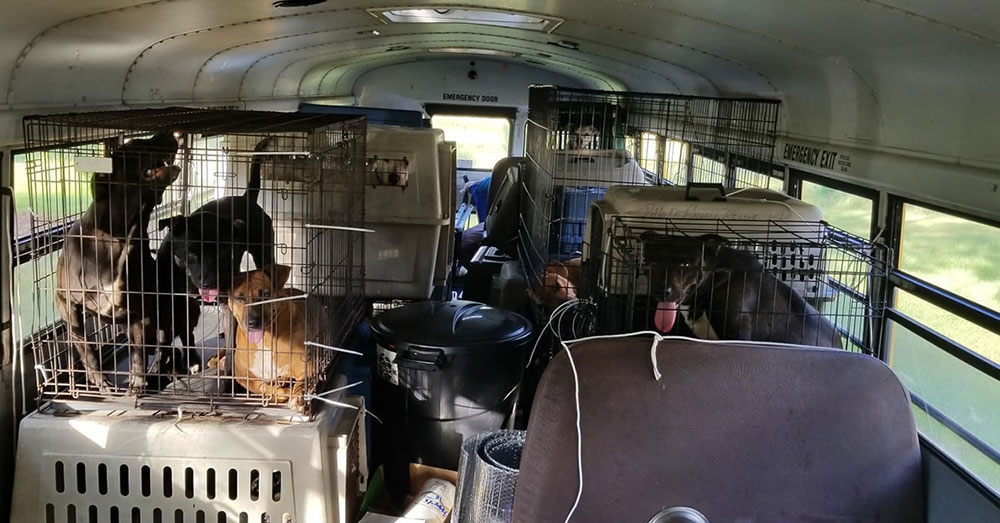 Source: Facebook/Tony Alsup
Thanks to Tony Alsup, these animals have a chance.

Alsup purchased his bus in the fall of 2017, as Hurricane Harvey drenched Southeast Texas, leaving animals and people without homes, and struggling to survive. Since then, he’s been on high alert, waiting for the call to come pick up animals in danger and transport them to safety.

The cats and dogs Alsup rescued from the path of Tropical Storm Florence were taken to Foley, Ala., where his friend Angela Eib-Maddux runs a shelter. They were bathed, comforted with clean blankets, and given a warm place to rest until they could be taken to public shelters or foster homes, though many were quickly claimed.

Alsup and Eib-Maddux put the call out online, and a number of people showed up to adopt the animals right then and there. The others are now being transported to shelters across the U.S.