Please be aware that this article and the embedded video contain graphic scenes that may not be suitable for sensitive, though everyone survived the ordeal.

Footage captured by a trail camera, posted to the social media platform TikTok, and then to Reddit by user u/PussyWhistle shows a man rescuing his dog from the grips of death.

It begins with the man wading in hip-deep waters, wrestling with something below the surface. A few seconds later, a small and frightened puppy emerges from the pond, caught in a determined alligator’s jaws.

As the man attempts to pry the gator’s jaws apart, the dog can be heard yelping in pain. Judging from his own grunts of anguish, the man is giving this rescue his all. 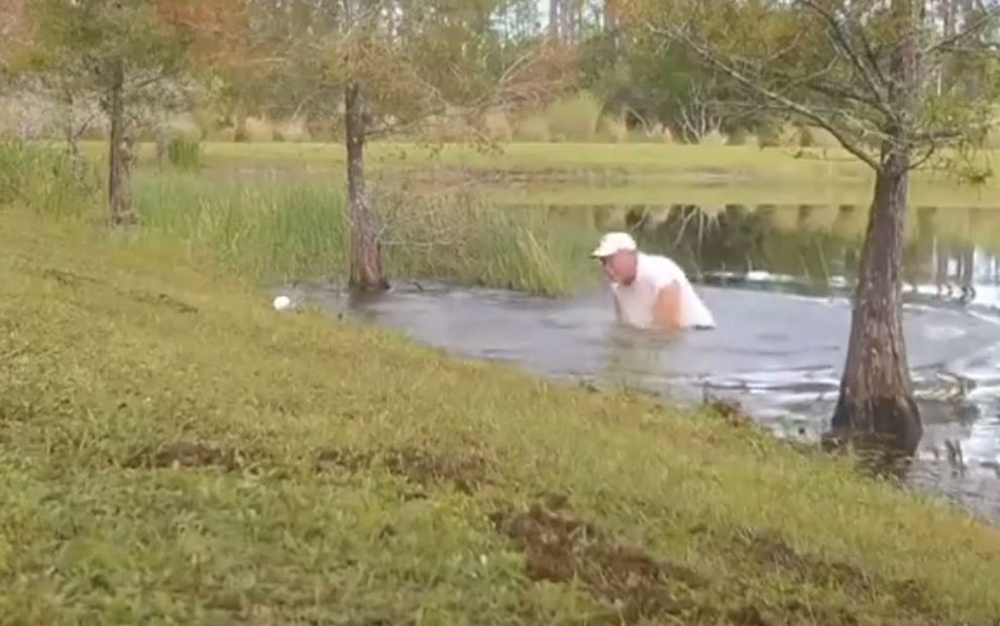 Source: Reddit/u/PussyWhistle
The man is wstruggling in the water with something under the surface. 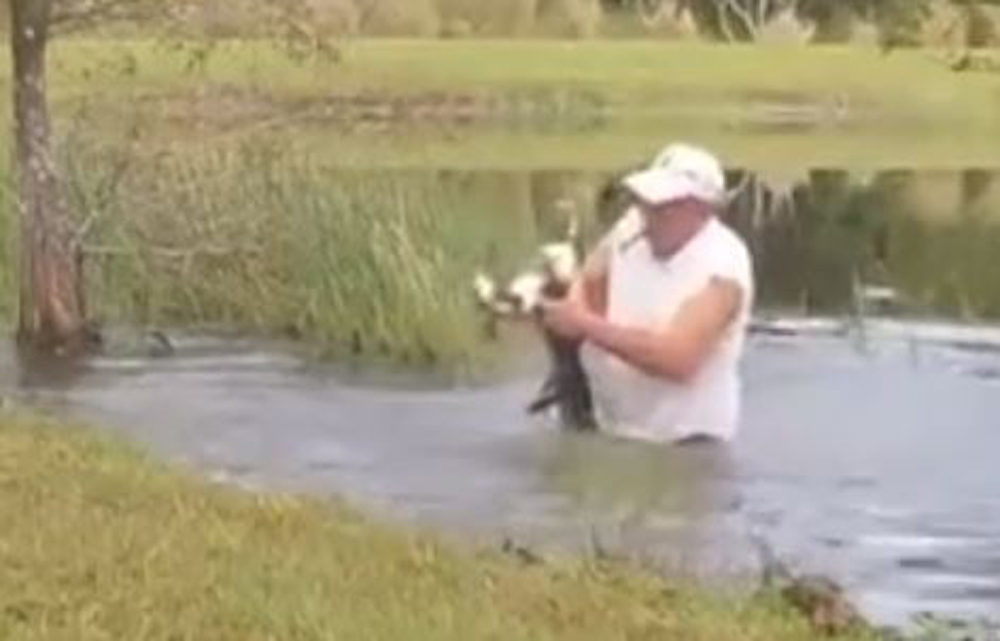 Source: Reddit/u/PussyWhistle
The alligator had taken this man’s dog from near the pond’s bank. 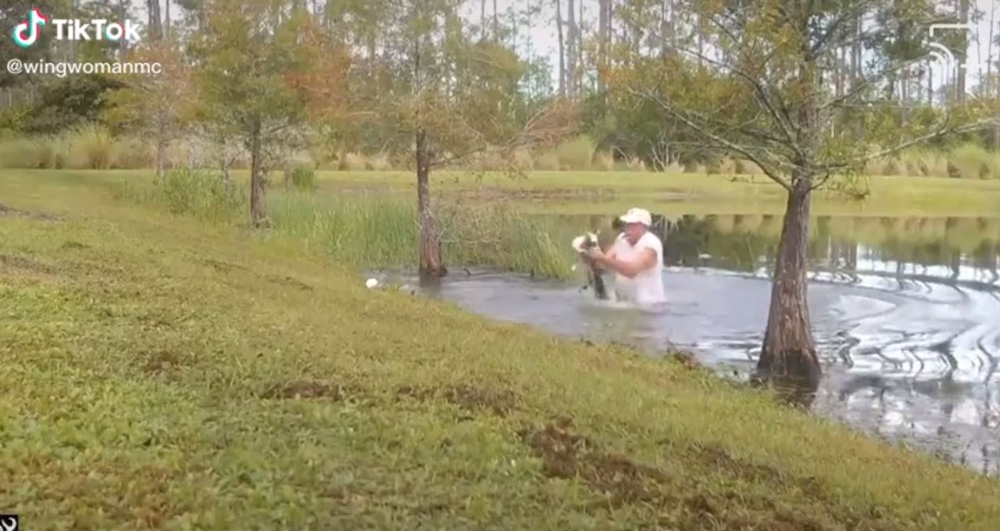 Source: Reddit/u/PussyWhistle
The man was grunting as he tried to wrestle the alligator’s jaws apart.

The gator is dragged up onto the shore and the man tries as hard as he can to set his dog free.

A few seconds more and the pup is released from the alligator’s jaws. It runs to safety, apparently no worse for the wear. Meanwhile, the owner of the dog is still on the bank of the pond, straddling the alligator. 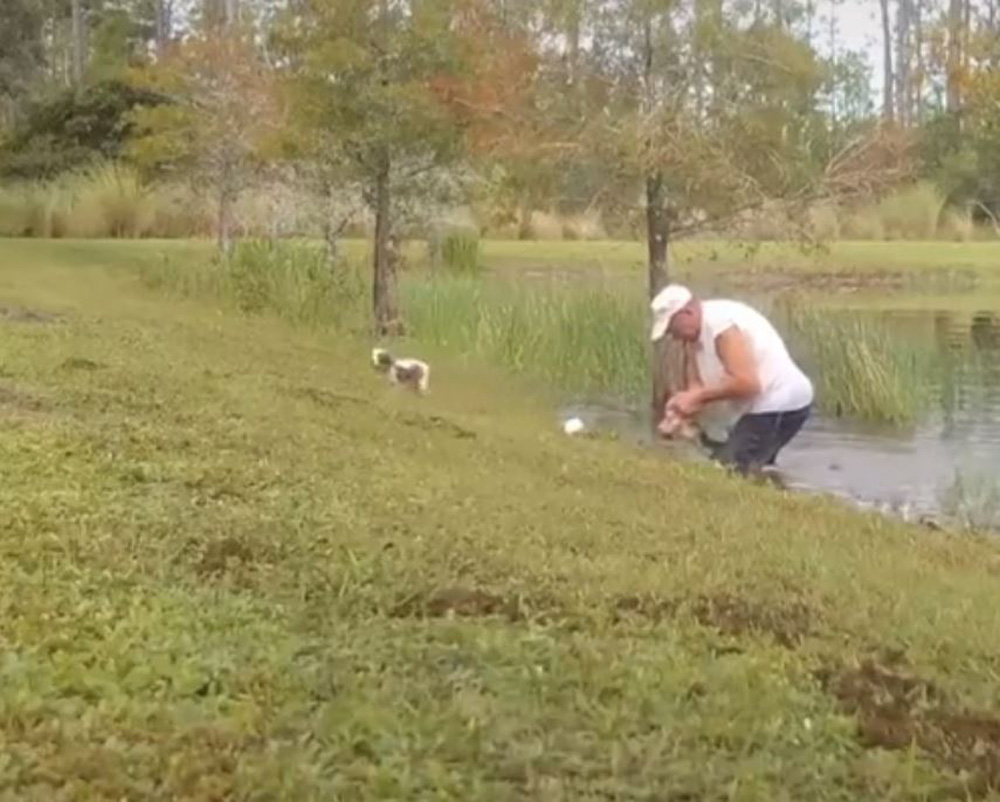 Source: Reddit/u/PussyWhistle
He dragged the gator onto shore and managed to free his dog.

This isn’t a position anyone wants to be in, be we’re happy the pinched pup was rescued from the clutches of this predator. According to Science Daily, the force of an alligator’s bite is enough to lift a small truck. The gator in this video appears to be much smaller than a full-grown adult, but dangerous nonetheless.

See the entire incident in the video below.