A ten-year-old boy named Alex Johnson from Avon, Ohio, suffers from a life-threatening seizure disorder. He is also visually impaired, non-verbal and has chronic obstructive pulmonary disease, due to loss of oxygen at birth.

This past week, he and his family traveled all the way from Ohio to Animal Adventure Park in Harpusville, New York, to grant a special wish of his: meeting April the giraffe and her newborn, Tajiri, thanks to the Make-A-Wish Foundation. April the giraffe became a viral sensation after her pregnancy watch was live-streamed for weeks. Millions tuned in from all over the world, impatiently waiting for her baby to be born. 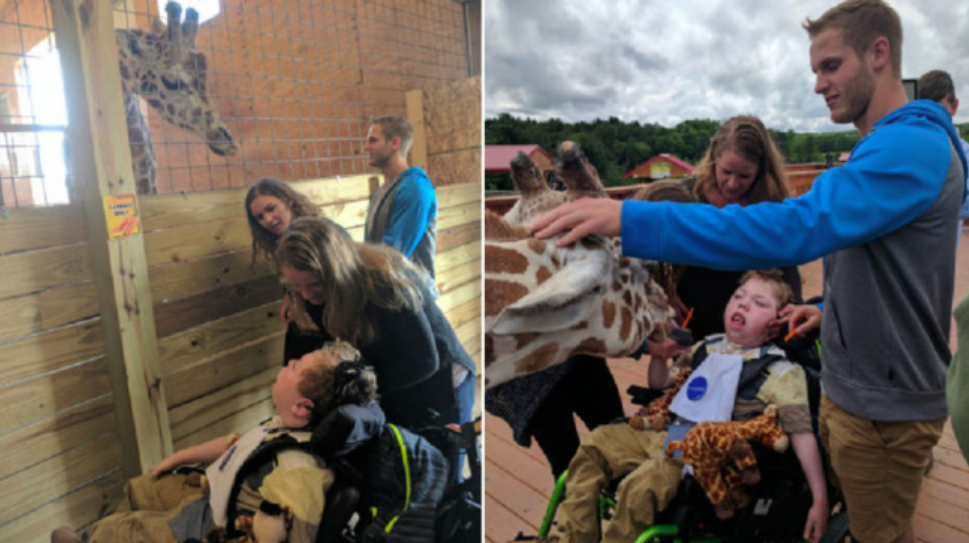 “When we received the call from Make-A-Wish, this was truly a no-brainer for us,” Jordan Patch, Owner of Animal Adventure Park, said in a statement. “April has had such an impact worldwide and we want to ensure that her exposure not only has an impact on animal conservation efforts, but also on any lives that she can touch in a positive way. Alex and his family are wonderful people and we were all happy to meet them and welcome them to our park.” 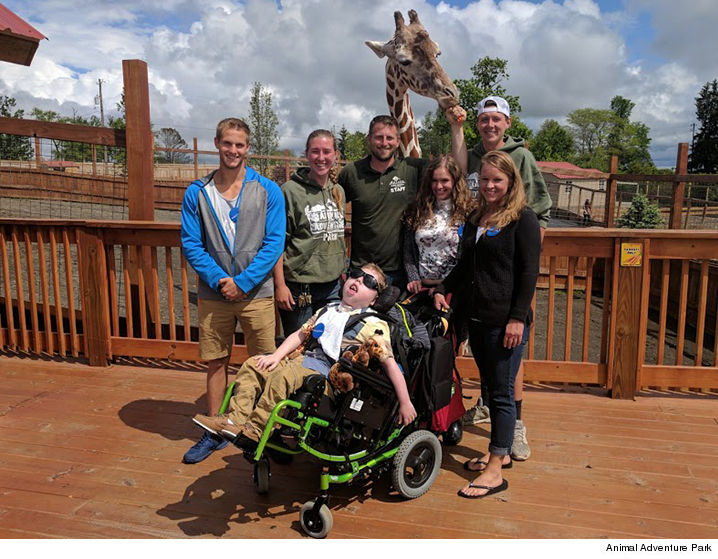 Alex got home from the hospital just in time to watch April give birth on the live stream. As soon as his mother told him the baby was being born, he instantly grew happy and perked right up. It’s amazing to see Alex finally getting to meet his favorite animal!

It’s such a happy and heartwarming moment! Watch Alex meet April for the first time in the video below: