When we adopt a dog, we recognize that they are sometimes going to come with baggage. That includes the possibility of what happened to this man, who found out his adopted dog had, at one time, been forced to drink alcohol. Not only did he help the dog to recover from alcoholism but also he shared the story online.

Digger’s story was shared by Redditor I_am_a_mountainman after he had gone online to ask how to help a dog dependent on alcohol.

He had rescued the dog when he was visiting his relatives and had gone to the neighbor’s house. Those people were described as being ‘animal hoarders’ and they showed him one of their tricks.

“One of their dogs ‘tricks’ was that it could drink a half bottle of wine (350mls, ~12.5US fluid ounces, of 11% alc/vol). They wouldn’t feed him until he completed this ‘trick’, which he must do twice a day, and is repeated everyday,” I_am_a_mountainman wrote. “They think it’s a great laugh… I think it’s cruel as f*ck.”

The people were ready to get rid of the dog because they were ‘getting sick’ of him. They felt he was no longer any fun because he wasn’t staggering after drinking alcohol any longer. They were considering “‘getting rid of him’ (which means a bullet in these parts).”

Rather than allowing them to do it, I_am_a_mountainman told him he would take the dog and they agreed. Now he found himself in an unusual predicament. The dog had to detox because he had become so dependent on alcohol. How do you handle that problem?

“The dog seems to go absolutely berserk, and then looks in pain, before staggering around in fright if I don’t give him a small glass (100mls) of wine,” he said, of what happened when the dog first was brought to his home.

“I really want to help this guy, as he is amazingly sweet. I find it sickening that whenever my hands go above roughly my shoulder height he cowers (I’m thinking he’s been hit a lot maybe?)… poor boy.”

His vet told him that “alcoholism treatment hasn’t been studied widely in dogs” and that the dog will likely experience “DT’s” similar to a human that goes ‘cold turkey’ from alcohol.

“My vet said he couldn’t professionally recommend I keep giving the dog alcohol,” he said. The vet thought it would be animal abuse but the man went to another veterinarian and they gave him a recommendation ‘off the record’ to wean the dog off the bottle slowly. 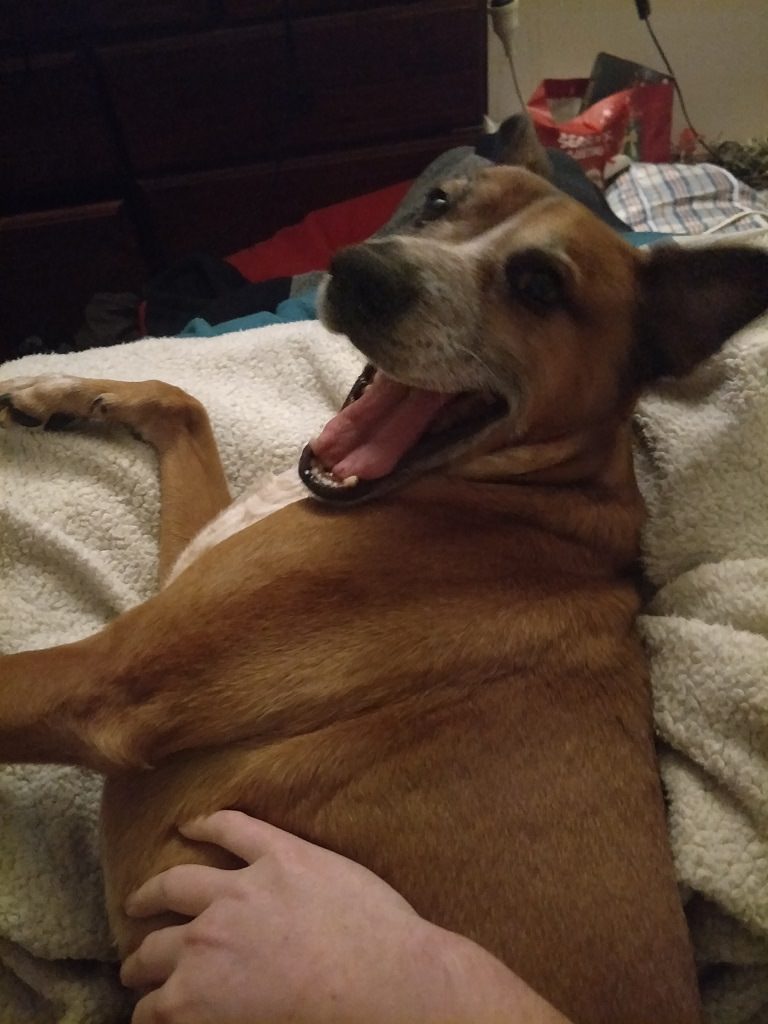 “They have decided that despite the law, given the unique circumstances, the are confident despite statute that an alcoholic wean wouldn’t be considered abuse,” he wrote. “I am going to wean him down at a rate slightly quicker than the one originally suggested (in the post), but be monitoring him constantly for signs that he is in withdrawal, in which case I’ll let him have a small amount and re-assess in 45 minutes.”

“I also have some IM Valium that I’m to give him if he has a seizure, before immediately transporting him to the hospital. The vet will look him over twice a week at his clinic, monitoring his weight and have another liver test done in a few weeks!”

It took a lot of diligent effort for I_am_a_mountainman to care for the dog that he named ‘Digger’. He gradually made the switch from wine to apple cider and decreased the intake. A veterinarian also decided that the weaning process could be accelerated because his liver could be negatively impacted.

He said that the police went to the original home after they were reported and they got charged with criminal offenses. He also was happy to say that Digger has gone his first day without drinking alcohol.

“I am posting here to let you know that today ‘Digger’ (Doggo’s new name) has successfully gone 24 hours without consuming any alcohol, and seems to be fine,” he wrote. [He’s] not quite as ‘chipper’ as usual, but certainly not suffering as much as one may expect. As you can see from these photo’s he may look a little sorry for himself but still can give a smile and a yawn when woken up with a belly rub!” 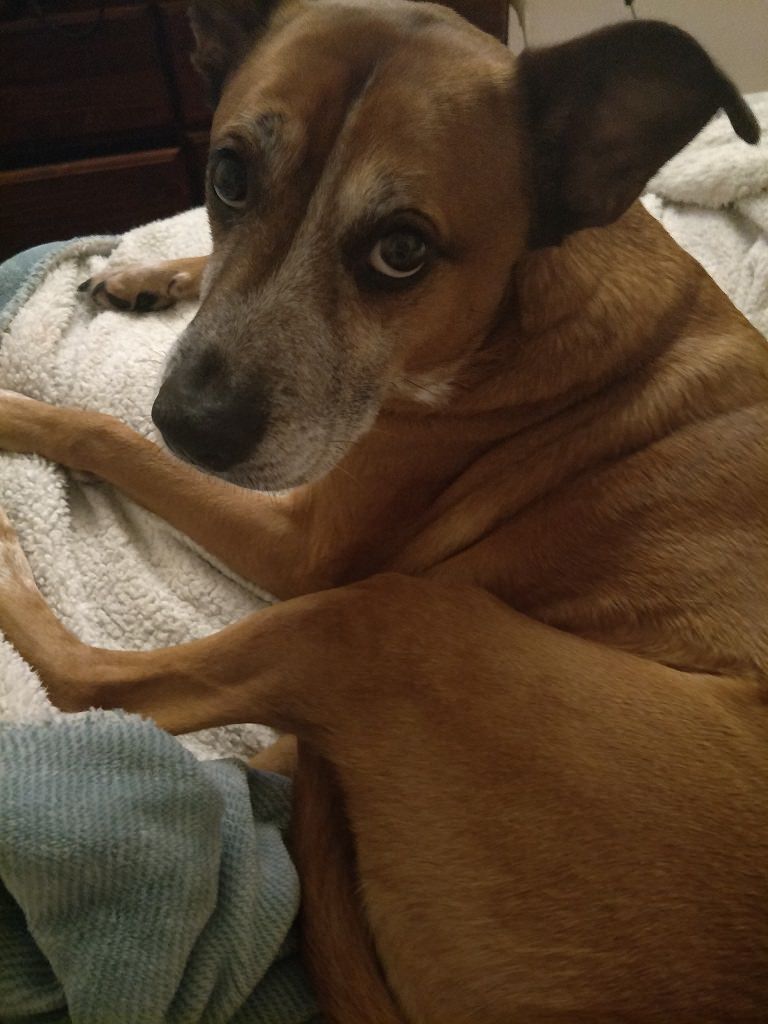 Digger may not have been his ‘usual boisterous self’ after not having his morning drink, but by the time evening rolled around, he was ‘a bit brighter and happier to be in a room with light, and has had some food!’

“I think that the meds are causing him some sleepiness too,” said I_am_a_mountainman. “Though to be honest, I am absolutely ecstatic because he has managed to beat his physical dependence on alcohol, and while his liver had the result which was of concern to my vet, the vet is confident that by having ceased the alcohol in this time frame the liver shouldn’t suffer too much (if any!) permanent impairment!

“He should hopefully live out his days to a regular lifespan…which I consider amazing given what he has been through!”

“From today on he has started living the rest of his life in a loving home, with his new ‘family’ (2 humans, a fellow dog, and 2 cats), and can say that he is now SOBER!”

This was a very positive story. If you’d like to read the rest of the story, which contained some graphic language that was originally posted, you can read it here.

Check out how the dog is doing today.