A Rottweiler mix dog was abandoned on the street after his owner moved away. He managed to survive almost a year on his own, thanks to food and water given to him by neighbors.

Hope For Paws, a local animal rescue organization, received a call from a woman asking for them to rescue the stray dog. When they arrived, the dog was laying in the grass behind an apartment building. After enticing the dog with a hamburger, they approached slowly to get a better look. 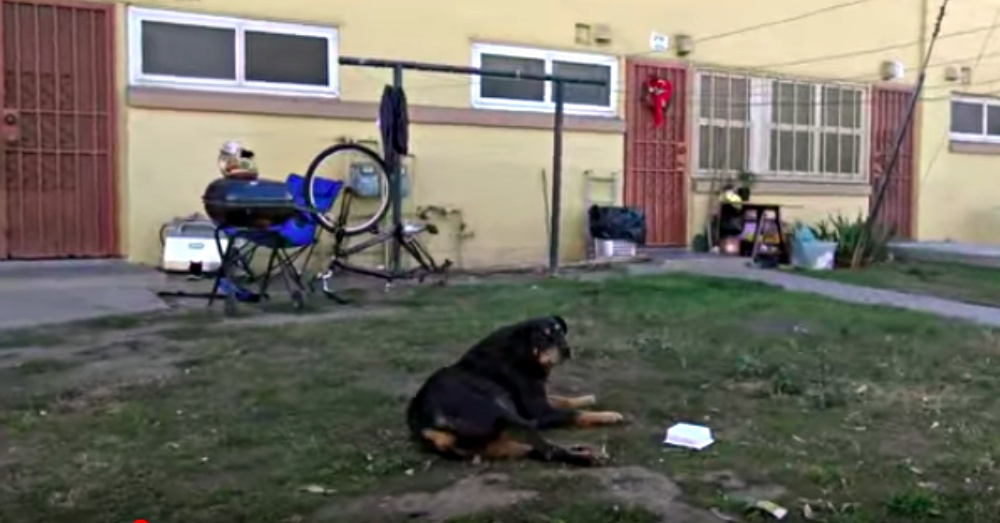 The dog was friendly, wagging his tail as he happily ate the burger. He had the saddest eyes just begging for help. The rescuers named him Al Capone. The gray hair around his muzzle showed his age. This sweet senior had no place to call home, but that was about to change.

Rescuers slid a leash around his next and started to walk him to the vehicle. They noticed his belly was bloated and distended, which made them concerned. Once they lifted him, all 120 pounds, into the vehicle they headed for the vet. 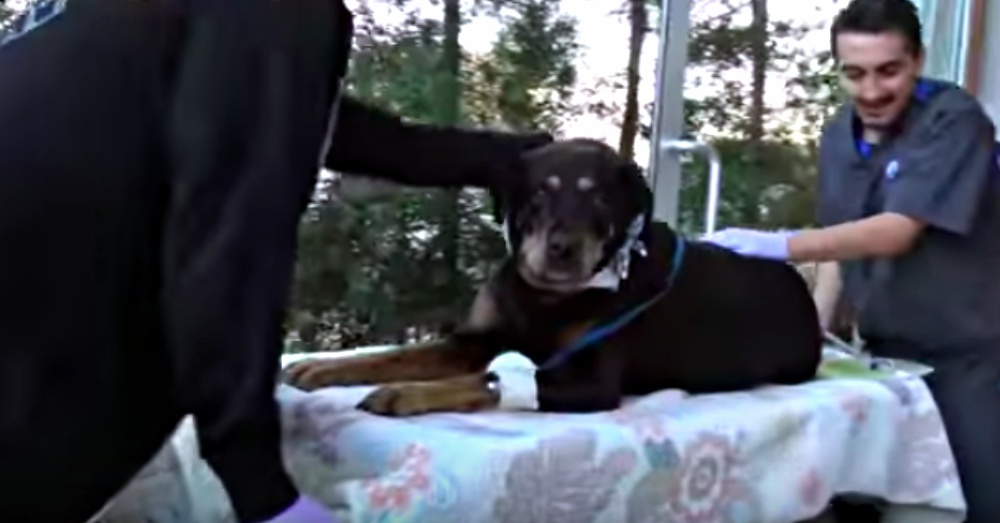 After examination, the vet found a large mass in the abdomen. Al Capone needed emergency surgery to remove it before it ruptured.

The surgery was a success! Al Capone recovered quickly and was on the search for a forever home. LA Animal Rescue took Al Capone in, and two months later he found his forever home. 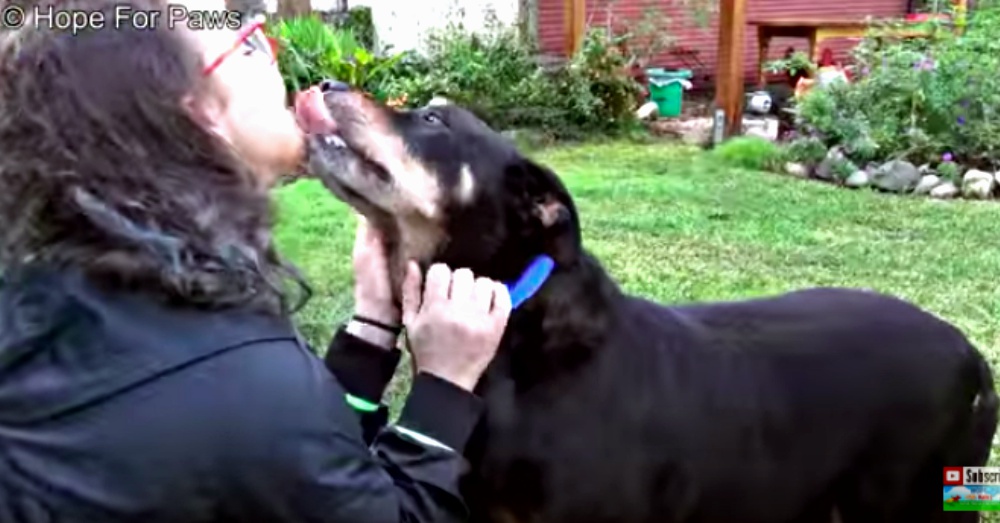 His name was changed to Alfred, and he is enjoying time with his new family. He is a mellow boy who simply wants to be loved. Thank you for rescuing and finding a forever home for this sweet senior.