Rescuers Find A Surprise In An Abandoned Litter Of Squirrels

The Antler Ridge Wildlife Sanctuary in Warren County, New Jersey welcomed a litter of six baby squirrels. The organization had cared for squirrels in the past, so they knew exactly what to do when they received the call that the baby animals had been found abandoned in an attic. 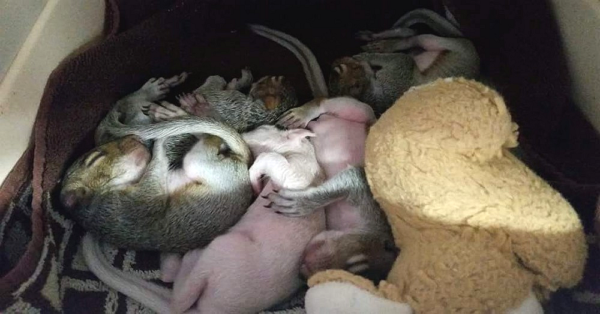 In fact, Antler Ridge had rescued more than 1,600 Eastern Grey squirrels in the past. However, one of these newest additions was discovered to be a white squirrel. 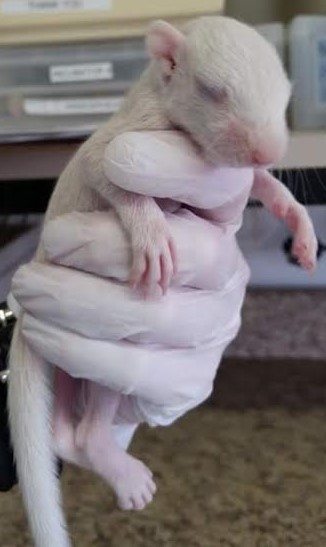 “We were all surprised Filbert was so white,” wildlife rehabilitator Linda DeLorenzo tells The Dodo. “We were interested to see if he was truly albino or if he was leucistic, which is a partial loss of pigment. If the squirrel had leucism, he’d have normal dark eyes, but if he was albino, he’d have red eyes.” 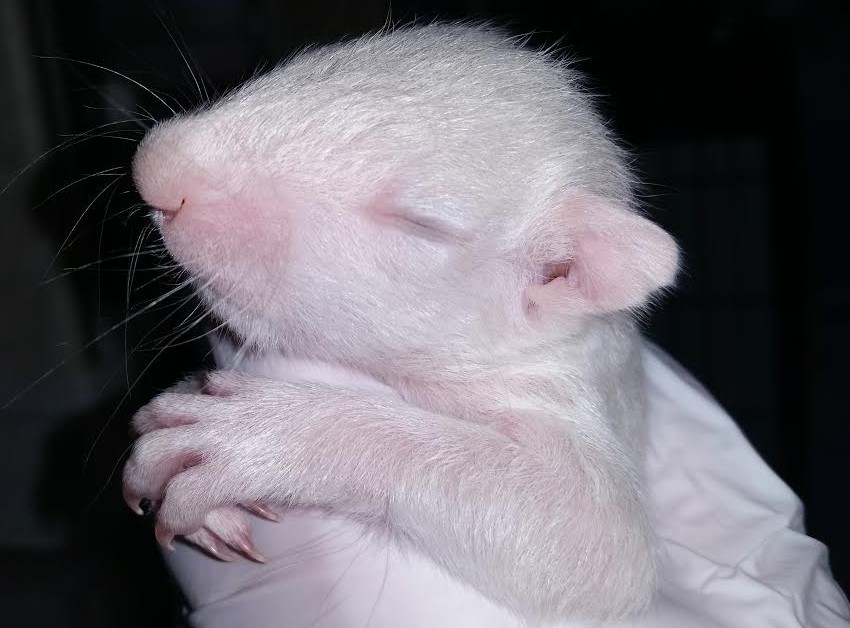 The staff knew that many squirrels have white fur at birth, so they assumed that the squirrel would change as he grew. As his brothers and sister turned brown and grey, Filbert’s white fur just kept getting thicker.

Filbert shocked them all. At four weeks, the little animal opened his eyes to reveal their color: red. The color confirmed that Filbert was indeed albino. 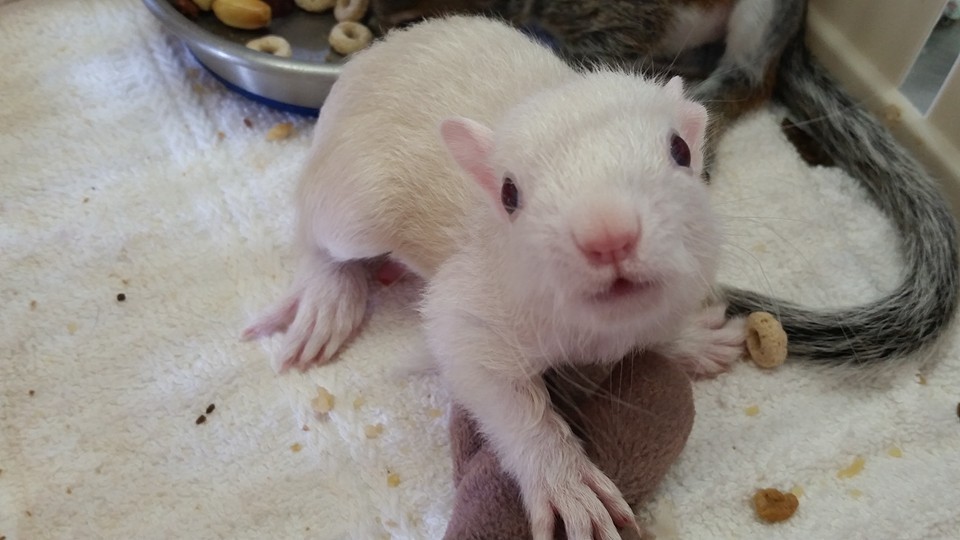 When the litter was 12 weeks, the staff knew it was time for them to be released back to the wild. However, Filbert was a special case. Because of his color, it would be difficult for him to camouflage and protect himself from predators. For his safety, Filbert will remain at the Antler Ridge Wildlife Sanctuary.

The tiny animal will serve a big purpose. Filbert will be used to teach students about squirrels and the condition of albinism. 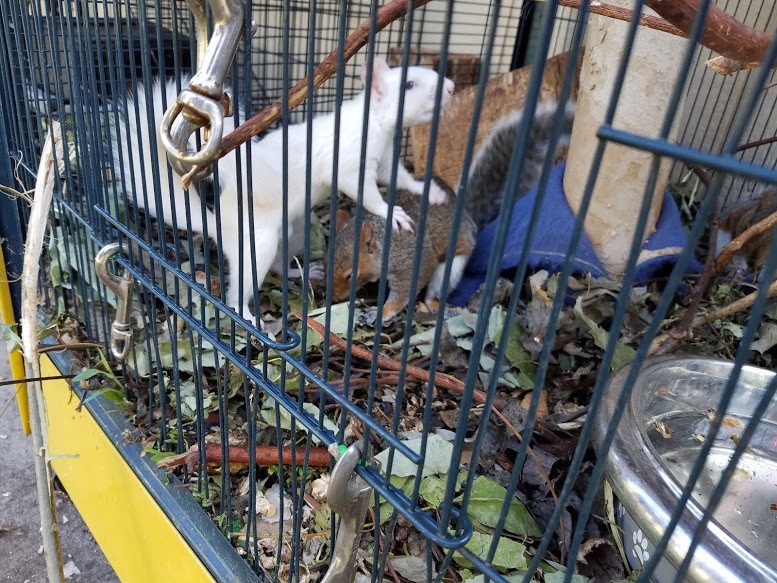 Filbert is extremely rare. The Dodo reports that only 1 out of every 100,000 grey squirrels is albino.

For more information on the Antler Ridge Wildlife Sanctuary and how you can help their mission of saving animals, visit their website at antler-ridge.com. 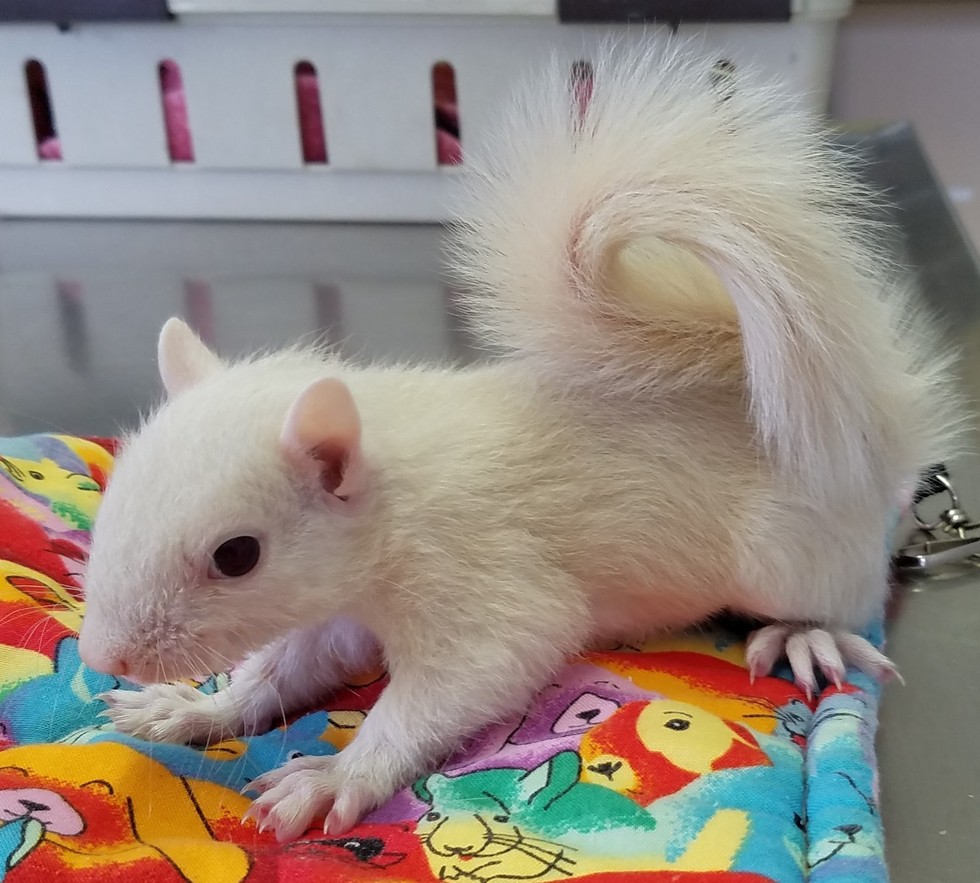