A rare female albino orangutan was rescued from villagers on Borneo island in Indonesia last month by the Borneo Orangutan Survival Foundation (BOSF). Between losing her mother, and being captured illegally, the five-year-old orangutan has suffered through a lot of trauma.

Villagers in Central Kalimantan province on Borneo had the orangutan for two days after she allegedly wandered out of the forest. Other villagers reported her capture to police and a government conservation agency who then asked BOSF for help. 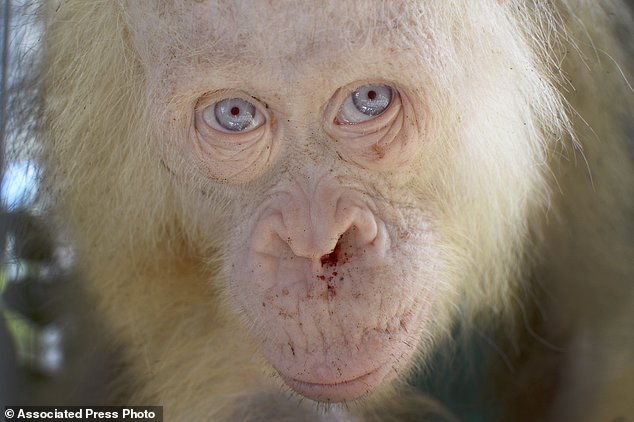 The orangutan was dehydrated, stressed, and showed signs of hair and skin conditions. She is now safe and being kept in a dimly lit quarantine enclosure, since she is very sensitive to sunlight. She has round-the-clock veterinarian care and is on the road to recovery. It’s unknown whether she’ll be able to return to the wild, but if not, she will always have a loving home here. 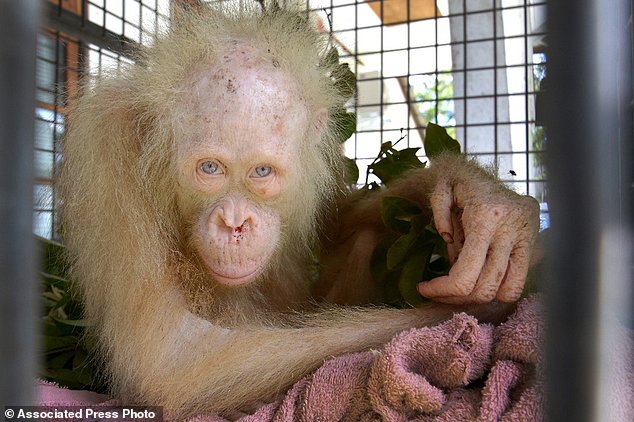 The foundation is asking for name suggestions from the public as they raise awareness about their status. Since she is part of a critically endangered species, the foundation would like a “meaningful” name for her that will “reflect the significant conservation challenges that orangutans face in the wild,” DailyMail reports. 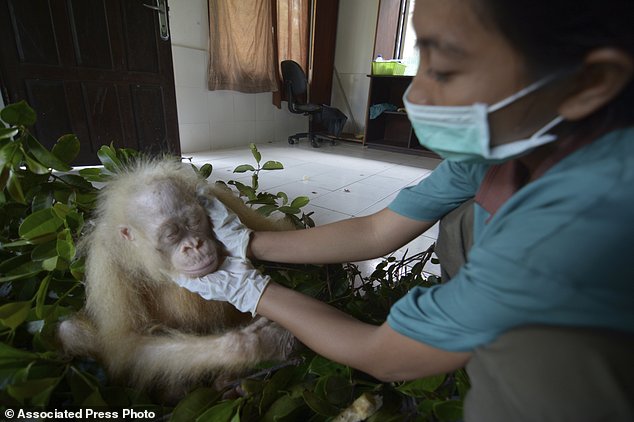 Aside from being critically endangered, the unnamed orangutan is even more unique due to her being albino. She’s the first albino orangutan that the foundation has encountered in all of its 25 years of conservation work. 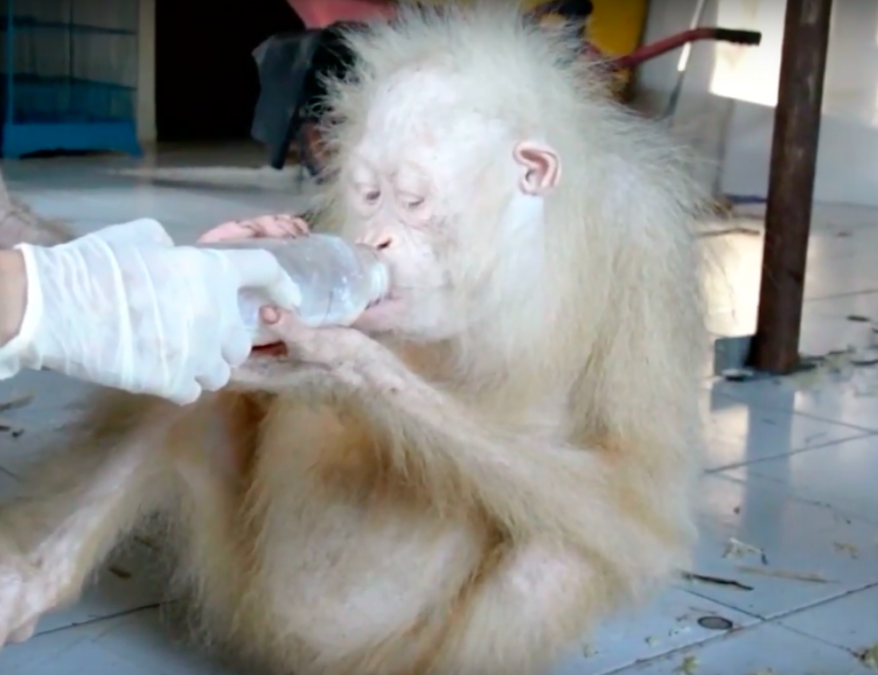 If you’d like to suggest names for this orangutan, send them to name@orangutan.org.id or use the hashtag #albinoorangutan on social media until May 14. They will announce the name of choice the next day.