After the end of live greyhound racing at Mobile Greyhound Park in Mobile, Alabama, the state now has one active dog track remaining.

Just 25 years ago there were 62 greyhound tracks in Alabama, WKRG reports. Now footage from the only remaining live track will instead be broadcast to the Mobile Greyhound Park to replace the live experience.

An estimated 400 Greyhounds are kenneled at MGP, which the racetrack has promised to help relocate and care for as they make the transition. Some will be adopted; WKRG maintains the track has placed at least 600 dogs a year into new homes through its Mobile Greyhound Pet Adoption Kennel and the help of local shelters. But others will be sent to racetracks still in operation, like Birmingham Race Course, now Alabama’s only live track. 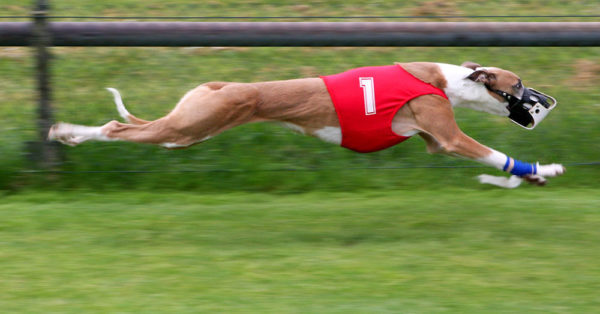 According to data from ASPCA, dog racing is banned in 40 states, and tracks only operate in six: Alabama, Arkansas, Iowa, Florida, Texas, and West Virginia.

Not all dogs survive the track, and many of those that do are left with severe injuries that keep them from ever racing again. A fact sheet from GREY2K USA states that between January 2008 and October 2016, 943 greyhound injuries were reported and at least 35 dogs died or were euthanized just at the Southland Park in Arkansas. And on two West Virginia tracks, the organization found 7,239 reported greyhound injuries, and 369 reports of dogs that died or were euthanized. 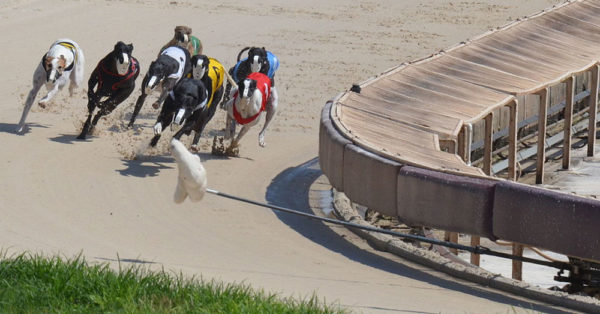 More than 80,000 Greyhounds have been exploited for entertainment by the dog racing industry, the ASPCA claims.

As the greyhounds from MGP make their way across the country, it’s important to note that dogs released after other racetrack closings have not been left in compassionate circumstances. Sometimes hundreds of dogs a month are abandoned or discarded by tracks, with little concern for their medical needs. Click the button below to help save greyhounds across the U.S.