Living On The Streets, This Pup Toting Around A Giant Mass On Her Neck Needed Help Fast!

At seven-years-old, Agnes the dog had been living on the streets in Karditsa, Greece for at least six months. When Agnes started wandering around Karditsa, it wasn’t an unusual sight. A lot of stray animals lived on the streets of Karditsa. But what caught the villagers’ attention was the giant mass on Agnes’ neck! This garnered various different responses from the villagers. Some tried to feed Agnes, others showed her nothing but abuse, and one kind soul called out for help. A kind human recognized that Agnes was either very sick, or, at the least, in a lot of pain. So they reached out to the Greek Animal Rescue organization for help. 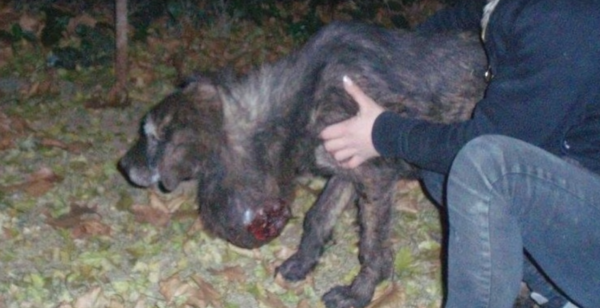 When the Greek Animal Rescue arrived, Agnes was very wary of them. It took a lot of time for her to trust the three rescuers, but when she finally did, they leapt into action. They got her to a veterinarian for treatment. It turns out that, in addition to the mass, Agnes had quite a few more tumors than they thought and that she had various gunshot wounds. With all of that ailing this little cutie, the doctors decided that the best course of action was to give Agnes a better chance with surgery. And they were right! After her surgeries, Agnes, was like a whole new pooch!

Three months after her initial rescue, and Agnes was given a clean bill of health. She is now living in England with a happy and loving family and has been given the chance to be the pooch that she was always meant to be! 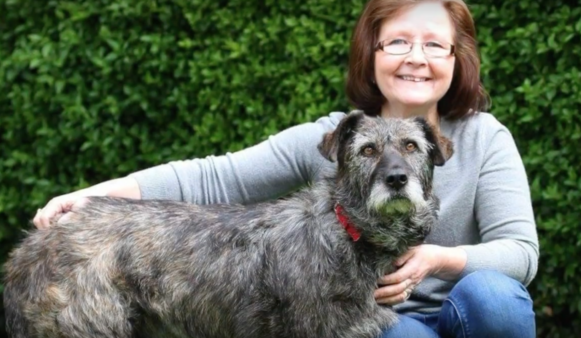