African civets look like a cross between a raccoon and wildcat, and although often referred to as African civet cats, they are not felines.

These solitary mammals are mostly nocturnal and have dense fur and long tails. They are said to be shy animals and generally don’t attack humans, but can be aggressive when threatened.

One unfortunate African civet got its tail and hind leg tangled in a barbed wire fence and was pulling with all its might to get free, but to no avail. Thankfully, a man driving along the road in South Africa spotted the distressed animal and immediately pulled over to help. 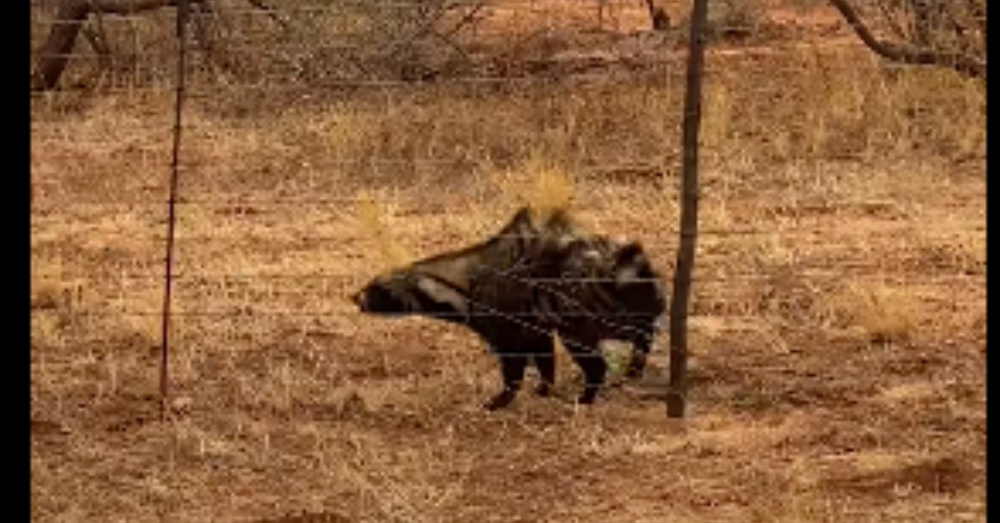 The other passengers waited in the car but recorded the heroic rescue. The man took along a towel and a tool to cut the wire. The scared civet tried to run away as the man approached but the wire was wrapped tightly around his tail.

The man carefully maneuvered around the civet and kept a safe distance as he could see the animal was afraid and defensive. 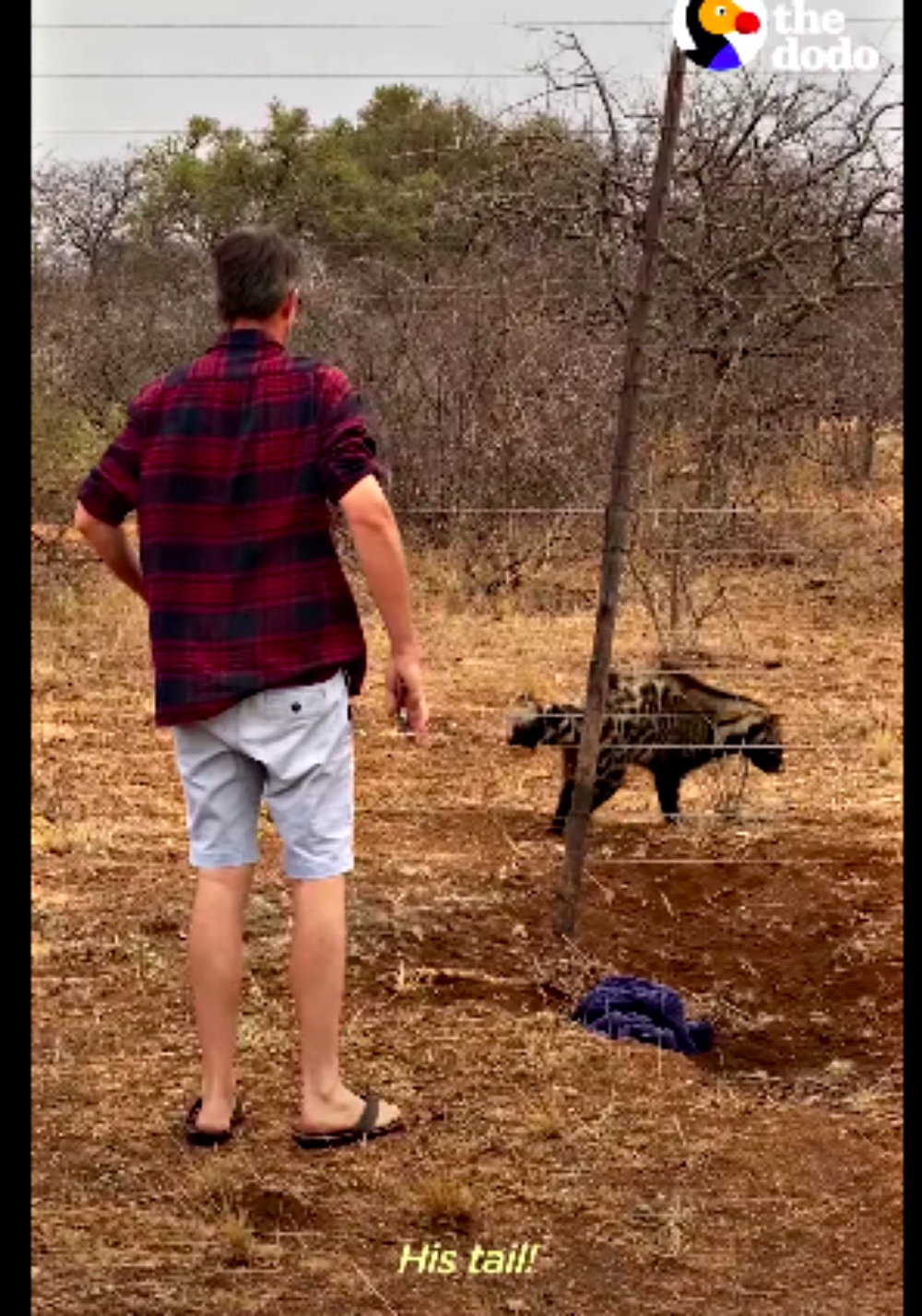 He managed to snip some of the wire but jumped back when the animal turned towards him and tried to bite. He went back to the car and said, “He’s gonna chase me when he gets loose.” He was speaking from experience as he said it happened to him before, “once they’re free, they think it’s your fault.”

But he didn’t let that stop him from saving the civet’s life. He went back to the fence and continued to unravel the sharp wire. Twenty minutes into the rescue, the civet reportedly relaxed and finally accepted the man was there to help. 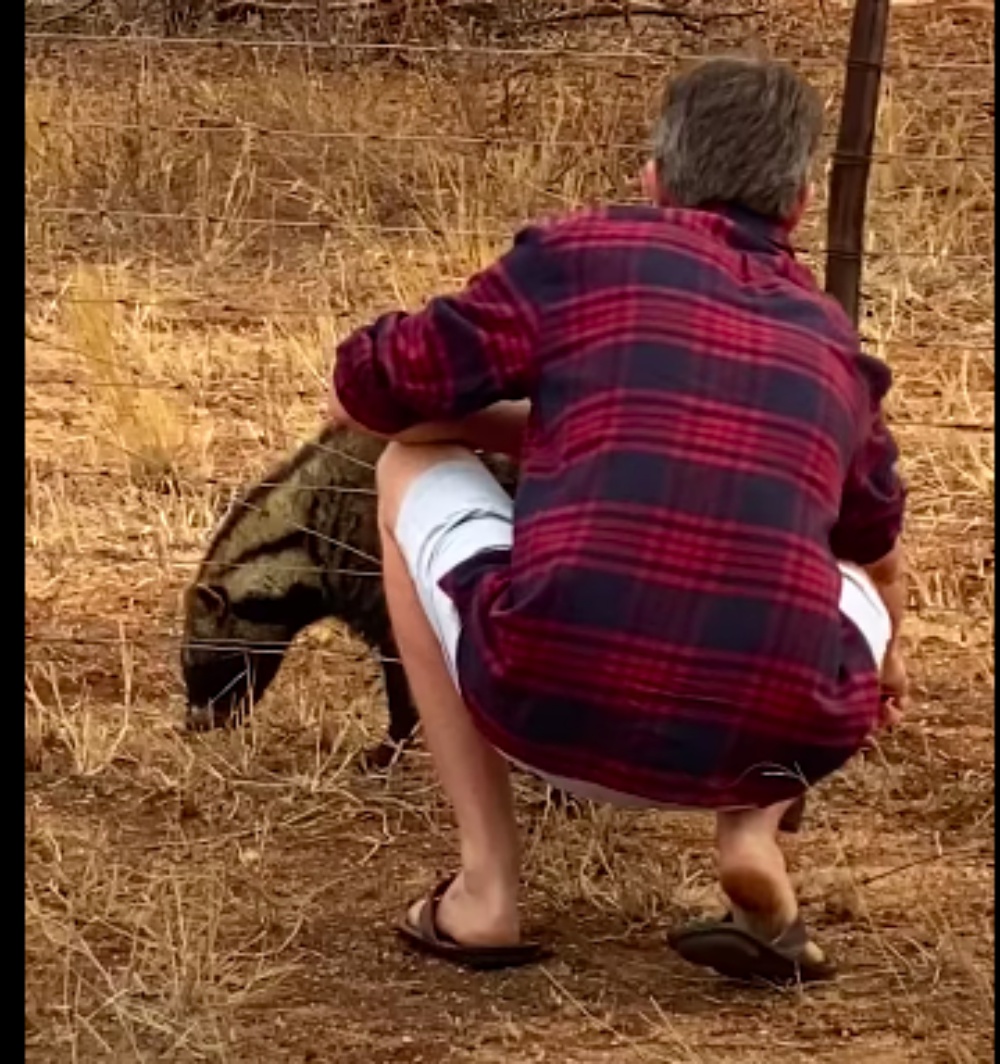 The rescuer snipped the last wire from around its tail and stepped back. Once the civet realized it was free, it didn’t come after the man but took off running in the opposite direction.

The Dodo posted the rescue video taken by LionWatch Project SA and it has gone viral. 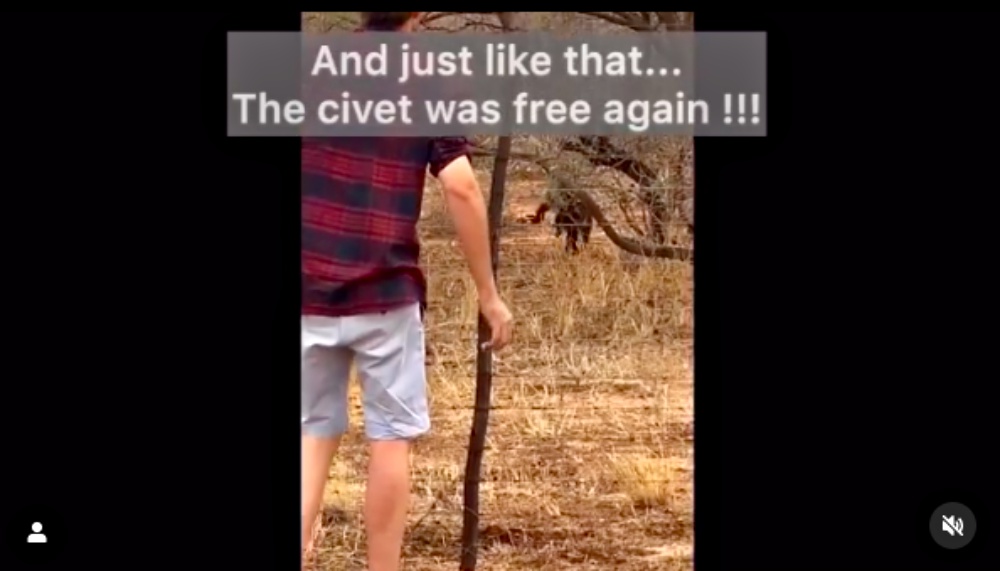 One grateful viewer commented, “Thanks so much for rescuing this poor animal. You are a very brave & kind good man for helping it. If you didn’t free it it would have died. You are a hero & God bless you for persevering & been so patient even though you could have been badly bitten. When an animal is in pain or stressed out it lashes out to try & protect itself. Thank you so much.”