What does it take to get people upset? Apparently, it takes somebody trying to sell their dog for $450.

Not everybody has the same love of pets as you may have. More than likely, you could never imagine a day that you would want to take your dog out of your home but there are those who would be willing to do so, for a price.

The story was found on the subReddit Choosing Beggars and it really has people up in arms. That area of the Internet exposes individuals who are trying to manipulate others into giving them cash for no good reason. The example of this woman who tried to get rid of her dog and then demanded a price is a perfect example. 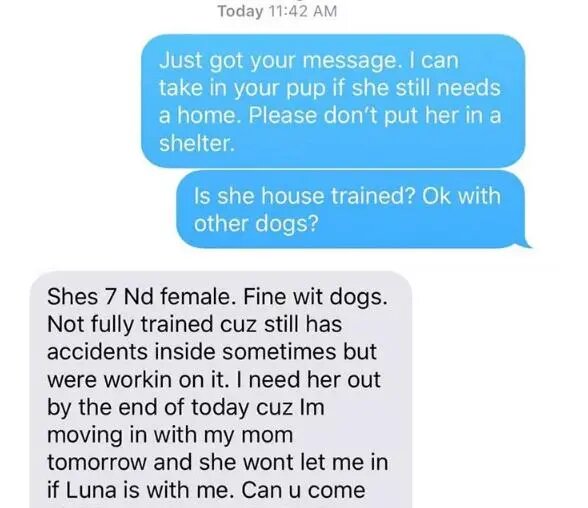 It seems as if it starts out as a conversation between two individuals who know each other. At first, the person says that they are not interested in having another dog in their home because they already have two dogs. She was just trying to do the dog a favor. 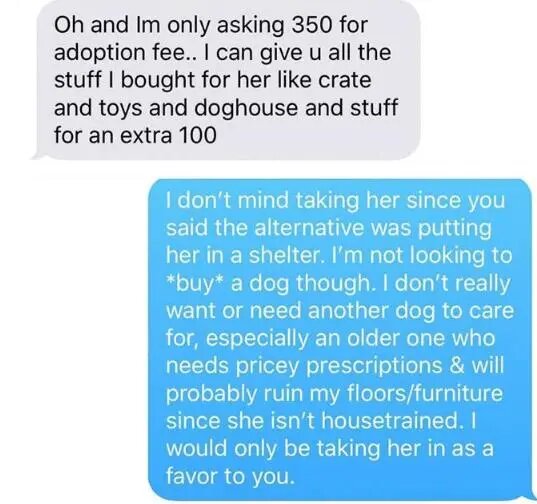 The favor that she was asking for is suddenly turning sour. She tries to sell her dog to someone who didn’t want the dog in the first place.

Fortunately, the person on the receiving end was not having it. She called her out and reminded her of the importance of taking care of a dog in the proper way. We can only hope that the dog is no longer under her roof. 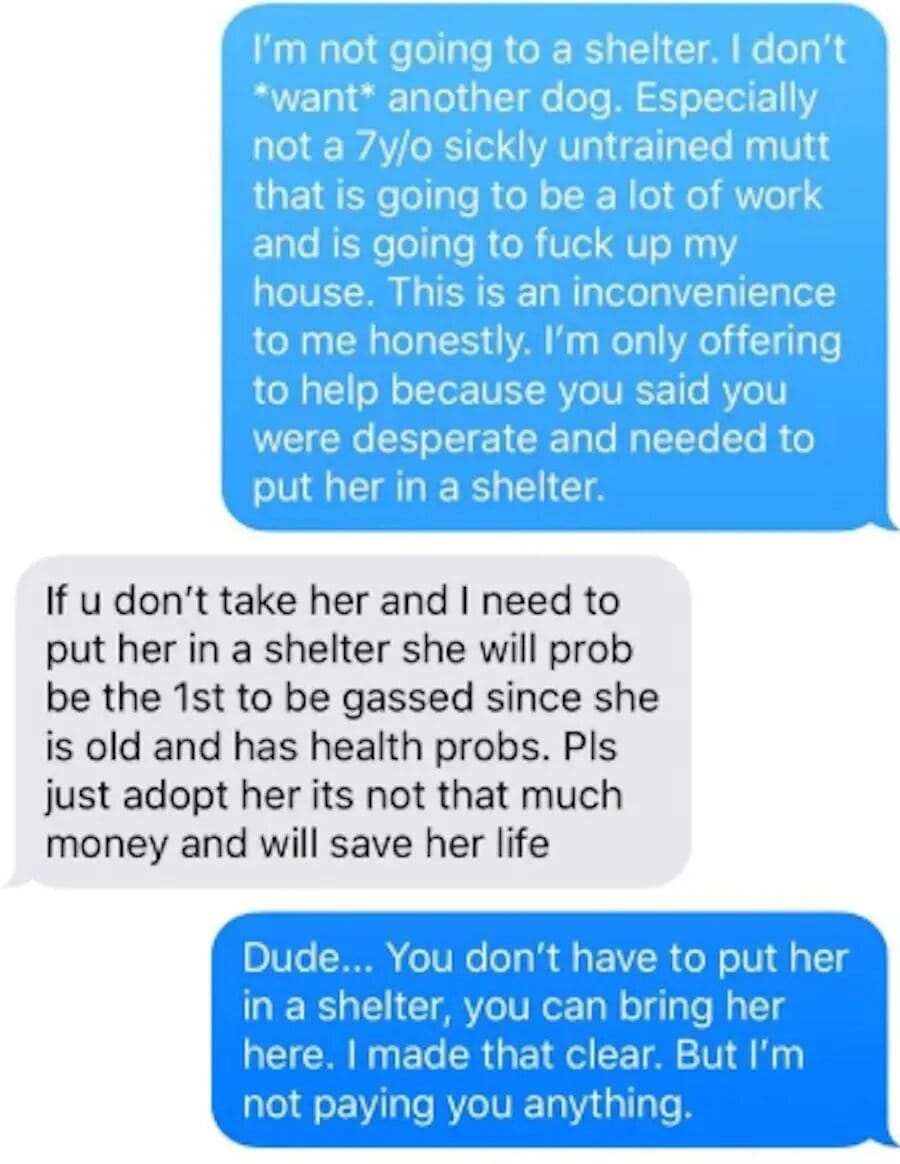 There is another story on Choosing Beggers about a woman who was trying to steal a dog that was for sale.

In the end, it blew up but the story behind it can make your blood boil. 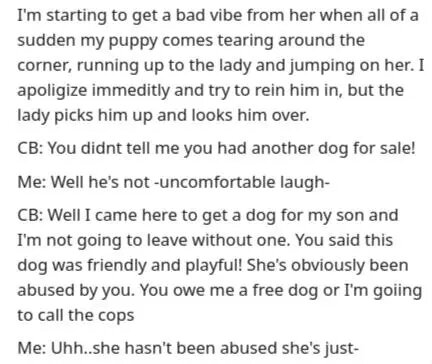 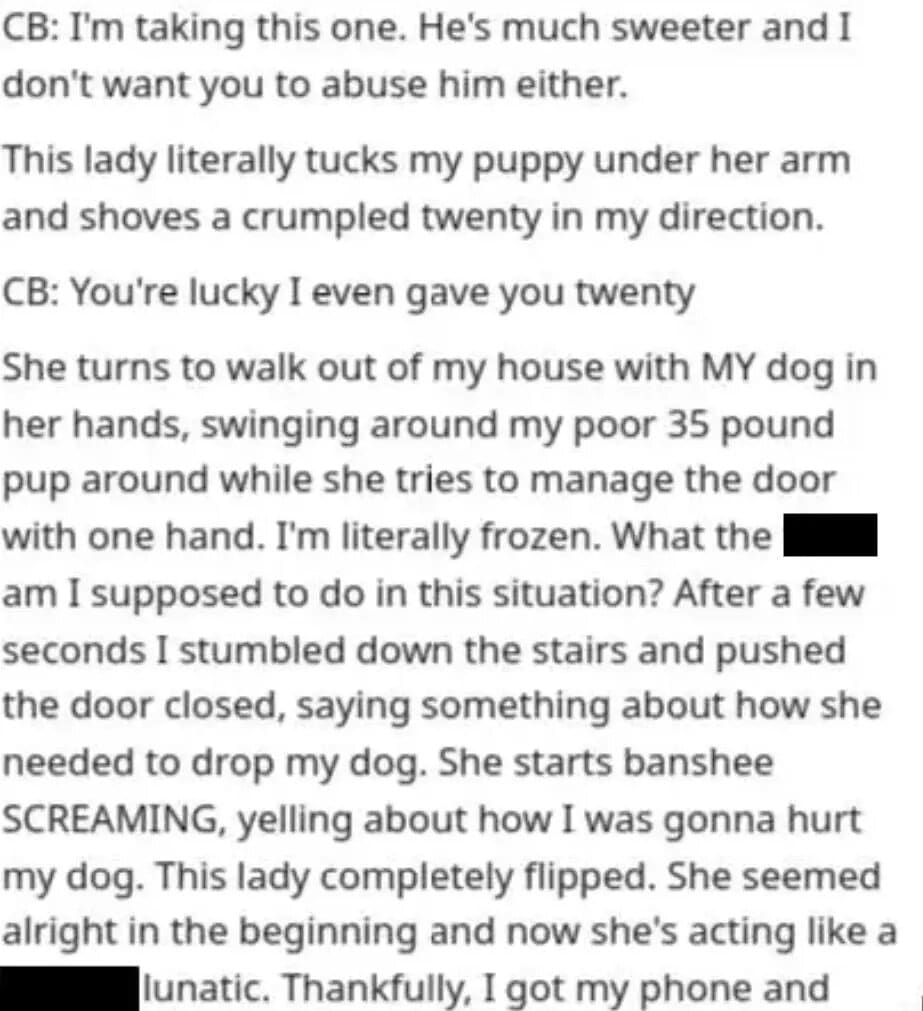 The person was able to call the police before the woman got away with it. She ended up leaving the dog behind and running. 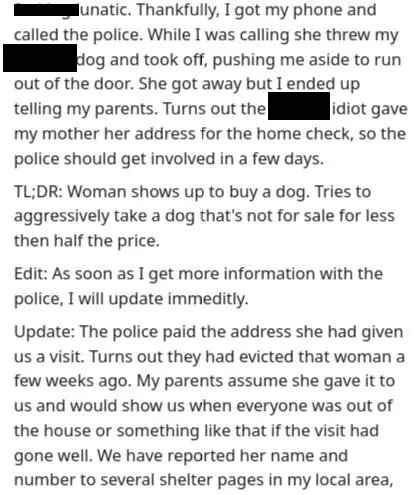 It seems as if she was just trying to get even with the property owners who had evicted her. Disturbing, to say the least.