It is not uncommon for many types of animals to mourn the loss of their babies, and Molly the beagle is no exception to this rule. She was distraught after losing an entire litter of puppies at birth, and her family had a hard time cheering her up again.

But a miracle happened a few days later, and this sad mama dog got a new baby to mother! A young possum who had been abandoned by its mother decided that Molly would make a good substitute and immediately latched onto her. Molly happily adopted the youngster and allows it to climb on her back and ride around like it would have with a possum mom, even though it isn’t quite the way Molly probably expected her “puppy” to behave. 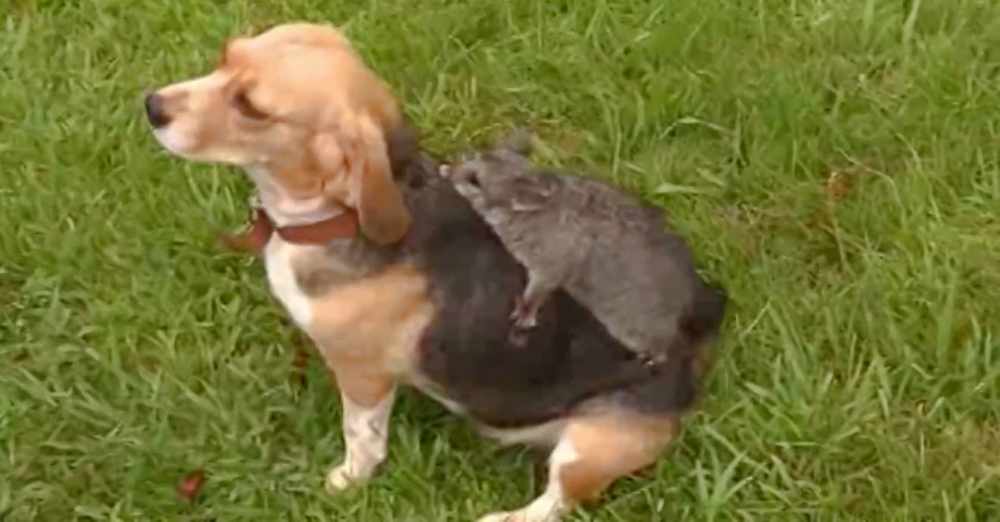 These two darlings are absolutely adorable. You can see just how proud Molly is of her new baby, and the little possum looks so comfortable and secure! 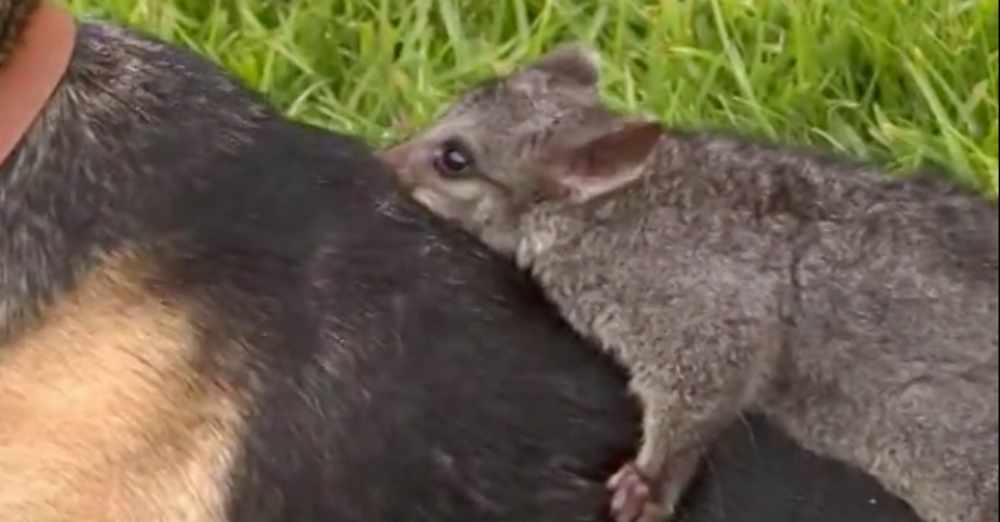 The possum has been aptly named “Poss,” and she is nearly inseparable from Molly. The pair now passes the days on a cattle farm in Victoria, where Molly’s family lives. We’re so glad to see a happy ending for these critters who have both lost somebody important to them. 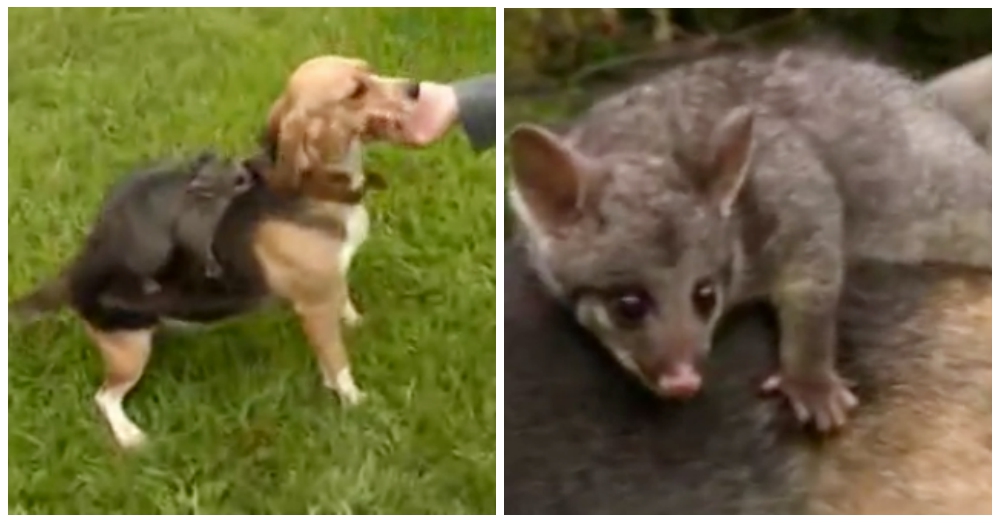 When Poss does decide to go off alone to nap in a tree, Molly even waits under the tree, patiently and protectively, until her little one is ready to come down again. This is just one more reason that dogs are really the best creatures on the planet; we don’t deserve their love! 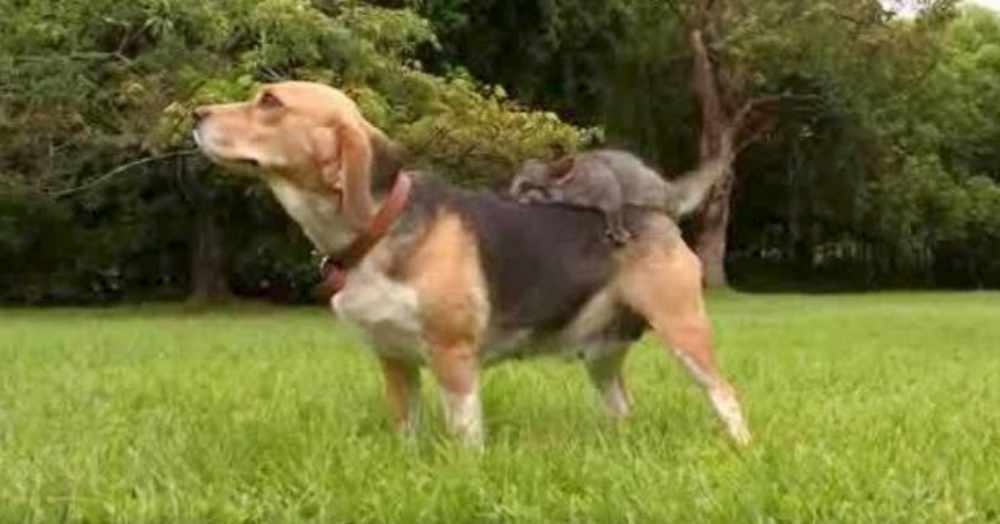 Have you ever seen a dog do something so selfless to care for another creature, even if it wasn’t even the same species? We’d love to hear your story in the comments.

You’re not going to want to miss the footage of this proud new mama giving her baby a ride around the ranch. Check it out in the video below!

After Being Injured by Poachers and Rescued, Baby Rhino Befriends a Goat: Click “Next” below!