The 35-year-old “Star Wars” actor gained attention on social media Wednesday when he posted a video of himself informing the public about French film director Leos Carax’s dog, Javelot, who had previously gone missing that Tuesday. 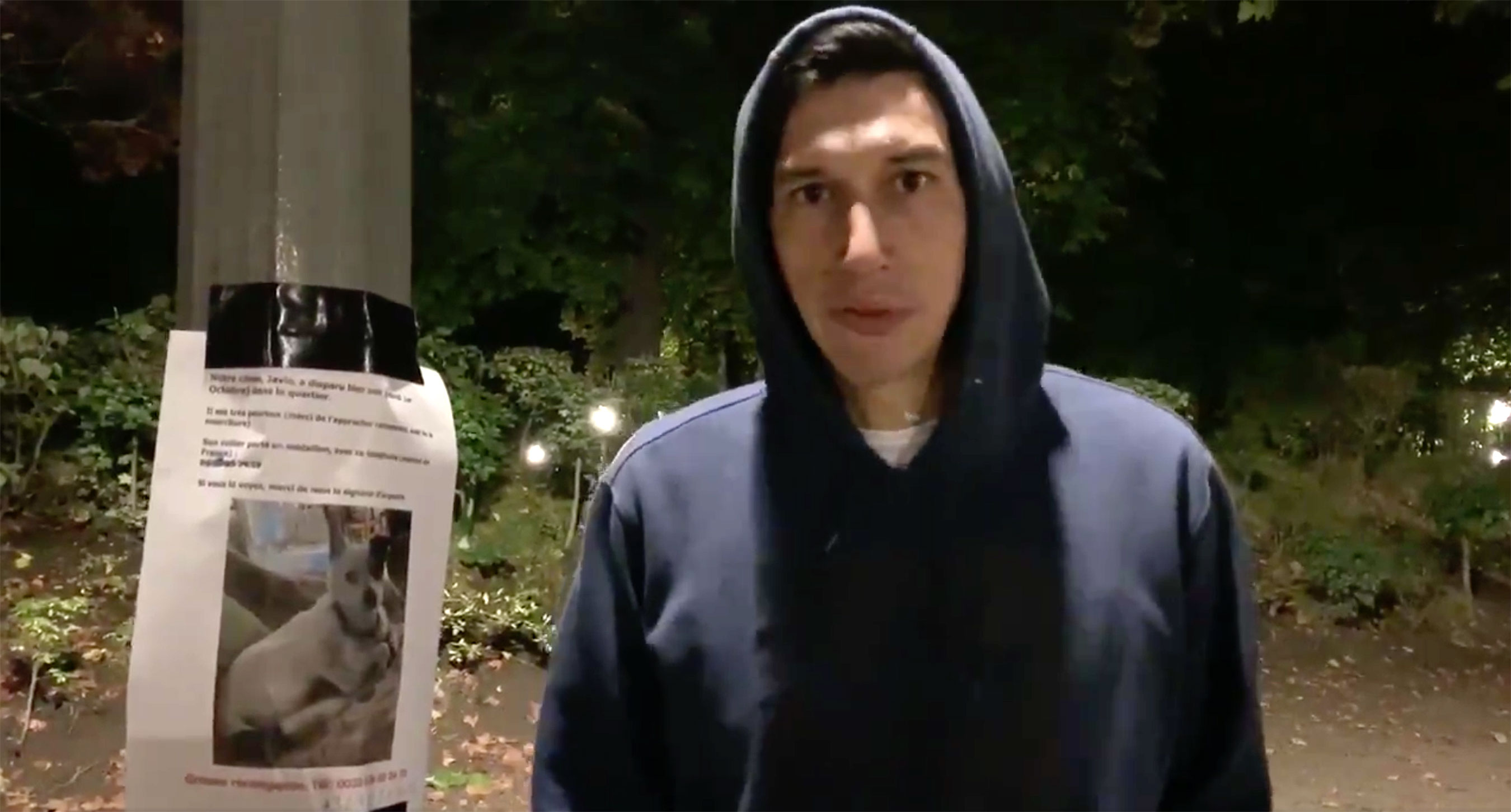 As IndieWire reported, while working on the musical drama “Annette” in Belgium with Carax and Mark Hamill, little Javelot ran off. This prompted Driver to use Hamill’s Twitter account – as Driver isn’t on social media himself – to call upon the public for help.

Driver started the video clip standing beside a picture of Javelot saying, “My name is Adam Driver, I’m currently in Royal Park in Brussels, looking for this guy, Javelot.”

He continued, “He went missing yesterday, we were shooting a scene in a club, as you do, and we were outside and got spooked by some of the traffic and ran off, so he’s been missing for 24 hours.”

Then he made some heavy promises to the public saying, “The last place he was seen is in this park. If anyone has seen him, please give us a call, he is very much a member of the crew … We will put you in the movie. We’ll give you chocolate. We’ll christen your child. We’ll do anything as a way of saying thank you.”

#AdamDriver is asking for help to find #Javelot– #LeosCarax’s dog! He is 9-yrs old & has been missing for over 24 hrs. We want to make sure he is warm-has shelter & fed-Watch video for more info-Let me know if you’ve seen him or can help by phone or text Try Max at +32472342341 pic.twitter.com/lqi6DPOnBf

The video also featured a close-up of Javelot’s missing dog poster. Within a day, the clip had been viewed nearly 1 million times.

Hamill also included some more information about Javelot in the video post, saying, “He is 9-yrs old & has been missing for over 24 hrs. We want to make sure he is warm-has shelter & fed.”

Hamill also included a phone number for calling with tips.

It was no surprise that the campaign worked and Javelot was located and rescued.

While Javelot’s rescuer remains unclear, IndieWire was able to confirm through a producer for “Annette” that Javelot was found after the video’s release.