Fisherman Gets Startled By Thrashing In The Water. What He Reels In Was The Surprise of a Lifetime

It was not a typical day of fishing for a Queens, NY, fisherman on Aug. 22, when he accidentally hooked and reeled in a sea turtle swimming in the waters of the East River. The last thing he probably expected to see was a turtle. And, from the video, the last thing he wanted to do was hook and reel in the unsuspecting reptile. 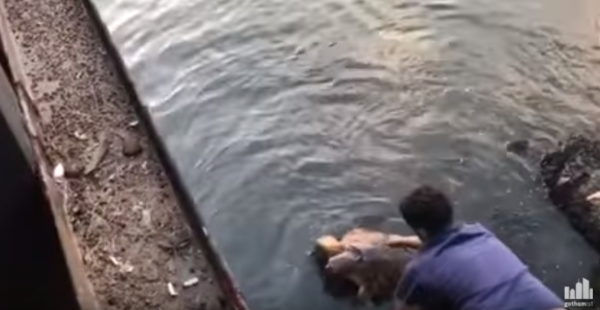 According to an article at Gothamist.com, a man named Chris Carlson was in the area in Long Island City near the Costco store around 7:30 p.m. “I was just walking past and heard the guy screaming, ‘What the hell is that?! What did I catch?!’” he told Gothamist. 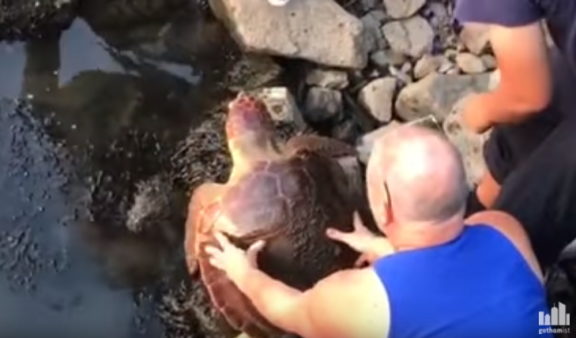 They hold turtle to steady him. (Photo courtesy of YouTube/Gothamist)

The turtle was seen thrashing around. According to Carlson, he then pitched in to help after they all saw the turtle come to the surface. “We all jumped down there and luckily they clipped the hook with pliers and they had him back in water in two minutes tops,” he told Gothamist. 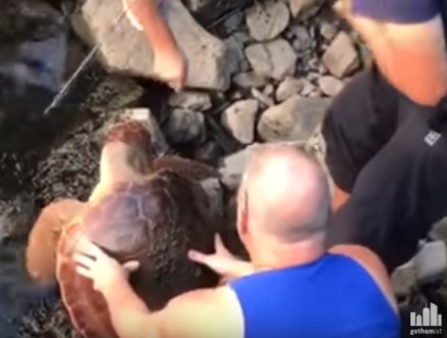 Turtle is hooked and they get ready to free him. (Photo courtesy of YouTube/Gothamist)

Carlson was one of three men in the video who helped to rescue the bewildered turtle. They held the turtle carefully while also trying not to get bitten at the same time. Thankfully, the turtle was not terribly entangled, making it somewhat easy to get him free. 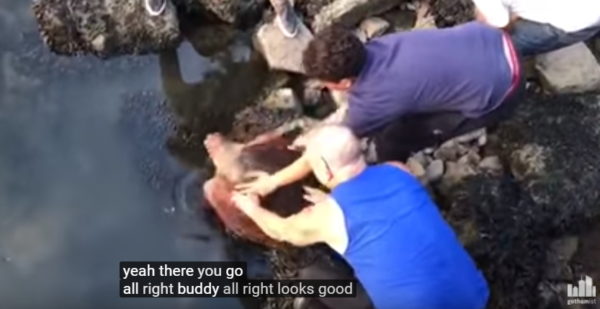 Gothamist reported that “The Riverhead Foundation says that sea turtles are usually found in the Long Island Sound during summer months.” A representative of the organization told Gothamist, “Sea turtles follow food—this one probably got lost.” 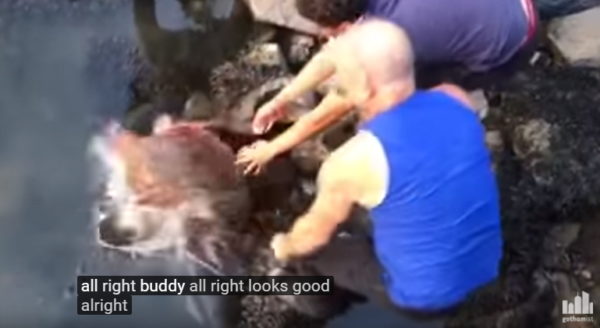 The men set him free. (Photo courtesy of YouTube/Gothamist)