A 30-Year-Old Horse Was Abandoned After Years Of Abuse

Arthur, a Belgian draft, spent most of his life as a work horse in a farming community in New England. But once he turned 30, they no longer needed him.

From there, he went from auction to auction and dealer to dealer. During his journey, he met another horse named Max who he grew very close with. The two of them were headed to a high-kill auction in New Holland, when Cindy Daigre, founder of Ferrell Hollow Farm Senior Horse Sanctuary in Tennessee, rescued them. 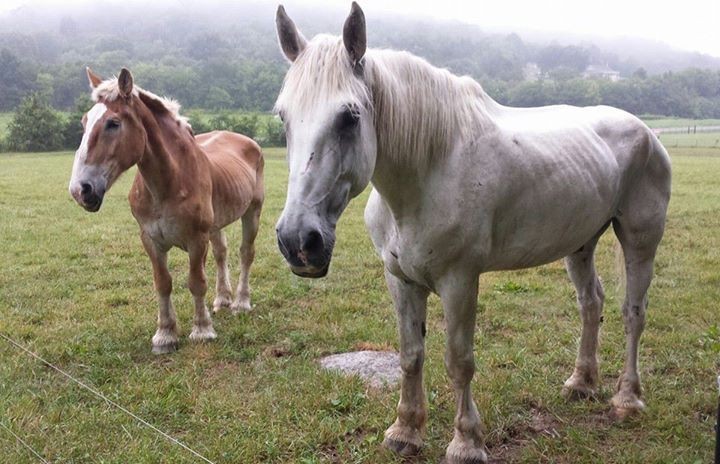 Daigre saw the two horses on a website where the horses were being brokered out. She saw how emaciated and in such bad shape these horses were, that she knew she had to do something to save them. “I was told that Arthur was purposely starved while waiting to go to the next auction and the man that had him often sold thin old horses to the ‘cat man’ with exotic cats for meat,” Daigre told The Dodo. “I was horrified.” So thankfully, with the help from others, Daigre was able to hire a transporter and get both of the horses to her sanctuary. 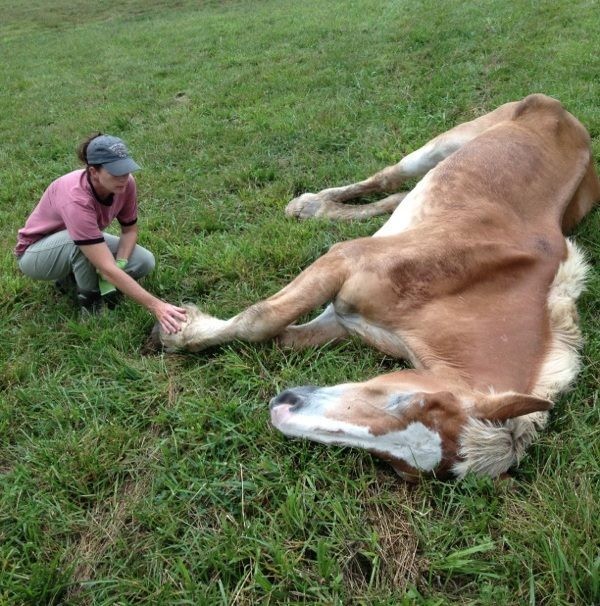 Even though the horses were now safe, Daigre knew they would have a long journey to recovery. Arthur was so skinny and weak that he couldn’t even stand up on his own. He was exhausted and would just lie on the ground with no appetite for food or fun. 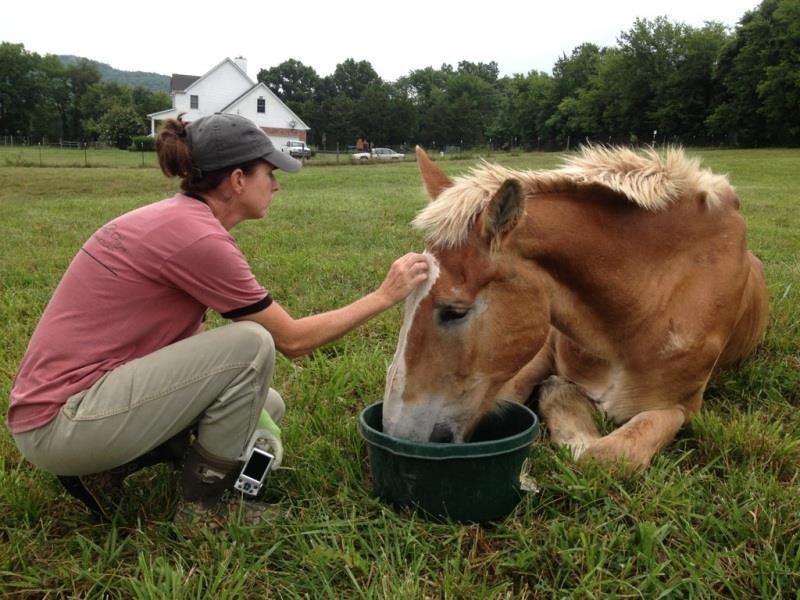 Eventually, Arthur settled into the sanctuary and began to eat. He began to grow stronger every single day. But recovery wouldn’t be as easy for his best friend Max. 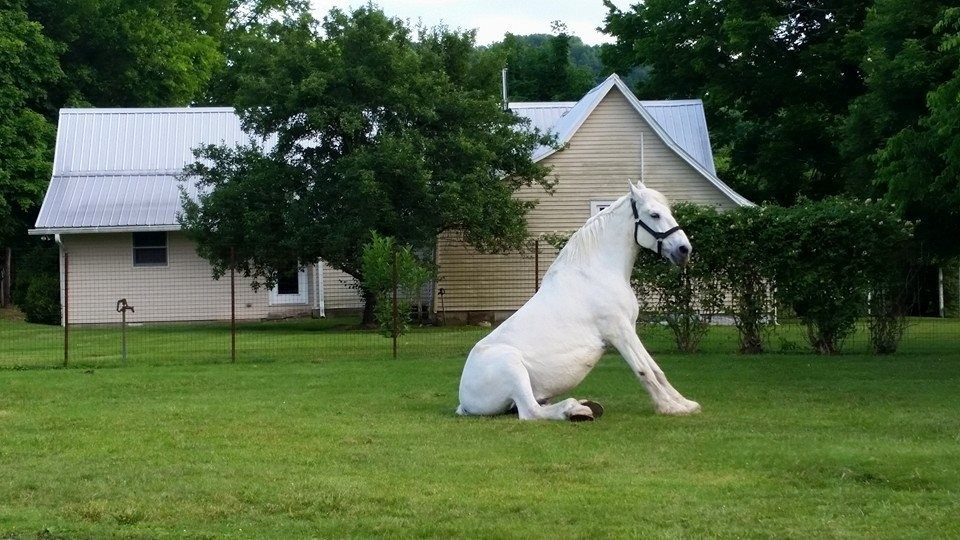 “Max has a back injury with neurological issues as well as feet issues,” Daigre said. He also has scars all over his body from past abuse. “He was physically abused and was so full of fear upon arrival and had no use for people. He was actually dangerous to work with.” 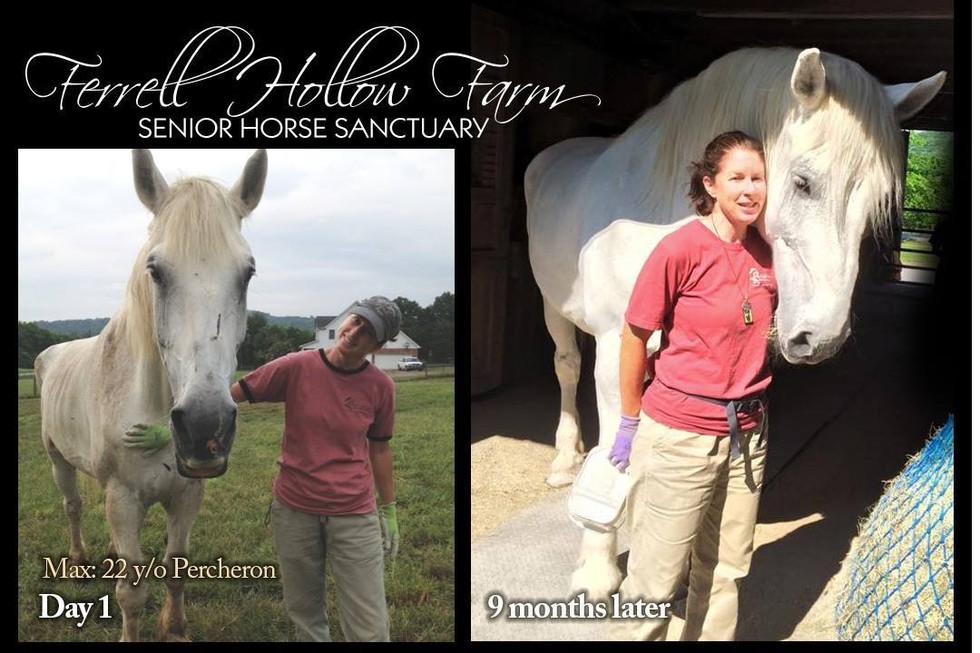 Although working with these horses was a challenge, it wasn’t one that Daigre ever gave up on. Within a year of the rescue, she had started to see drastic improvements with Max. Now, two years since their rescue, both horses are extremely healthy, strong and so sweet. 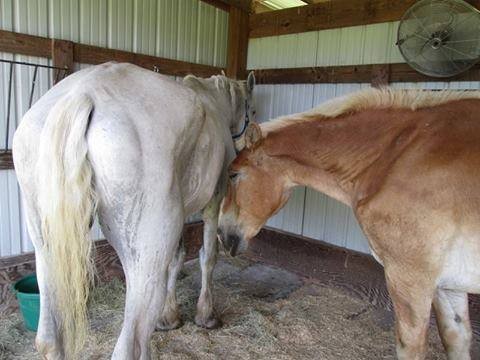 Arthur also now has a long, beautiful mane which they braid in the summer to keep him cool. Both Arthur and Max are still the best of friends and love spending time together. “They have a friendship formed through tragedy and then compassion,” Daigre said. 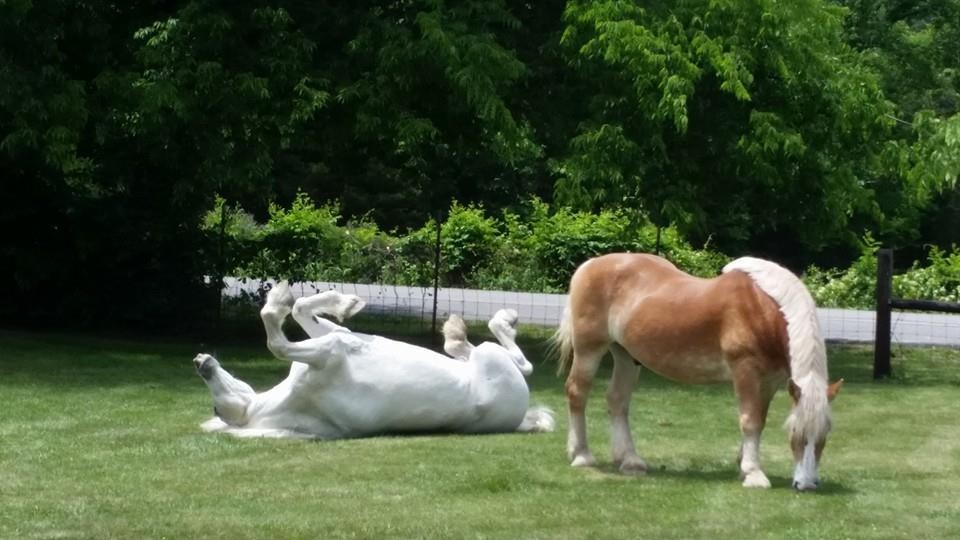 You can keep up with Arthur and Max’s journey on the sanctuary’s Facebook page. 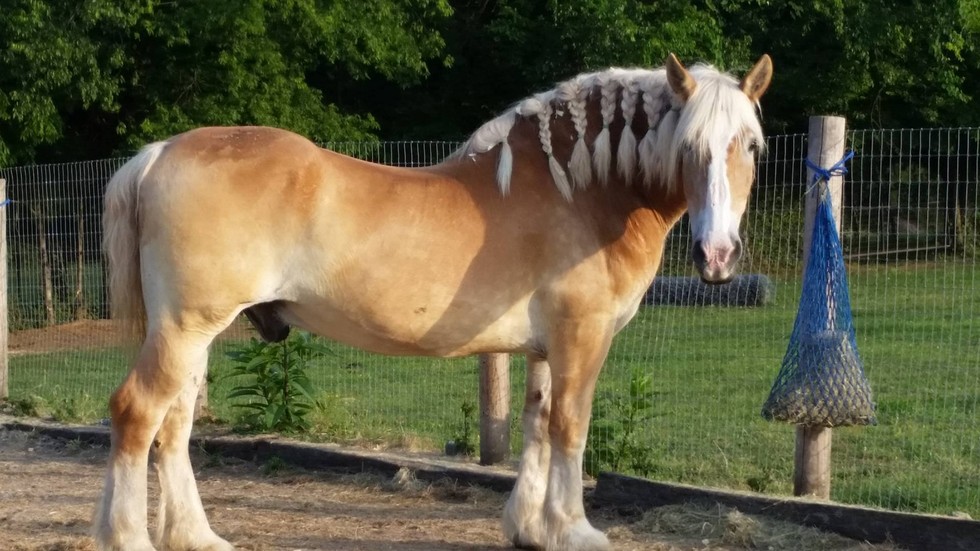