We don’t live in a perfect world – and that is abundantly clear any time we hear about cases of animal abuse. Animals are the most pure-hearted creatures in the world, so it always baffles me as to why people can be so mean to them? Sadly, there are many animals out there suffering from abuse and neglect who’ve never known love and kindness in their lives.

There was one dog, Phoenix, who had never known that anything other than pain and suffering could come from human beings – at least until he met Takis. Phoenix had lived most of his life chained up. And as police would report, he was often beaten by his violent owner. There were many complaints filed against the man, and eventually, the police were able to seize Phoenix and get him out of his dire situation.

However, Phoenix was quite an aggressive dog. There was no blaming him, he had spent his whole life facing hardship and mistreatment. Since the police were not sure how to handle his aggressive behavior, they reached out to Takis, who facilitates a shelter up in the Ierapetra hills of Crete, Greece. 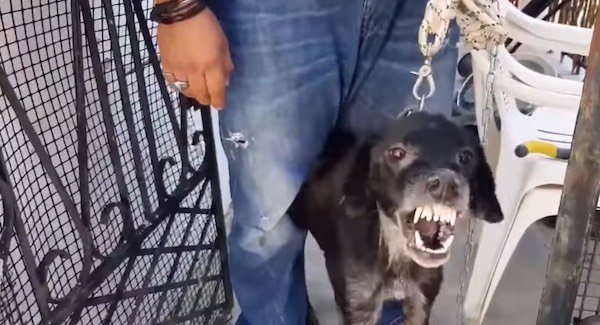 When Phoenix first arrived at the shelter, he refused to leave his crate, even going as far as lunging at Takis every time he tried to offer him his hand. Understandably, people’s hands made the poor dog nervous, since he had suffered many beatings at the hands of his previous owner.

Takis took it slow with Phoenix, even telling the dog, “We will try again later and we will be very good friends, soon, ya?”

Eventually, later in the day, Takis was able to make a breakthrough with Phoenix. The dog had finally exhausted himself, that he ended up accepting a loving hand from Taxis. It was his first taste of real kindness. 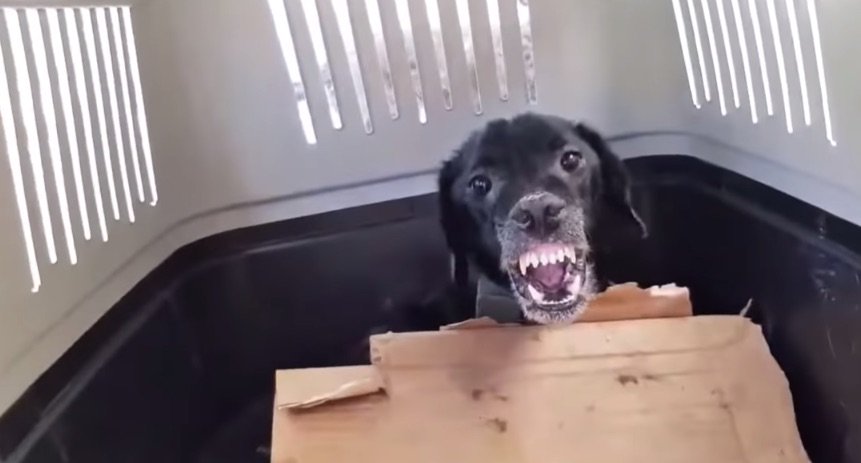 In fact, it was this kindness and love that helped the dog feel trusting enough to respond by giving Takis his paw.

Takis was clearly overwhelmed with positivity by the gesture that he exclaimed, “Bravo!”

As Takis explained, “It took Phoenix some time to get used to the fact that a hand doesn’t mean pain.”

Eventually, time helped Phoenix to grow in confidence, and he began to come out of his shell and make such positive changes. He even got on well with the cats in the shelter, even though his former owner claimed he used to kill cats before. 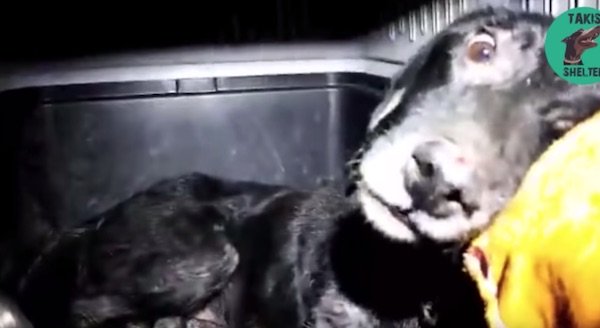 As Takis had said about Phoenix, “he’s doing great with everyone.”