Abandoning a pet is a heartless thing to do, and often leaves the animal with little hope for survival. Sadly, some are taking this heartlessness to a whole new level.

The latest in shocking animal abuse trends, cruel animal owners are abusing their own pets in hopes of getting narcotics from the veterinarian. According to USA Today, one recent case found a Kentucky woman cutting her dog with disposable razor blades, bringing it to the vet, and asking for strong opioid painkillers.

“I remember my initial feeling of disbelief – this can’t be real,” said investigating officer John Thomas. “It was shocking.” 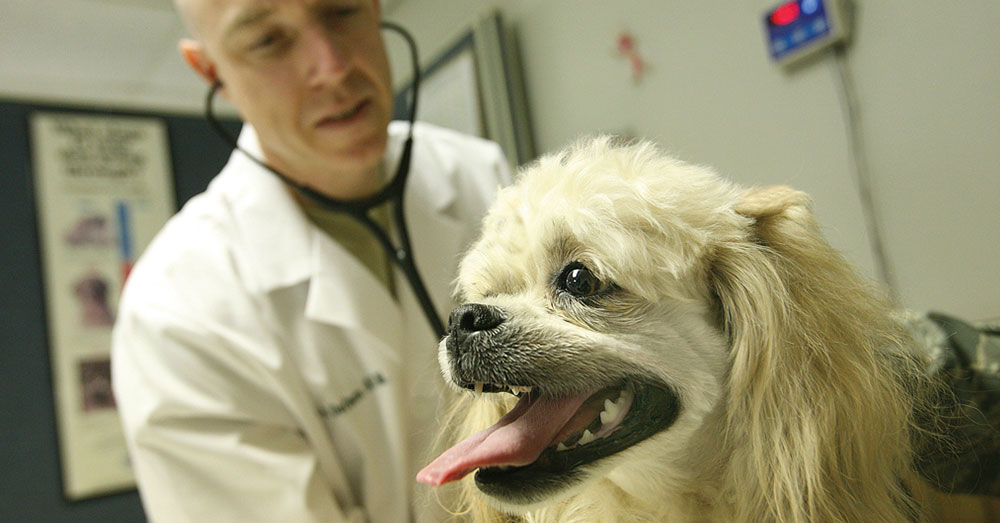 Source: Joint Base San Antonio
Pets are being abused so their owners can get narcotics.

In Ohio, a man taught his dog to cough during vet visits to get hydrocodone cough syrup. Another case involves a pet owner seeking an anxiety treatment from five different veterinarians, though the animal never took the prescribed tranquilizers.

This isn’t the first time such activities have been uncovered, and likely won’t be the last. In hopes of driving down the epidemic, the U.S. Drug Enforcement Administration’s Diversion Control Division in Washington has alerted more than 200 Kentucky doctors and veterinarians to rigorously screen patients seeking opioids, which have taken hold of poorer communities, particularly in the American Southeast, in recent years. 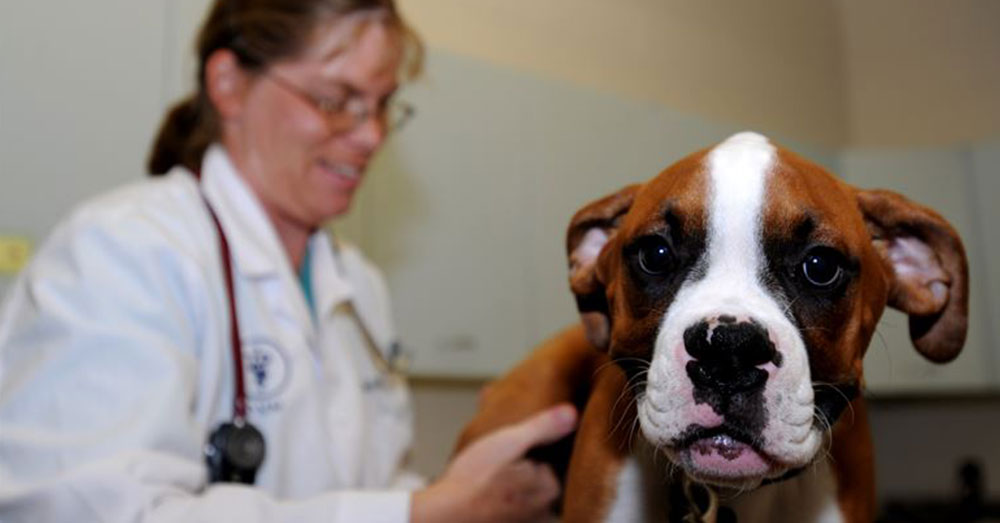 Source: U.S. Air Force
Some animals have been cut or trained to repeat certain behaviors to get an opioid prescription.

According to a report published by the American College of Obstetricians and Gynecologists, in 2007, nearly 23 percent of women who were enrolled in Medicaid programs in 46 states filled an opioid prescription during pregnancy. And, between 200 and 2009, antepartum maternal opioid use increased by nearly a factor of five.

Overdoses on opioids are no longer uncommon, either. Even President Donald Trump, who has long sought after a less-regulated free market, threatened to sue opioid makers on August 16 for what he called ” almost a form of warfare,” the Wall Street Journal reports. 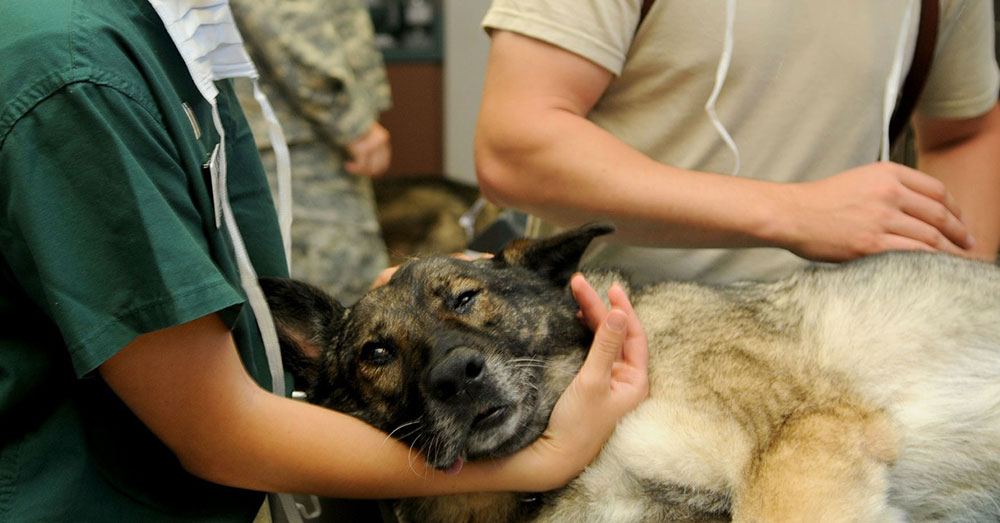 Source: Max Pixel
Opioid addiction is a becoming a huge problem in the U.S.

Federal orders do little to quell the urges of those addicted to opioids, however. And animals are the latest demographic to fall prey to the epidemic.

“Certainly, we know that people who have a drug problem will do almost anything to obtain them,” said Doug Peterson, president of the Kentucky Veterinary Medical Association. “Is it something the average vet sees on a monthly basis? Probably not. But we need to be concerned about it.” 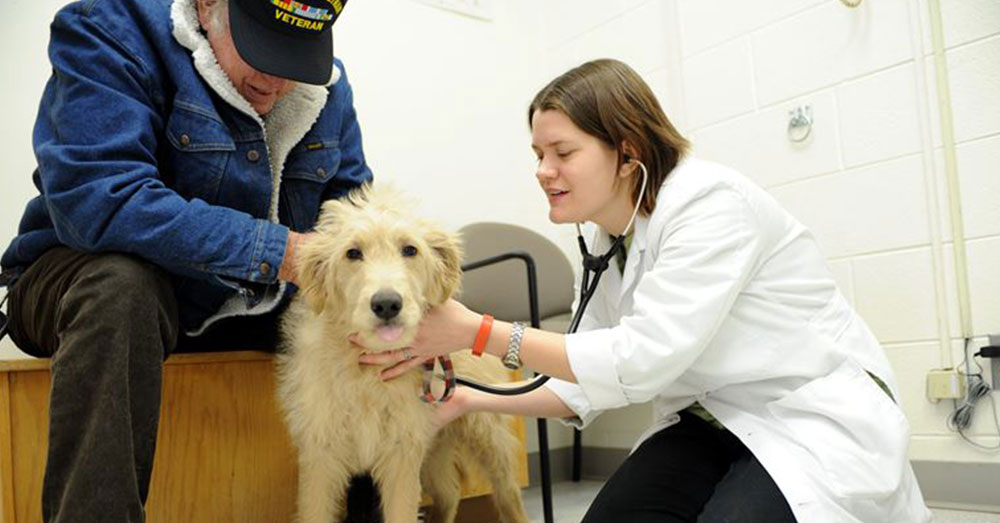 Outside of Kentucky, a general lack of instruction for how veterinarians are supposed to handle cases like these has only compounded the problem.

“There’s not a clear path as to what veterinarians should do,” Lee Newman, the co-author of a survey of Colorado veterinarians on the problem, and founding director for the Center for Health, Work & Environment at the University of Colorado Anschutz Medical Campus told the Denver Post. “If pain medication is what’s needed, then they are going to do what’s best for their patient. What they can’t control is whether the owner of the patient is going to divert those drugs and either take them or sell them.” 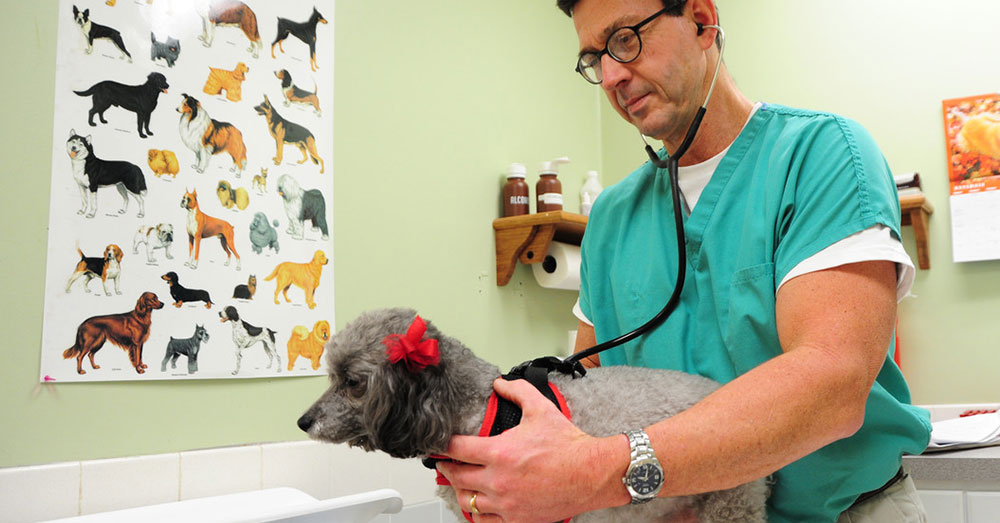 Newman’s survey found that at least 13 percent of the 189 vets he contacted were aware of using their own animal to obtain drugs, while 44 percent of them knew a client or staff member with an opioid addiction.

“There is a need to reexamine and redouble efforts to ensure the highest standards of inventory stocking, tracking and security from the time these medications reach the clinic to the time they are either dispensed or returned to the supplier,” Newman wrote. 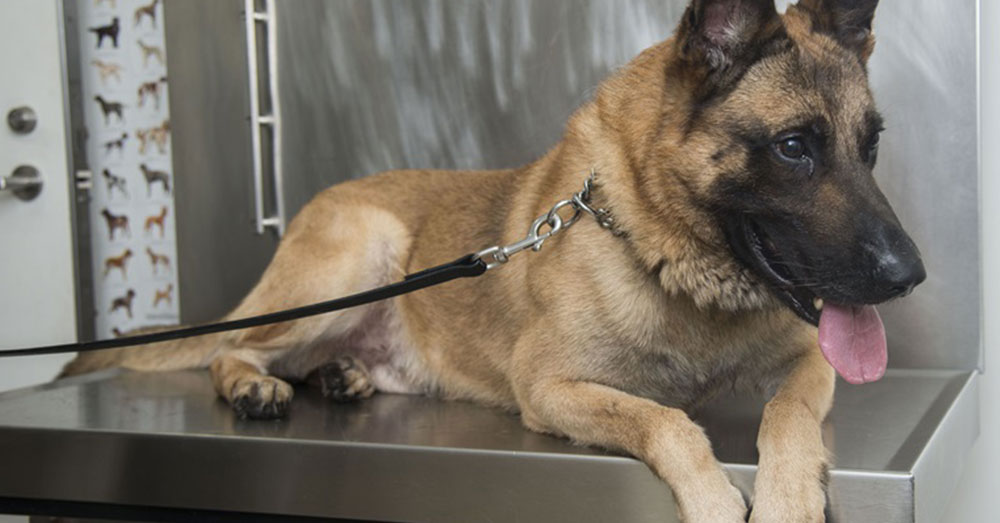 Source: U.S. Air Force
Without narcotic painkillers, some animals may be in greater pain.

And when veterinary clinics are shut down as a result of federal raids, both the animals and their owners wind up worse off, and going to greater extremes to find drugs.

“The potential for abuse is real,” said Dan Givens, Auburn’s associate dean for academic affairs in the College of Veterinary Medicine. “Due to concerns about drug abuse, some veterinarians are not going to prescribe some controlled substances. They are not going to have them in their clinics.” 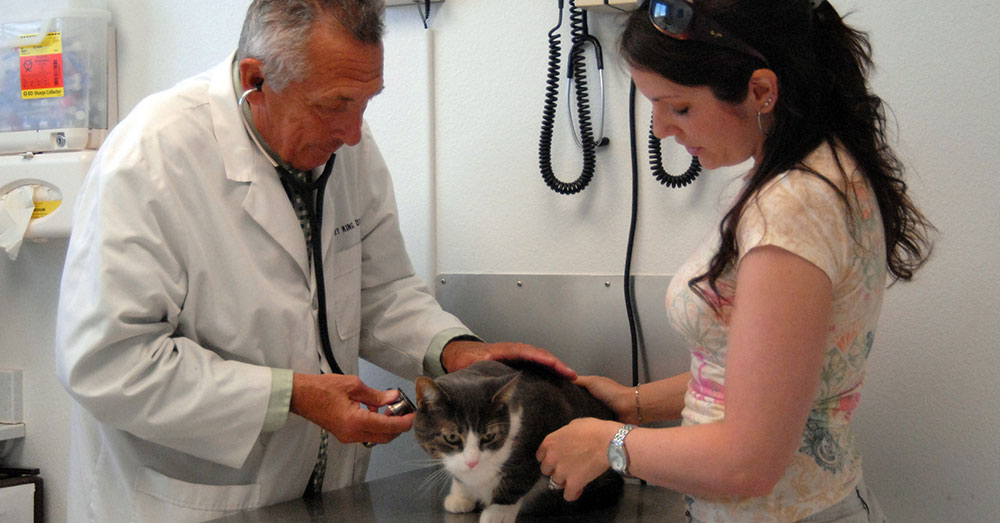 Source: U.S. Air Force
Opioid abuse is a serious problem, and animals are the latest victims.

Judges are becoming less lenient on prescription drug abuse than they have in previous decades, particularly with this new brand of crime. In the case of the woman who cut her Retriever’s legs to get narcotics, Circuit Judge Kelly Mark Easton handed down a felony sentence of four years in prison for obtaining a controlled substance by making false statements, as well as the misdemeanor torture of a cat or dog.